These photos were taken September 24, day 10 of my Craft Beer Tour 2021; a day that started off innocent enough, but resulted in a couple unexpected surprises. One surprise I should have remembered, but 2020 must have screwed with me; the second was totally unexpected and the fact that everyone was wearing masks made it totally mind-blowing.

So, it was Friday morning and I had arrived the previous Saturday, it was time to go before I bored them; I announced I would leave for Yakima, Washington in the morning. As I sat down to Google Maps to figure out how long it would take to get there and whether or not there were any breweries along the way, I remembered Grains of Wrath in Camas. When I put it as a destination I discovered it was only 30 minutes away; and I knew they would have the fresh hop IPAs that I was looking for. Matt was game and we had a few hours before we could pick up Dom; game on.

I met Grains of Wrath (GOW) co-founder and head brewer Michael Hunsaker back in 2017 when Grains of Wrath did a collaboration IPA with El Segundo Brewing Company. I visited the brewery in 2019, so I was pretty confident Grains of Wrath would have the fresh hop IPAs I was looking for; they did not disappoint.

They had about 15 brews on tap, but I played total hophead and made up a flight made up of their fresh hopped Grave Dancer, Built For Speed, Dystopia IPA, and Shakalicious IPA. As soon as I smelled Grave Dancer I knew I had found what I was looking for.

After the flight and a little food we had to hit the road to do some errands and bring Dom home. There was no way I was going home without picking up some GOW for the road. As I was studying what was available, I heard “Lloyd?” in a voice I recognized; as soon as he removed his mask I think everyone was a little blown away. The last photo of the gallery will show you who I ran into.

Grains of Wrath (GOW) Brewery & Restaurant is located at 230 NE 5th Avenue in Camas, Washington. They are open seven days a week, have a full restaurant, a large dog friendly patio, and offer cans, growlers and crowlers to go. 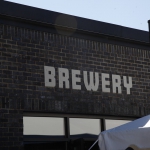 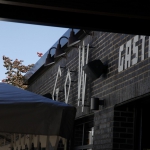 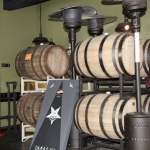 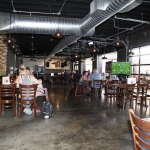 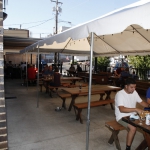 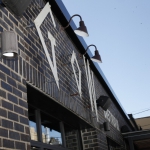 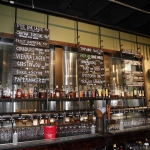 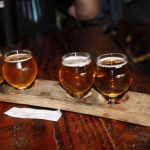 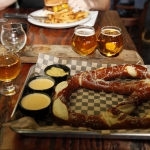 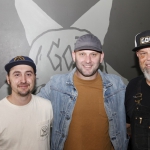