These photos were taken between September 18 and 22, days four through eight of my Craft Beer Tour 2021. There were several repeat visits, including McMenamins, Oregon City Brewing Company, and Shattered Oak Brewing, and a first time visit to Stickmen Brewing Company.

When I left Bend the weather had turned crappy, which was probably a good thing for Bend as the evening before had been quite smoky so I am sure the wind and rain helped clear that out, but it also cleared me out.

The drive from Bend to Oregon City is only 160 miles, but it takes at least three hours to accomplish due to the lack of freeways and lots of small towns with 30 MPH speed limits. It did not help that it rained like nobody’s business while I was driving through the mountains. Apparently Oregon City had not had rain in three months, so my trend of bringing cold and wet weather wherever I travel is intact.

I was headed to Oregon City because that is where my friends of 20 years, Matt and Dom, live; and they always make sure I have a good time even if they don’t really care for beer. About halfway there I stopped for a breather where I also responded to the text asking if I wanted to stay in or go out. As long as I didn’t have to drive anymore, I was fine either way.

While neither Matt or Dom drink beer, Dom enjoys the menu at McMenamins so that is where we headed.

McMenamins is a chain that buys old schools, churches, and hotels (for example), and then restores them as brewpubs and gastropubs.

I didn’t count the number of beers that they had on tap that night, but suffice it to say that there were more than enough to create my flight of six, that were brewed across three or four brewpub locations.

My flight consisted of their Hammerhead Pale Ale, Heat Waves: Strawberry Passion Fruit Sour, Kennedy School Kolsch, White Tiger IPA, Gnomebody Has to Know, and the Thundercone Fresh Hop Ale. All the brews were solid, with the standouts being Heat Waves and Kennedy School, but Thundercone was the best of all.

McMenamins Oregon City is located at 102 9th Street in Oregon City. They are open seven days a week, have good food, and offer growlers, crowlers, and some cans to go.

As Dom had some fairly major surgery scheduled for Tuesday, Monday we sought a brewpub with a good food menu for her last meal before fasting began. Stickmen Brewing Company in Lake Oswego came up and got the nod due to their food menu.

Stickmen is definitely what I would describe as an upscale brewpub at a very nice location on the lake. The truth of the matter is I was informed that they did not brew at the Lake Oswego location, but as I was leaving I could not help but notice the 7 1/2 bbl brewhouse. Sadly, I could only take a couple photos through the window.

Stickmen Brewing had more than 20 beers on tap, which was more than enough for the flight I would prepare. The flight consisted of The Bee’s Knees Blonde Ale, Paddle Pale Ale, Gaijin Dream Lager, Stickmen IPA, Schonheit Kristallweizen, and SMAC Triple IPA. Since I had a designated driver, I took advantage of the fact and had my first Russian Imperial Stout of the journey, their Gannibal’s Wrye Musings. All seven brews were very nice, but I loved being able to enjoy a full pour of Gannibal’s.

The Stickmen Brewing Company location I visited is located at 40 N. State Street in Lake Oswego. They are open seven days a week, have a dog friendly patio, and offer cans to go.

Tuesday was surgery day, so after helping out with some errands I had some solo time available, so I contacted my friend Murdoch, and arranged to meet for a beer at Oregon City Brewing Company.

I have known Murdoch for about 10 years, and he is probably known best around here as an ex-semipro football player who is involved with rescuing big dogs.

I had visited Oregon City Brewing back in 2018, but never got to photograph the brewhouse; once the beertender saw I was with Murdoch, the doors opened up for me.

After snapping some photos I sat down for a flight and conversation with my friend. With close to 30 brews available, there were plenty of beers to choose from. I made up a flight of their Stout Lager, Provision Pilsner, Mello Amarillo, and Fresh Hop Elevator. They were all solid but I needed just a little more, so I ordered up a couple Penthouse Double IPAs for us before we parted company; it was definitely my favorite of the day.

Oregon City Brewing Company is located at 1401 Washington Street in Oregon City as is open seven days a week. They have a dog friendly patio and offer cans, bottles, and crowlers to go.

With Dom still in recovery, Matt and I took care of business then attempted to visit a local cidery that turned out to be closed, so we headed over to Shattered Oak Brewing.

I will admit, I did not recognize Shattered Oak when we pulled up. I kind of recognized the Perky Pantry food trailer inside, but asked if I had seen it elsewhere; I was assured this was the only location they had ever been at. The beertender, Brandon, suggested he recognized me; but it wasn’t until I sat down to write this that I realized I had first visited them in 2019.

They had about 10 beers available as well as five guest taps of ciders; I sat down to a flight of their Kolsch, Yamdemic Sour, Forest Pale, and The Roots Milk Stout on Nitro. Their Doppleganger was a nice finish.

Since Matt wanted to case out the ciders for Dom, I also set him up with a cider flight made up of the Raspberry Spritz, Blood Orange, Pomegranate and Strawberry Rhubarb ciders.

Shattered Oak Brewing is located in The Hive Taphouse at 13851 Beavercreek Road in Oregon City. They are open daily and will fill growlers and crowlers with a limited number of bottled specialty beers to go. The Perky Pantry is there daily to provide a very interesting selection of munchies. Cheers!

Back to Photos From the Oregon City Area
[Show as slideshow] 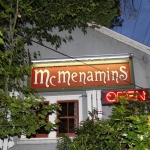 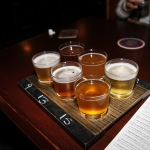 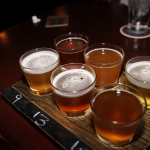 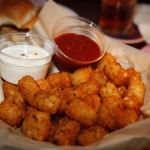 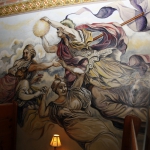 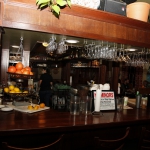 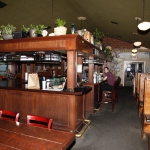 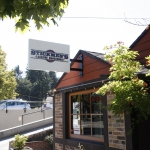 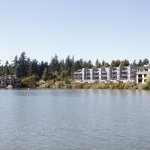 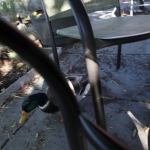 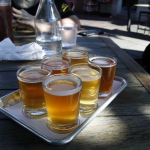 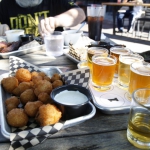 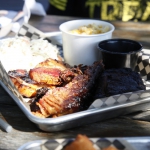 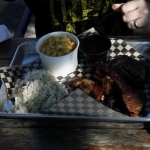 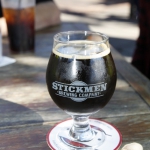 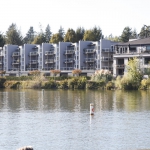 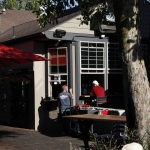 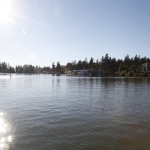 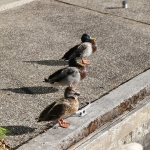 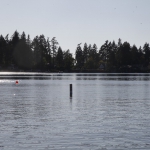