These photos were taken Monday, September 30, day one of my Craft Beer Tour 2019. Once again, I am on my way to GABF, courtesy of the Brewers Association. As I have done with my previous visits to Denver, I will use this as a craft beercation. I plan on returning to the Pacific Northwest, but Mother Nature may change that; we shall see what happens. My stops today were at Flagstaff Brewing Company, Historic Brewing’s Barrel and Bottle House, and the relatively new, Mother Road Brewing Company brewery.

The day started off well enough, I left the house around 8:30 and hit minimal traffic. As I approached Kingman I recalled that I found a brewery last year, but I read a 3 as a 5 on a sign and didn’t figure that out until I was past Kingman with no easy way to get back. To add insult to injury, I had to pay $.20 a gallon more for gas at the next stop.

I did something different this trip; I made reservations at a motel and asked for recommendations on new [to me] breweries in Flagstaff. One brewery that got several mentions, that was new to me, was Rickety Cricket Brewing, so I had set my GPS for it. Seven and a half hours later I parked across the street, paid for two of parking, walked across the street and they were closed up; like, paper over the windows closed. I asked a couple people that worked virtually next door and received the same blank response from each of them. Eventually I did talk to one person that suggested Rickety Cricket was remodeling; I guess I will find out next year,

Since I had paid for two hours of parking, I walked next door to Flagstaff Brewing Company and had a Millie Brite Xtra Pale Ale while I decided what I was going to do. I had visited Flagstaff Brewing in 2016 and I had Buddy with me so I didn’t attempt to get any photos of the brewhouse.

Flagstaff Brewing Company is a brewpub and is located at 16 East Route 66 in Flagstaff and they are open seven days a week and their patio is dog friendly until 6:00 PM.

Less than 10 minutes away was the Historic Brewing Barrel and Bottle House, so Buddy and I walked down there. When I first walked in I wasn’t sure this was the place for me; it looked more like a bar that a brewery, so I asked the bartender if they brewed there. She informed me that the brewery was a few miles away, and if I wanted a larger beer selection that what she had (two) I should continue walking through the black door where they 20 taps. As I had paid for two hours of parking it was a no brainer.

So yeah, they had 20 taps with everything from a cold brew coffee to a dry hopped mead; 11 of the taps were theirs, the other 9 were guest taps. I set up a flight of Alternative Facts, Piehole Porter, Coulda Shoulda Woulda, See You Monsoon, Barn Burner, and Two Brothers In the Dark Cherry. My only regret was that there was no way I could pay more on my parking spot without walking all the way back to the car. It was a great stop; I may visit the actual brewery next time, but would have no qualms returning to this location.

Historic Brewing Barrel and Bottle House is apparently a brewpub; I never noticed what food they had, so sorry about that. They are located at 110 S San Francisco Street, are open seven days a week, have a dog friendly patio and offer growlers and cans to go.

My last stop was the new Mother Road Brewing Company brewery. I say it is new because the last time I visited Mother Road in 2016, this new location did not exist. I don’t know if you are familiar with Mother Road, and if you are, how long it has been since you last visited, but they have expanded a lot since my last time there. The new brewery has a 20bbl brewhouse, with a bunch of 80bbl fermenters. I really enjoy their beer but the growth has been phenomenal.

After taking photos of the brewhouse and talking with their head brewer, Buddy and I went into the dog friendly taproom. I was only there a few seconds when I saw a face that looked familiar; it was Cedar who was the Assistant Manager at the original location when I went there in 2016. He set me up with a flight consisting of Blanche de Flagstaff (a collaboration done with Dragoon Brewing), Texas Tea (a blend done with their Lost Highway Black IPA and Conserve and Protect Kolsch), Something Automotive (a collaboration done with O.H.S.O. Brewery), and their flagship, Tower Station IPA.

Mother Road Brewing is always a great stop. The location I visited is located at 1300 Butler Avenue. They are open seven days a week, are dog friendly, and offer growlers and cans to go. Cheers!

Back to Photos from Flagstaff Brewing, Historic Brewing, and Mother Road Brewing
[Show as slideshow] 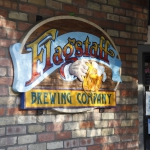 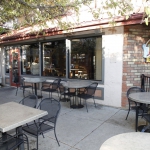 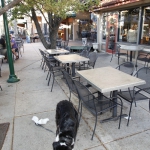 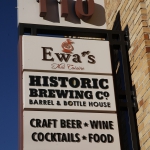 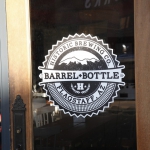 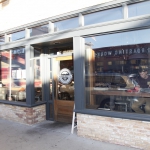 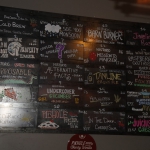 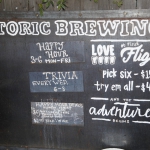 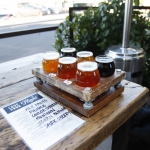 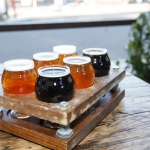 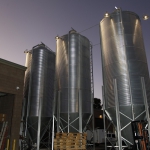 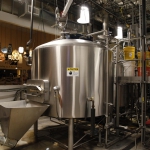 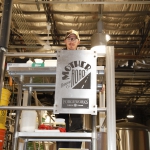 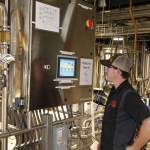 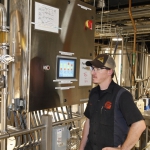 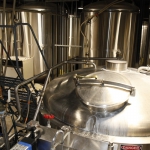 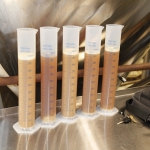 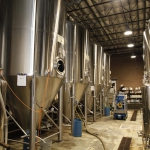 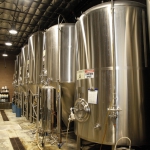 1 2 ►
Back to Photos from Flagstaff Brewing, Historic Brewing, and Mother Road Brewing