These photos were taken Tuesday, October 1; day two of my Craft Beer Tour 2019. The photos were taken at La Cumbre Brewing and Canteen Brewhouse, in Albuquerque, New Mexico. My GPS said it would take 4.5 hours, but I was losing an hour when I entered New Mexico. All I know is that was the longest four hour drive I have ever been on.

Anyway, when I left Flagstaff I set my GPS for La Cumbre Brewing Company. I wanted to go the last couple of times that I have visited Albuquerque, but things just didn’t work out; nothing was getting in my way this time.

I am not sure what I expected because they are pretty well known, but I did not know just how “big” they were. I grabbed a couple photos while looking for someone to talk to, but I never did see the brewhouse.

When I was there, they had 15 beers to choose from, with everything from a hefeweizen to a gose; but to be honest they were pretty IPA forward, which was okay with me. I created a flight consisting of Elevated IPA, Project Dank IPA, A Wise Man’s Fear, and Wet Hop Elevated. It would be tough to pick a favorite, but I got a four-pak of the Wet Hop Elevated to go.

The La Cumbre location I visited was the brewery and is located at 3313 Girard NE in Albuquerque. They are open seven days a week, are dog friendly, and offer growlers, crowlers, and cans to go.

When I was working my way to La Cumbre my route took me right past Canteen Brewhouse; I think someone had suggested them as one of a dozen to visit in Albuquerque, but that was as much as I knew about them. When I was sitting at the bar at La Cumbre, I asked the guy next to me if he was familiar with Canteen and what he thought about them. He lowered his voice and said, “They are my favorite brewery in Albuquerque.” I decided that would be my second stop.

Canteen Brewhouse is a brewpub, but I didn’t eat so you will have to be satisfied with photos of the menu. They had 14 brews on tap, as well as a house brewed root beer. I decided that I would try a flight that wasn’t all IPAs this time; it was made up of High Plains Pils, Pecos Trail Brown Ale, Falconer’s Pale Ale, Flashback IPA, and Exodus IPA. I really enjoyed the Pecos Trail, but Falconer’s Pale Ale made me really look forward to their IPAs. I was not disappointed.

Canteen Brewhouse is located at 2381 Aztec Rd NE in Albuquerque. They are open seven days a week, have growlers and cans to go, and have a dog friendly patio. Cheers! 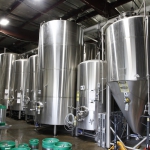 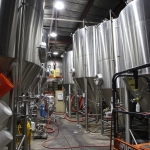 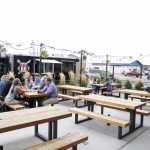 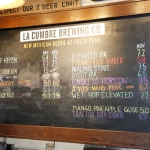 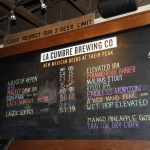 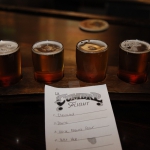 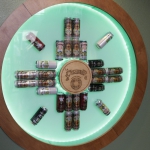 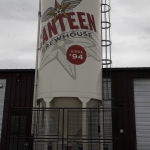 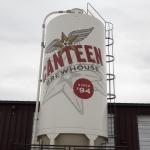 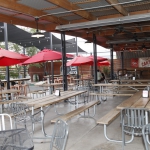 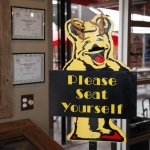 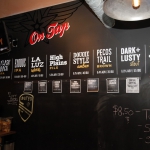 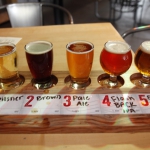 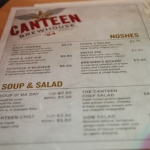 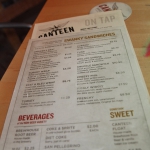 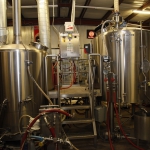 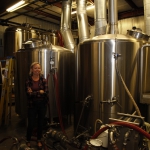 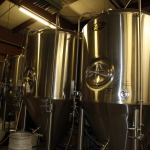 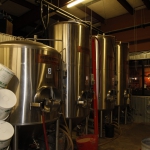