I remember the day well, July 19, the day I began to experience self doubt as to how in touch with the local craft beer scene I really was. I was enjoying a beer at Burnin’ Daylight when I received a text from Dave Holop of Brouwerij West asking me what I knew about three potential new breweries opening in El Segundo; like he said, I always seemed to be in the know for the latest brewery openings. I began to have my doubts.

I immediately started doing some research and reached out to the ones I could; the first to respond to me was Upshift Brewing. A week later I made my first visit to Upshift; the first six photos are from that visit. To be honest, they were so close to completion that we spoke about the possibility of Upshift being featured at my 5th Annual South Bay Tap Takeover. Within a couple weeks it became clear that this wasn’t going to happen, so I put them on the back burner and waited to hear from them regarding their opening date.

On Wednesday, Dominic, one of my Craft Beer Guy followers sent me a private message asking if I had any updates on the opening dates for a few of the new breweries. I told him I didn’t, but had not visited the El Segundo ones lately; a few minutes later he pointed out an alert that had gone out, Upshift Brewing had begun their soft open. The balance of my photos are from my visit there Thursday afternoon.

Upshift Brewing is an automotive inspired craft brewery that looks like an auto repair garage that was more prevalent when I was a kid. There is a nice patio outside with tarps set up to keep the onshore breezes in check, with plenty of seating inside as well. Looking around at the decor makes it easy to spot the inspiration, with everything from old license plates and oil company signs hung on the sheet metal walls, to the nice rims used to stabilize the standing tables. If the decor doesn’t clue you into the automotive theme, the names of the beers should.

Upshift Brewing currently has six brews available, so I settled down to a flight consisting of Kolschwagen, Bench Seat Blonde, PRNDL Pale Ale, Track Sesh IPA, Wind Wing IPA, and Big Block Brown. While this is not a beer review site, I will say that my first taste of Kolschwagen was a very good first impression. The PRNDL Pale Ale is such a hop bomb that I was trying to figure out if the letters meant Park, Reverse, Neutral, Drive and Low or was it the first letter of the five different hop varieties used or something. The Big Block Brown was a great way to end things.

They are brewing on a 10bbl system, and currently all the beers are sessionable, low ABV beers ranging from their 4.0 Kolschwagen to the 5.7 Wind Wing IPA. There are a couple more beers in the tanks, including an oatmeal stout and another IPA. From talking to Steve, the owner, as time goes on we can probably expect to see higher ABV beers in the not-too-distant future.

Upshift Brewing Company is located at 339 Indiana Street in El Segundo. There is no parking in their lot, but depending on the time of day, there should be plenty of street parking on Indiana, or one block west on Illinois; and there is a way to walk in the back from Illinois. Their hours during the soft open are 4:00-9:00 Wednesday and Thursday, 4:00-11:00 Fridays, noon to 11:00 Saturdays, and noon to 8:00 Sundays. They are dog friendly and offer growlers to go. Cheers!

Back to Photos from Upshift Brewing Company
[Show as slideshow] 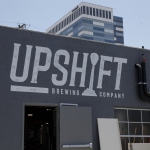 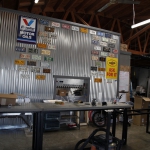 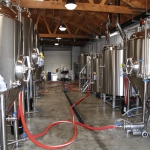 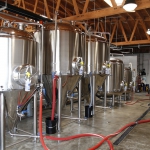 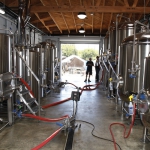 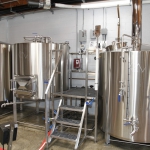 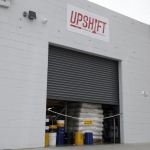 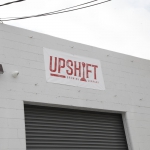 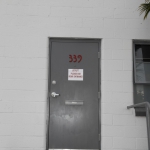 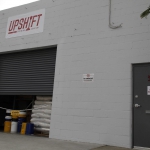 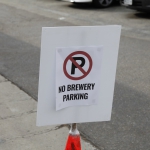 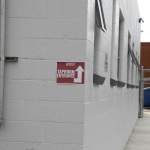 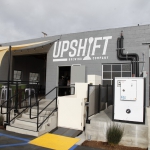 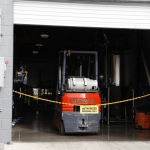 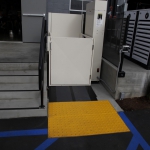 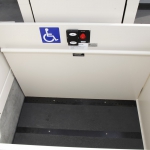 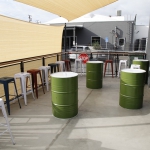 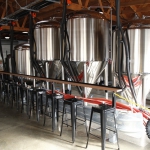 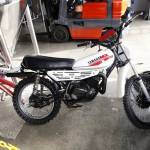 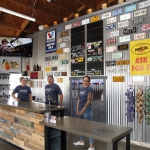 1 2 ►
Back to Photos from Upshift Brewing Company