After being fooled by Google in Gallup, New Mexico we got back on I-40 and continued west on our Craft Beer Tour 2016.

While there are plenty of new craft breweries in the southern half of Arizona, the same cannot be said for northern Arizona; at least until you hit Flagstaff. We saw one brewery pop up online, but that was after we had passed it; lack of an Internet signal certainly did not help much.

As we approached Flagstaff I knew there were several breweries there that I had yet to try. I had visited Beaver Street Brewery several times over the years, and Lumberyard Brewing Company a couple times, so I knew I wanted something different; I set my GPS for Mother Road Brewing Company, and I am really glad I did.

Mother Road Brewing is a production brewery that opened in an old laundromat off Route 66 in Flagstaff. The author, John Steinbeck used to call Route 66 The Mother Road, which is where the name comes from.

I immediately liked everything about Mother Road; from the dog friendly patio to the coziness of the tasting room with the brewhouse in full view. Then I tried their beer; I do not think I would be exaggerating to suggest that overall they have some of the best craft beer in Arizona. Everything from their Kölsch-Style Ale to their Whitewalls Extra Pale IPA; from the Tower Station to the Lost Highway were just outstanding. Truth be told, I was planning on having a flight then moving on to another brewery but we enjoyed the beer, customers and staff so much, that we stayed longer.

One thing we encountered at Mother Road that you don’t see done often is that they occasionally blend beers together. Assistant Manager Cedar Byrum started experimenting with different blends when he first started working there; the thing is he was not 21 yet, so his mother was the taste tester. Blends that work go into his special book of approved blends; we were treated to a couple that were simply delicious. I would tell you to ask for the blend I had, but it included one of their experimental batches so there is no way they can make it for you today; however, if you tell them Craft Beer Guy mentioned that they do blends, I am pretty sure they will take care of you.

Mother Road Brewing Company is located at 7 South Mikes Pike in Flagstaff and is open seven days a week. They do not offer food other than pretzels, but you can order in or bring food with you. This really is a “must” stop.

Our next stop was Flagstaff Brewing Company. While we were at Mother Road, I had asked for recommendations on where else we should visit. There were a couple suggestions; but Flagstaff Brewing Company was the only one that had food, and I was told they were the oldest in Flagstaff so they got the nod. Oh yeah, someone said they had a great whiskey selection; not that that mattered to me, but you might care.

Flagstaff Brewing opened in 1994 and I think they are still using the original brewhouse; as you can see it is pretty small. As a result, Flagstaff Brewing only had four beers brewed in-house; Blackbird Porter, Three-Pin Pale Ale, Agassiz Amber and Weisspread Wheat. I wish I could say more, but if you like whiskey it is supposed to be a good stop. Their food consisted basically of bar food with burgers, sandwiches and salads.

Flagstaff Brewing Company is located at 16 East Route 66 in Flagstaff and they are open seven days a week.

As Tanya wanted steak instead of a burger we walked across the street to the Gopher Hole at the Weatherford Hotel. They have a nice selection of local and not so local craft beer; and they have a full bar with a nice food menu. They are located at 23 N. Leroux Street in Flagstaff. Cheers!

Back to Flagstaff Craft Breweries
[Show as slideshow] 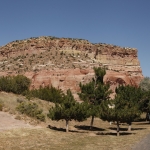 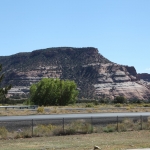 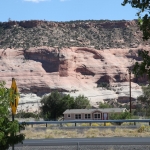 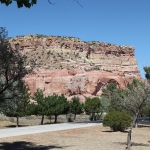 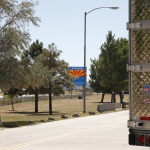 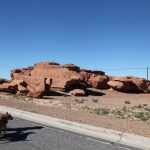 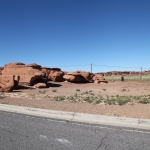 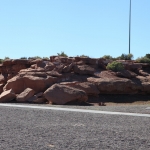 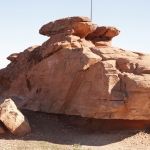 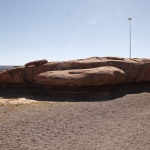 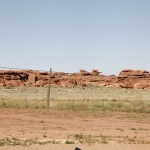 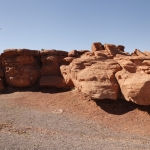 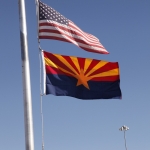 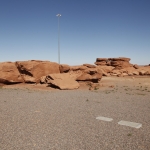 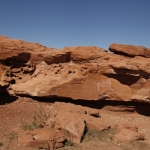 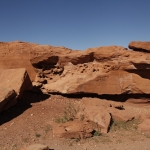 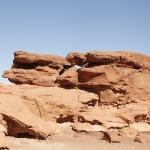 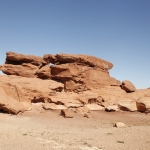 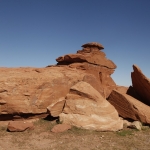 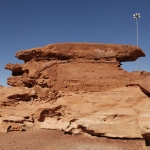