When I left Rock Springs, I set my sights on Boise, Idaho as some good friends of mine moved there a little over a month ago. While Steve and Catherine are not exactly craft beer aficionados they do have some favorite restaurants; one of which is Sockeye Grill & Brewery on Fairview, so we made that our first stop.

Sockeye has been brewing since 1996 and has a production brewery as well as two brewpubs. The location I visited opened in 2012, where they started brewing and canning to keep up with demand as the production brewery could not keep up.

Sockeye Brewing is the largest brewery in Idaho; because of the time of day we went I was unable to visit the brewhouse, but the brewing facility looks massive from the outside.

They have preset flights, so I ordered the one consisting of Socktoberfest, Sunbeam Hazy IPA, Purple Haze Stout, Cask Hell Diver, Sour Puss, and Lonesome Larry; they added a Fred’s Imperial Raging Red because they wanted me to try it. They were all very good, with the Sour Puss being one of my favorites.

We got a couple appetizers that we pretty darn good, so if you want good food to go along with your beer, don’t hesitate. The Sockeye Salmon Spread was delicious and the Hell-Diver Finger Steaks were pretty good too.

The Sockeye Grill & Brewery we visited is located at 12542 W Fairview Avenue in Boise. They are open seven days a week and offer cans, crowlers and growlers to go.

While at Sockeye I had asked for suggestions of other local breweries, so the next day Steve and I went to check some of them out; the first stop being Payette Brewing Company.

Walking into Payette, you cannot help but notice how massive the tasting room is, it is almost cavernous. Payette is a production brewery that was established about seven years ago. The brewery operation is behind the tasting room and they have a catwalk above it so one can walk around and see how large it is. They are Idaho’s second largest brewery; after seeing how big it is I really wish I had been able to view the brewhouse at Sockeye.

I made up a flight of their Fly Line Vienna Lager, Rodeo Pale Ale, LegenDairy Milkshake IPA, and Recoil IPA; they were all very good.

Payette Brewing Company is located at 733 S. Pioneer Street in Boise. They are open seven days a week, and are dog friendly. They have food trucks almost every day after 5:00, and they offer cans, bottles, crowlers and growlers to go.

This part of downtown Boise has lots of breweries to choose from, so we went to Boise Brewing, which is less than a mile away from Payette Brewing.

Boise Brewing is a production brewery with a tasting room that celebrated their four year anniversary this past June. They have a nice tasting room which is not dog friendly, but they have a patio set up out front that is dog friendly; so I ordered a flight and we went outside to enjoy the beer and nice weather.

My flight consisted of their Grove Plaza Pilsner, Syringa Pale Ale, A Mandarin Walks Into A Bar… IPA, Hip Check IPA, Dark Daisy Chocolate Milk Stout, and Black Cliffs Stout. They were all solid, with the Syringa Pale Ale being my favorite by far.

Boise Brewing is located at 521 W. Broad Street in Boise. They are open seven days a week and offer 32 and 64 ounce growlers, as well as some cans, to go. While we were there a popup food truck came by, but I am not sure how often that happens.

It just so happens that I have another friend in Boise area that I had not seen in 40 years and we had made arrangements to meet up for dinner and a beer while I was in town; and because of that I ended up at 10 Barrel Brewing.

I know, I know; definitely not an independent brewery, but there is no way you can suggest they are not craft. My friend Elaine’s husband Gene gave me a little background on the 10 Barrel location; in that initially 10 Barrel just wanted to import their beer from Oregon. Apparently Idaho law stipulates that if you want to be considered a brewery you must brew on-site. So, they installed a 20-bbl brewhouse; which is showing some commitment, especially considering they only had to brew some beer to qualify. I guess they decided if they were going to do it, they better put their best foot forward.

I asked one of the employees what he noticed being different since being acquired by ABI; his response was immediate. They have money to buy land to grow their own hops, which means not having to worry about waiting for hop farms and contracts. Several of the beers they have on tap were grown at these new fields apparently. I asked some of the other local brewers around town their thoughts on ABI, no one seemed to care.

When it comes to flights, you cannot create your own; instead they have two flight options that come with 10 tasters for $10.00. It was a good deal, even if it was hard to choose which one to try. I opted for option 1 which consisted of Sasquatch, Apocalypse, Joe IPA, Idahop, Sinistor Black, The Last Blockbuster, Soft Core, Fukton Fresh Hop, Cran-Hop NEIPA, and Bine Plucker; they added a Brut Almighty for me to try. Their American IPAs were outstanding; the others were okay, but it probably wasn’t the best part of the day for me to test my palate.

10 Barrel Brewing is located at 830 W. Bannock Street in Boise. They are open seven days a week and have a small dog friendly patio. They offer packaged beer to go in a variety of options.

The next day found me with my friend Catherine at White Dog Brewing Company. White Dog Brewing has two locations; the original that opened three years ago in Bozeman, Montana and their Boise location that about a year ago. It is a production brewery with a tasting room; surprisingly, the tasting room is not dog friendly but their patio out front is. They had 19 beers to choose from when we were there, running the full spectrum of styles. I started off with a flight of their Amber, Pale Ale, Irish Stout, and 5 Hop IPA; which was followed up with the Brut IPA. They were all pretty damned tasty; with the 5 Hop IPA probably being my favorite.

The tasting room is very spacious and they offer darts, pinball and other games to play while you are enjoying their brews.

White Dog Brewing Company is located at 705 W. Fulton Street in Boise; they are open seven days a week and offer crowlers and cans to go.

Since Catherine had to go to work, we headed home so Steve could join me for the balance of the day; our first stop was County Line Brewing.

County Line Brewing is a production brewery with a comfortable tasting room. They opened in 2015 and make some solid beers. I opted for a flight consisting of Ruth’s Lager, Lemon Basil Blonde, Little Pina IPA, Shade Tree IPA, and Slow Draw Oatmeal Stout. Shade Tree and Slow Draw were my favorites, but I need to mention Ruth’s Lager. Ruth was the daughter of the owners; she died shortly after childbirth and spending some time in the NICU at the local hospital. In her memory, a scholarship fund was set up and a portion of each beer and keg sold will be donated to the Ruth E. Kiehl Memorial Scholarship. This scholarship benefits students in the nursing program at Boise State University.

County Line Brewing is located at 9115 W Chinden Boulevard in Garden City. They are open Tuesday through Sunday, are dog friendly and offer six-packs, 22oz bombers, and growlers to go.

Right next door to County Line Brewing is Home Brew Stuff, a homebrew supply and bottle shop with 12 taps providing craft beer from all over the country. If we were not heading to another brewery, this would not be a bad stop. I did pick up a few bottles to take back to California with me.

Our last stop for the day and my last Idaho brewery was Barbarian Brewing, a microbrewery specializing in sours and barrel aged beers. Barbarian is turning three this October, but I can state that they are very popular among those that enjoy barrel-aged sours; they were recommended to me by people all over town.

They had about 20 taps available with saisons, barrel and kettle sours, IPAs, a couple Gose options, stouts, porters and more. For the first time ever, I saw Steve order a flight; he doesn’t like many beers, but he does enjoy his sours. I had a flight made up of Movin’ to the Country Pale Ale, Juniper Gose, Pop Rocks Gose, Thunder from Down Under IPA, Oatmeal Carmelita Stout, and Big Bad Wolf DIPA. The pale ale and Pop Rocks were okay, the others were all very good.

Barbarian Brewing has a taproom in downtown Boise that is open seven days a week, but I visited the brewery, located at 5270 Chinden Boulevard in Garden City. They are open Wednesday through Sunday, are dog friendly, and sell growlers to go.

I only visited seven of the many breweries that are now popping up in Boise and Garden City; one could easily spend a week there on a beercation. As for me, it was time to head to Washington. Cheers! 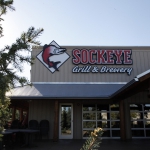 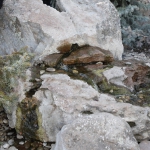 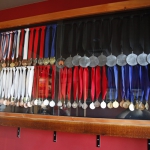 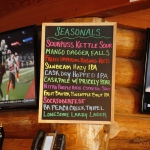 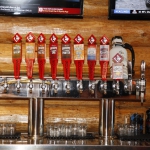 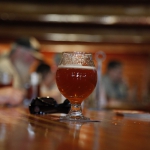 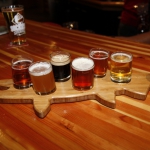 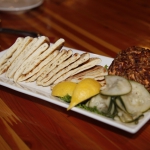 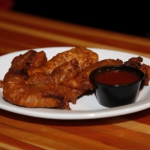 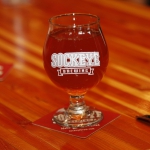 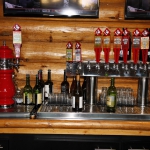 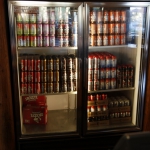 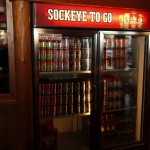 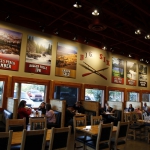 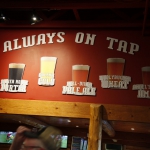 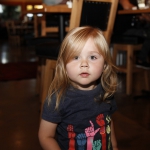 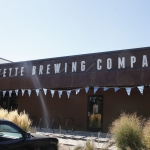 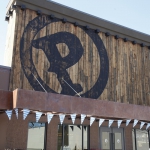 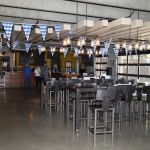 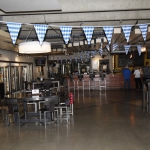