These photos were taken Saturday evening at Colorado Plus Brew Pub, Goldspot Brewing and Blind Faith/DeSteeg Brewing, September 22, which was day six of my Craft Beer Tour 2018.

Like last year, I spent my days in Denver at the home of one of my nephews; so when I finished GABF Saturday afternoon, we went out to see what new craft breweries we could find in Denver. Our first stop would be Colorado Plus Brew Pub and Taphouse, because they are a brewpub and we both wanted food.

I first visited Colorado Plus almost exactly two years ago; but circumstances being what they were, I don’t think I even walked past their dog friendly patio. As we did not have any dogs with us, we sat at the bar.

Before writing this, I read my article from my visit to Colorado Plus two years ago to jog my memory and the first thing I noticed was that two years ago they were brewing with a 1-bbl system; it looks like they are up to a 3-bbl these days. What I wasn’t expecting was to see that they had over 40 taps available; nine of them were in-house taps, with the remainder all being Colorado craft breweries.

Colorado Plus Brew Pub and Taphouse is located at 6995 W. 38th Avenue in Wheat Ridge. They are open seven days a week and have a dog friendly patio.

Our next stop was Goldspot Brewing, a microbrewery that I was directed to by my friend Desiree (the King Harbor Brewing beertender that sent me to High Altitude Hops). Goldspot opened a few years ago, but was recently purchased by their head brewer and another couple. It is a nice location and the beers were quite solid. It is my understanding that they are changing up the beers, so I won’t go into what I had as it probably won’t be available by the time you read this.

Goldspot Brewing is located at 4970 Lowell Boulevard in Denver. They are open seven days a week, have a wide variety of brews and offer crowlers to go.

Our final stop was Blind Faith Brewing, formerly known as DeSteeg Brewing. I learned about Blind Faith when we were watching the news prior to heading out for the evening. They were doing a segment on Blind Faith Brewing because the founder, Tom Martinez, is blind, having lost his sight at the end of 2016.

Blind Faith is a microbrewery with a 3-bbl system that had about nine different beers available when we were there. I opted for a flight consisting of the DeSteeg IPA, Mine Eyes Have Seen the Glory DIPA, Maple Stout, and the Orange Creamsicle. They were all solid, with Mine Eyes probably being my favorite, and Orange Creamsicle coming in a close second.

While there I met their beertender Chris, who happens to have a podcast, Beer for Breakfast. Chris called me a couple days later and interviewed me for a GABF recap episode. It was my first time doing a podcast and it was a good time; thanks Chris.

Blind Faith Brewing is located at 4342 Tennyson Street in Denver; it is in the alley east of Tennyson. They are open seven days a week and offer crowlers and growlers to go and, like most breweries I encountered in Denver, will fill clean growlers if you bring one in. Cheers!

Back to Photos from Colorado Plus Brew Pub, Goldspot Brewing and Blind Faith Brewing
[Show as slideshow] 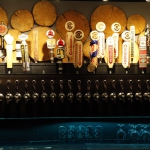 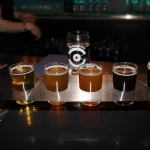 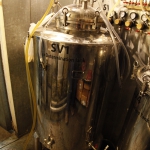 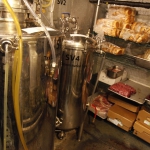 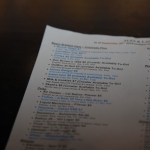 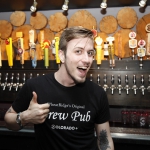 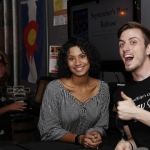 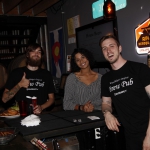 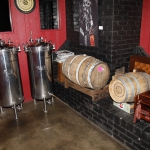 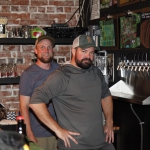 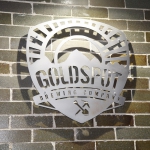 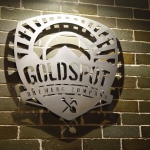 1 2 3 ►
Back to Photos from Colorado Plus Brew Pub, Goldspot Brewing and Blind Faith Brewing