To be completely honest, when I started this journey, I kind of figured that my Portland area friend might take me into Washington, but it would probably be a border town like Vancouver; but things have a way of changing when you try to juggle multiple friends, and their schedules.

The night before I left Boise, I contacted my friend Jon Urch to let him know that I would be meeting him in Bend, Oregon the following day; that is when he notified me that he would be leaving Bend pretty much as I arrived, and I should consider going to Yakima, Washington instead. When I contacted my Portland area friend Matt, I discovered he was going to be working a show over the weekend. That sealed it; I headed off to Yakima instead.

Before I decided I would go to Yakima, several people in Boise had suggested that I should head up that way due to the fact that the annual Yakima Fresh Hop Ale Festival would be happening. I knew that several South Bay brewers had been venturing to Yakima recently to choose their hops for upcoming brews. I knew that I would not stay in Yakima long enough to attend the Fresh Hop Ale Festival, but I did find a room in a seedy part of Yakima that would be my home for the next two days.

After getting settled, Buddy and I started walking to Redifer Brewing Company; which was chosen solely on the fact that it was the closest brewery I could find to my motel.

As we were walking down 1st Street, I could not help but notice just how filthy the streets were; it really was not what I was expecting from the State of Washington. After walking a few blocks I realized something else; the smell of hops was everywhere. I started to wonder if it was my imagination or something, like the power of suggestion or something. It reminded me of Ireland and how there were literally rainbows everywhere, even if there was no noticeable rain; I chalked it up to my imagination.

Redifer Brewing opened on Memorial Day weekend of 2017 and brew with a 2-bbl system. They don’t name their beers beyond IPA, Stout, Blonde, Coconut Brown, Amber, and Pale Ale, presumably because their beers always seem to change a little. As I walked there, I went with a flight of everything. The beers may not have been astounding, they were definitely solid with the IPA being my favorite; I left with a growler which would be my motel beer for a couple nights.

Redifer Brewing Company is located at 123 E. Yakima Avenue in Yakima, and is open Tuesday through Saturday; they typically brew on Sundays and if you stop by on brew day, you will probably be able to have a beer or two. The taproom is dog friendly and they sell and fill growlers to go.

One last thing about Redifer; while the address is on Yakima Avenue you will not see it from the street. What you will see is a Subway sandwich shop; Redifer Brewing is located behind the Subway, so enter at 2nd Street and the alley.

When I was in Boise a few people told me that if I went to Yakima I pretty much had to visit Bale Breaker Brewing Company, a brewery built in the middle of a hop farm; Bale Breaker would be my first stop Friday.

Bale Breaker Brewing celebrated their 5th anniversary this past April, and was definitely my favorite brewery of all those I visited on this trip. The place is massive, state of the art in every way imaginable, and they make some outstanding beer. There is seating in the tasting room, or their massive outdoor, enclosed patio, or the even bigger lawn area that had lots of families, complete with kids and leashed dogs; surrounded by a hop farm.

I started off with a flight consisting of their Field 41 Pale Ale, Leota Mae IPA, Topcutter IPA, Way Two Fresh DIPA, Palm Springs Pils, and Dormancy Stout. As I recall, Field 41 is the field number of the hop farm that Bale Breaker was built on. What I do know for sure is that after the first taste, I knew I would be spending some time there.

Before finishing my flight, my camera and I were invited to tag along with a tour that was being given. I left Buddy in charge of my flight and went off to see the brewhouse; behind the scenes blew my mind.

Yeah, the 30-bbl brewhouse and massive fermenters are impressive, but it is the little things that are going on behind the scene that really impressed me. Everything in the warehouse/cold box was set up for making things safe and easy for the employees. Probably the most impressive thing was the size of the pilot brew system. It is a 5-bbl, but they have like 10 fermenters just for pilot batches! That is bigger than most of the breweries I have visited around the country. The last photo on page 3 and the first few on page 4 are of the pilot brew system. If you think I may be overstating how good their beer is, rumor has it that Bale Breaker made the beers used for the new Jameson Caskmates.

After the tour I returned to my flight, only to discover that the Bale Breaker crowd now included quite a few brewers from the Los Angeles area, including Smog City Brewing, El Segundo Brewing, Claremont Craft Ales, and a couple guys from a new brewery that hasn’t opened yet whose name I do not recall. Then my buddy Jon and his posse from Guinness US showed up. Everyone seemed to be enjoying the fresh hopped IPAs and pale ales as much as I.

Bale Breaker Brewing Company is located at 1801 Birchfield Road in Yakima and is open seven days a week. The patio and lawn are dog friendly; they do not offer food but you can bring your own, there was a food truck there on the Friday afternoon I was there. They fill growlers and have some canned brews available to take home.

While at Bale Breaker I had been speaking with Jon and the Guinness guys and it was decided that we would meet later on that evening at Yakima Valley Hops to attend the 5th Annual Fresh Hop Party; an event celebrating the Yakima Valley’s hop harvest, the craft brewing industry & independent music.

The Fresh Hop Party was a little different than any craft beer party I can remember attending, primarily in that instead of getting limited or unlimited pours, the price of admission included two tokens for full pours! There were about 30 breweries there, only five or six of which I had even heard of, with even fewer that I have tried. It was really a tough choice but I did the best I could.

Remember how I was talking earlier about the scent of hops being in the air? It turns out it was not my imagination; Yakima Valley Hops is located literally right on the other side of the tracks from the motel I was staying at.

Yakima showed me a good time, but it was time to head to Oregon. Cheers!

Back to Photos from Yakima Washington
[Show as slideshow] 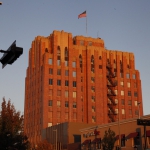 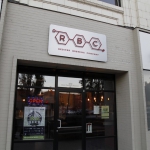 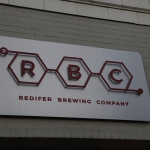 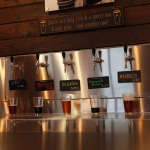 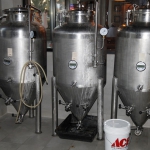 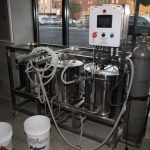 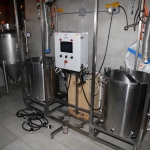 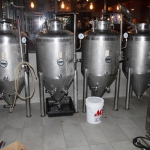 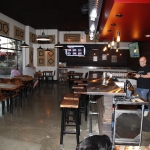 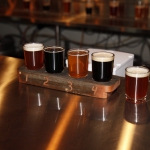 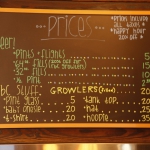 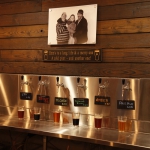 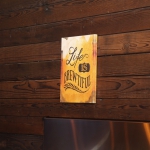 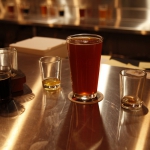 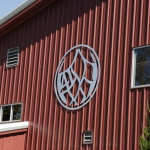 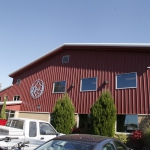 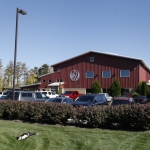 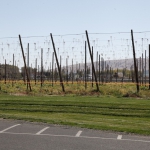 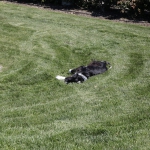 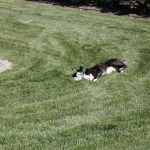