I have ridden along I-80 many times on my way to the Sturgis Motorcycle Rally; so when we left Salt Lake City I already knew that we would spend the night in Evanston, Wyoming. I have stayed there many times in the past and was confident that with the craft beer explosion, Evanston had to have at least one brewery.

I was right, they had one; Suds Brothers Brewery which is a brewpub that has been open about seven years. Suds Brothers had seven brews on tap while we were there; with our favorites again leaning towards the lighter, more refreshing varieties like the Orange Honey Wheat, Kolsch and Misty Mountain IPA. The staff was quite friendly and the fried ravioli was pretty good; I wish there had been a meat filled version instead of just cheese, but Tanya really liked them.

The next day as we headed east on I-80 I set my eyes on Rock Springs which was another familiar stop that I was confident would have a brewpub; we scored when we found Bitter Creek Brewing, a brewpub that opened in 1997.

Bitter Creek had about six of their beers on tap as well as a couple guest taps available. The beer was standard brewpub fare with varieties including a Belgian-style hefeweizen, as well as golden, rye and amber ales available.

While I usually put Tanya in charge of the food choices, when I saw the Big Kahuna Burger on their menu I knew what we would be having. If you are wondering, the burger had nothing to do with the movie, and in fact, our server had never heard of the movie. With a little more research I discovered the burger had been named after their Polynesian chef; it really was a tasty burger.

After finishing the best food I had had in a week, we headed east on I-80 for the three hour drive to Laramie; which would be our final destination for the day.

Since this would be our dinner stop, we decided to visit Altitude Chophouse & Brewery. We parked in downtown Laramie and took the dogs for a walk so they could stretch their legs and immediately smelled a smoker nearby. As it turned out, Altitude had a smoker out back that had just finished doing a brisket. To top it off, Altitude had fresh herbs growing on their wall outside; they were growing things like Rosemary, thyme and sage, which they could harvest from the wall and add to various dishes.

Altitude Brewing had six year round brews and six seasonal brews available at the time of our visit with the T SWIFT, My Girlfriend’s Boyfriend and Southern Star being our favorites; the brisket was pretty good too.

While I was speaking with our beertender about our Craft Beer Tour 2016, he mentioned that Laramie had two more brewpubs within a block of Altitude Chophouse & Brewery, so after we found a room and took care of the dogs we headed back to Laramie’s main drag.

Our first stop, for no particular reason was Coal Creek TAP, a brewpub that opened in 2014 next door to Coal Creek Downtown, their original coffeehouse (we stopped there the following morning). We knew we were going to visit another location so we limited ourselves to one flight made up of their Sierra Belgo/American Wheat, Molly Blond, Kabuki DIPA and their FLH XIV Experimental IPA. They were all solid brews and we could have stayed longer, but one must be responsible.

Right around the corner was our final destination, The Library Sports Grille & Brewery. While we did not get any food, this brewpub had a tasty selection of beers brewed on-site. The Apricot Mango Wheat, Pomegranate Blueberry and Grapefruit IPA were particular standouts.

The Library is a pretty cool place as far as decor is concerned, with the interior set up to resemble a study with many leather-bound books. Things like the stairs are painted to resemble classic literary pieces and the library upstairs has lots of law journals because the original location was closer to University of Wyoming, and lots of law professors went there after class. Even the tap handles were made to resemble books; but the tap system was too close to the wall to actually use them, so now they are decorations.

The Library Sports Grille & Brewery is located at 201 E. Custer Street in Laramie.

One last comment about Laramie; it is a college town and the main drag had several bars as well as the three brewpubs we visited. We were there on a Wednesday night and left around 1:00 AM. When we walked out I was a pretty surprised to see the heavy police presence on the streets; in fact, I did not know Wyoming had so many cops that they could put 10 squad cars within a two-block radius. Suffice it to say, if you are driving you will be followed. If you plan on partying, definitely get a cab; Uber and Lyft are not available there.

Southern Wyoming definitely had a lot more craft beer than I was expecting and everything we tried was solid; I-80 through Wyoming is a craft beer destination now. Cheers!

Back to Southern Wyoming Craft Beer Tour
[Show as slideshow] 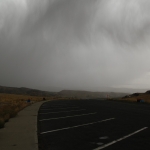 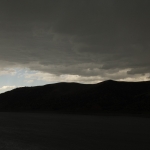 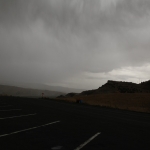 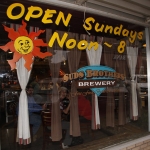 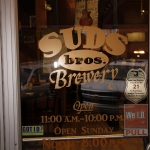 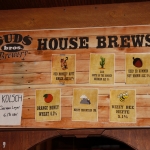 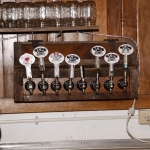 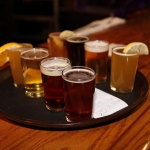 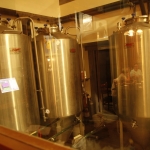 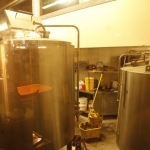 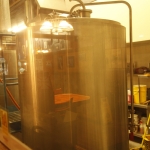 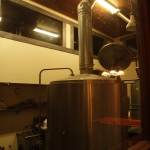 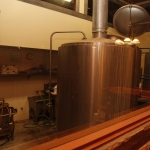 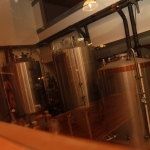 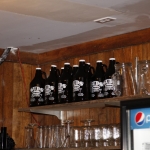 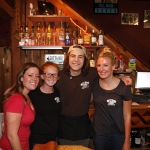 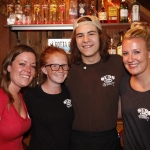 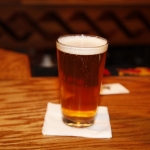 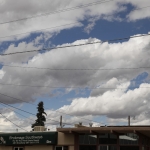 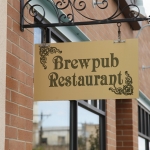