Tuesday morning we left Elko, Nevada and continued east on I-80 through the remaining Nevada desert into the Utah desert. If you think Nevada is flat and arid, the Bonneville Salt Flats in Utah makes it look like an oasis. The fact of the matter is that until you hit Salt Lake City there is not much to speak of beer-wise between Elko and Salt Lake.

Tanya was seeking food and found Red Rock Brewing Company; a brewpub in Salt Lake City. Unfortunately for us, Red Rock Brewing has two locations; the brewery and tasting room; and a few blocks away, the brewpub. She had set the GPS for the brewery, which may have had snacks but they did not have the food she sought. The Red Rock Brewing Company brewery is located at 443 North 400 West in Salt Lake City and this is their production brewery where you can find the higher ABV brews. Utah has some of the weirder beer laws that we came across. Oh, Mountain West Cider is right next door; we did not make it back there but if you are in the neighborhood you might as well stop in.

After grabbing a few photos, I got out of the heat and drove us to the “Downtown” location to try their beers and get some food.

I mentioned above that Utah had some strange beer laws; allow me to expound. Red Rock Brewing Company brews a popular IPA called Elephino Double IPA that comes in at 8.0% ABV which means that they can sell you a bottle to drink there, but they cannot serve it on draft. Nothing over a 4.0 can be sold on tap. In other words, if you want to try their 10.1 Drioma Russian Imperial Stout or 9.5 Anniversary Imperial Red Ale, you will have to sit down and drink the bottle there!

We started off with a small flight of their West Coast Pale Ale, Ori Gin, Hefeweizen and Honey Wheat, but I had to try the Eliphino. It was definitely the best of the few I tried; I was not prepared to start opening more bottles just to try a taste.

Tanya ordered the Bruschetta which she enjoyed; it was large enough that it ended up being a midnight snack later on that evening.

Red Rock Brewing Company’s Downtown brewpub location is 254 South 200 West in Salt Lake City. The beers are solid, if low in alcohol content and the food is good. If you are traveling through the Utah desert, Red Rock Brewing is definitely worth the stop. Cheers!

Back to Photos of Red Rock Brewing Company
[Show as slideshow] 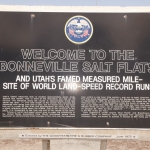 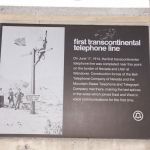 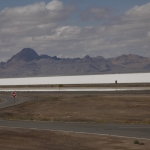 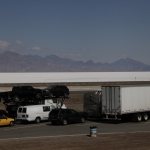 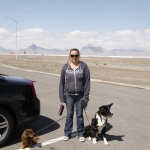 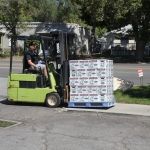 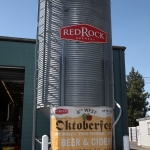 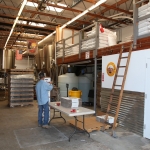 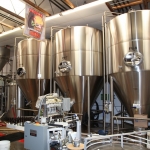 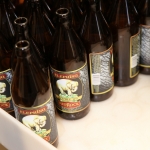 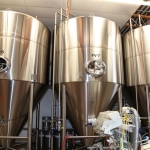 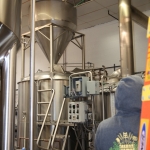 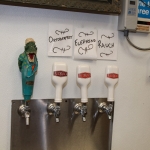 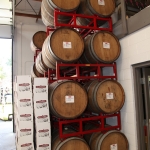 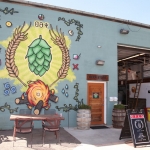 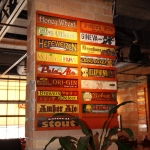 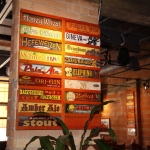 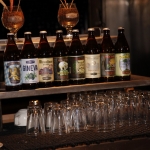 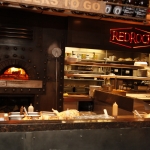 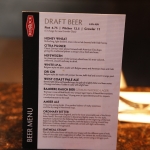 1 2 ►
Back to Photos of Red Rock Brewing Company