Visits to Fort Collins Brewery, Colorado Plus and Baere Brewing

When we left Laramie on Thursday morning we cut across the bottom eastern half of Wyoming to get to I-25 southbound towards Denver. Denver has plenty of craft beer and if I was not careful I could end up there for a few days; however, the real reason I even drove down there was to see family that live in the Denver area.

Since food was a pretty important concern, and it was already after noon, we set the GPS for Fort Collins Brewery & Tavern, a massive brewpub located in Fort Collins.

When I say it was massive, I mean it was probably bigger than anything we have in the South Bay area. When we were there they had 12 brews on tap; each of them pretty solid for their style for the most part. I don’t recall thinking the Apricot Sour Ale was very sour; while I did enjoy the Far Away IPA. Oh yeah; their Oktoberfest was pretty dead on.

As we were going to meet my brother and his wife in a few hours for dinner, we had their Grilled Indian Fry Bread as an appetizer to hold us over; it was pretty tasty.

Our second stop was Colorado Plus Brew Pub and Taphouse in Wheat Ridge where we would meet my brother and his wife for dinner on the dog friendly patio.

Colorado Plus is brewing with a one barrel system but they have five or six of their house brews available at any one time; they also have a lot of other Colorado beer if you do not have time to visit the breweries personally. I must interject that it was about now that I started to notice just how many of the breweries we had visited thus far were brewing with essentially pilot systems but succeeded in keeping multiple taps flowing.

We tried a flight consisting of a couple versions of their Dead Kaiser Berlinerweisse as well as a couple IPAs and a barleywine. The Bitter Off Dead DIPA was my favorite.

The food at Colorado Plus was also very good; Tanya and I shared a Colorado Lamb Gyro which was delicious, I don’t recall my brother and his wife having any leftovers with their Smoked French Dip or Caesar Salad either.

Colorado Plus Brew Pub and Taphouse is located at 6995 W. 38th Avenue in Wheat Ridge.

Trying to find a motel close to a brewery when you are not familiar with the neighborhood became harder than one might expect so I was prepared to call it a night when one of my nephews contacted me and said he wanted to go out for a beer or two. Being the good uncle I try to be, it was decided that he would swing by to pick me up and we would go to a brewery tasting room that he had not tried yet; just the way I like it.

We went to Baere Brewing Company’s tasting room which has been open for about two years. Even though they are another brewery operating with a small brewhouse, they had 16 beers on tap ranging from wits to barrel-aged browns and pretty much everything in between. I limited myself to a small flight consisting of their pale ale, IPA and DIPA. I was told to try their Big Hoppy Brown but when equipment malfunctions caused me to fall; I decided to pass and called it a night.

Baere Brewing Company is located at 320 Broadway in Denver. They have a nice selection of beer and allow you to bring food inside. I would not advise sitting at the bar if they still have the steel stools. After one gave out on me I overheard the beertender telling others at the far end of the bar about someone that injured themselves pretty badly when the hydraulics gave out on another stool.

Back to Photos from Fort Collins, Wheat Ridge and Denver
[Show as slideshow] 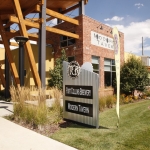 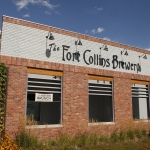 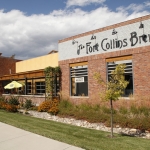 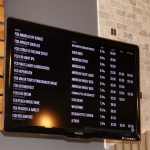 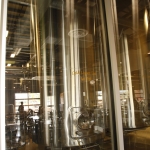 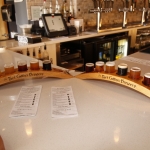 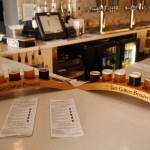 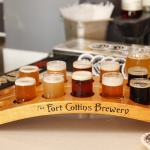 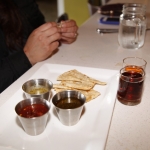 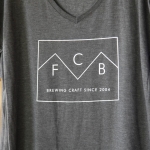 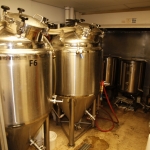 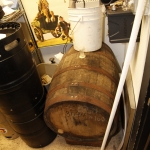 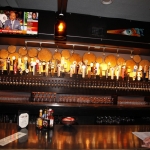 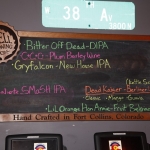 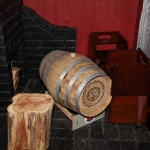 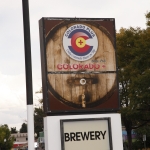 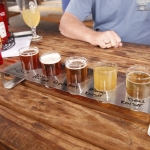 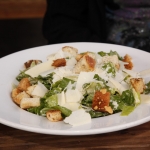 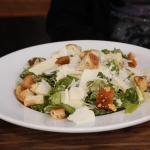 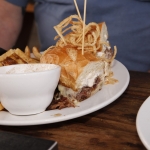 1 2 3 ►
Back to Photos from Fort Collins, Wheat Ridge and Denver

One Response to Visits to Fort Collins Brewery, Colorado Plus and Baere Brewing