These photos were taken Sunday afternoon, November 6, when I visited the Booze Brothers satellite tasting room in Fallbrook. Those of you paying close attention may recall that I occasionally visit breweries in the Inland Empire and that it usually coincides with my number one grandson performing in a play; Sunday was no exception.

So, first things first; when I was on Mission Road and my GPS unit suggested that Booze Brothers was coming up soon, on the right, I slowed to a speed that would allow me to make a quick turn into a parking lot should that be required. I drove to the first traffic signal and noticed by it being the 700 block of Mission, that I had apparently driven passed Booze Brothers. I made a u-turn and started paying attention to whatever street numbers I could find, but never saw a sign for Booze Brothers, so when I hit the 900 block I made another u-turn and parked at the first spot on the street I could find.

I knew the address I was looking for, but street addresses were few and far between. I heard some talk and smelled food coming from the other side of the chain link fence, but I saw no indication of a brewery. I met a lady that was walking her dogs, and she was not sure what exactly was on the other side of the fence but she knew how to get into the parking lot of whatever it was.

When I walked back to my car I noticed the fine print on a sign advertising “The Mill” which suggested there was beer and pizza; I would see how lucky I was.

While there was no signage suggesting I was at the right place, when I parked I noticed a walk-up counter that seemed to have tap handles behind it. I confirmed that I had arrived.

Now, the point of describing the steps it took to find the place is so you will know how to get there. For the time being, the only signage is for The Mill. The entrance to the parking lot is where Mission Road, N. Brandon Road and Catalpa Lane meet.

Upon arrival I looked around at the seating situation, because I only saw a few tables and benches outside on the hard dirt ground. The weather there can get intense, so I figured there must be indoor seating as well; I figured wrong. Luckily I happened to be there on the nicest day I can remember experiencing in that area; 70 degrees and sunny.

I only had 90 minutes, so after chatting with he who shall remain nameless, I perused the tap list which had 14 taps pouring, including a blonde, amber, pilsner, lager, stout, and a couple IPAs, along with a hard seltzer, two gose, and a sour. I had the Ramble On IPA, Big Blue imperial sour, and Lucky Duck IPA; there were no regrets.

While I may have been the first person there, it did not take long for the tables to start filling up, primarily with families that had young kids, but I saw a couple people older than me too! The Mill property consists of Booze Brothers Brewing Co., and Pizza Bros with their wood fired pizza which seemed to be very popular with everyone there. Pizza Bros is connected with Booze Brothers. There is also a curated gift shop called Shoppe Witty, but I did not investigate that at all. 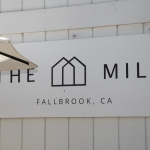 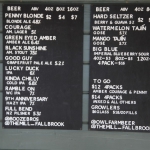 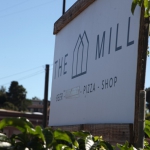 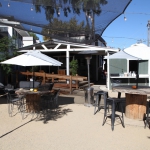 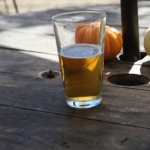 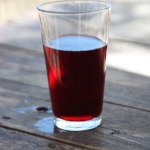 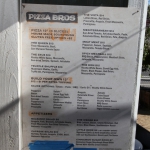 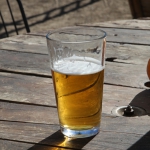