These photos were taken Saturday, November 5, at Upshift Brewing Company and Surfridge Brewing Company, both of which are located in El Segundo and coincidentally, were both celebrating their third anniversaries. Both events featured food trucks and live music.

I started my day off at Upshift Brewing, for no particular reason (at the time) other than it was the only anniversary party I knew was happening. They had a ticketed VIP hour, but I showed up after that. There were a couple dozen people there when I arrived, but it did not take long for the inside and outside seating to begin filling up.

Upshift had a very “brewer friendly” tap list available, with 11 beers available on tap, consisting of a pale ale, an IPA, a hazy IPA, a Helles, a porter, a hefeweizen, a schwarzbier, a pilsner, and three different lagers, including a can release for their anniversary beer, El Tercero, a Mexican-style Vienna lager.

Irie Taco had a popup there when I first arrived; they were later joined by Gochu Gang BBQ. Live music was provided by Michelle Cormier.

I ran into a few people I have not seen in a while, so that was nice. While chatting with my friend, Richard, he mentioned that he thought that Surfridge Brewing might also be having an anniversary party. I remembered that they had opened within a couple weeks of each other, so I visited their Instagram page and saw that they did have an anniversary party scheduled to begin in the next hour or so. So when I finished my beer, I said my farewells and headed over to Surfridge Brewing.

When I pulled up I realized that, due primarily to the COVID lockdown, I had not been there since early 2020; I wondered how much had changed. I have to admit that the first thing I noticed was how crowded they were.

I have always liked the setup of their tasting room and it appears I am not alone. There were several different groups of people there and it was obviously very dog and family friendly; there were lots of kids and dogs and everyone seemed to be cool with that.

I took a look at the tap list and noticed that of the nine brews available, three of them were brews from day one; Gimme One Kolsch, Mr. Pink white ale, and This Ain’t Your Grandma’s oatmeal stout. In addition they had a festbier, pale ale, IPA, DIPA, and two new stouts. I went with the Dockweiler DIPA and brought a crowler of the Tenebris Imperial Stout home to enjoy by the fire.

Music was provided by Ethan Buckner (The Minnesota Child), and the Magic Hibachi food truck.

Congratulations to both Upshift Brewing and Surfridge Brewing, the timing kind of sucked as far as your openings and the lockdown, but you both seem to have come out on top. Well done and cheers! 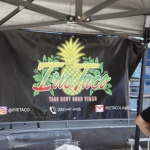 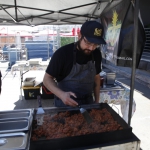 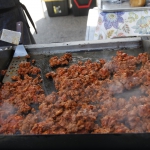 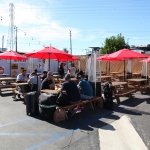 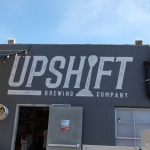 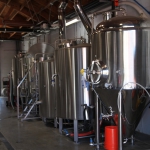 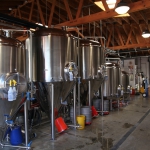 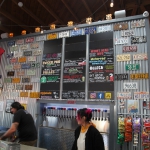 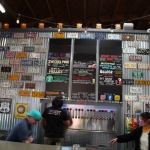 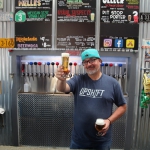 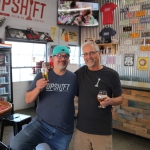 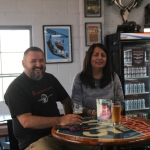 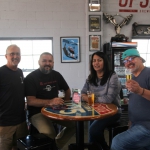 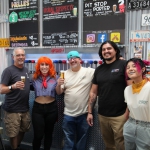 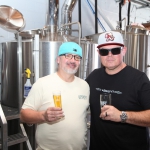 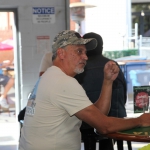 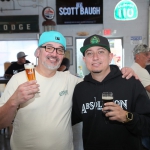 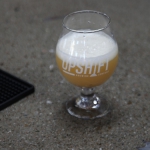 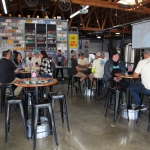 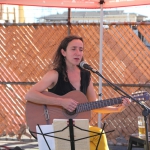