A visit to the Alpine Beer Company Brewpub

When we left Arizona and headed back home I programmed a slight detour into my car’s GPS system as we took the long way home and headed to Alpine Beer Company, in Alpine, California. As you will likely notice, the photos in this gallery were taken over the course of two separate visits to the Alpine Beer Company brewpub. The first time I went there was last year when I was returning from a trade show, the experience was fun enough that I made a second 100+ mile detour to return there last week.

My first experience that I recall trying an Alpine Beer Company beer was at a bottle share in 2012 when someone brought a growler of Nelson IPA. I was so impressed that whenever I am anywhere close to Alpine, CA I do what I can to go to the source. As fate would have it, both times that I have gone there it has been a Sunday which means the brewery itself is closed. “Settling” for the brewpub is hardly a bad thing as their food, home-style barbecue, is pretty good if you like barbecue but the beer is what is my draw. While I am always pretty vocal about “Top 10” lists and how they are pretty useless when it comes to beer; I will admit that I do look at them once in a while. In my opinion, a Top 10 IPA list that ignores Alpine Beer Company just confirms that my general opinion of Top 10 lists is dead on.

Since it was getting a little late in the day we did not have the time to sample all 10 beers that they had available that day, but we did order a brisket plate and a small flight consisting of the McIlhenney’s Irish Red, Captain Stout, Pure Hoppiness IPA and an Odin’s Raven Imperial Stout. While the Pure Hoppiness was naturally my favorite, all four were very solid brews and the Odin’s Raven was particularly delicious. The downside of the brewpub is that they do not do growler fills, so we grabbed several bottles to bring home.

The brewery itself is open to the public Tuesday through Saturday from noon until 6:00 PM. Looking at the Alpine Beer Company website it appears that the brewery has a couple beers that are not available in the brewpub. Apparently the brewery is limited to growler fills and Alpine Beer Company swag, so if you want to try the beer on tap you will have to head over to the brewpub. The town of Alpine is in a very pretty part of San Diego County and I-8 east of Alpine goes through a very beautiful and photogenic area of the state so I will have to schedule a weekday that I can head back to photograph the highway and visit the Alpine Beer Company brewery at the same time. Seeing as how it is in San Diego County I am relatively confident that I can find a couple other breweries in the area. Alpine Beer Company is located at 2351 Alpine Boulevard in Alpine, California. Cheers!

Back to photos of Alpine Beer Company brewpub
[Show as slideshow] 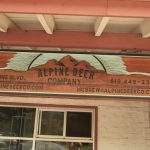 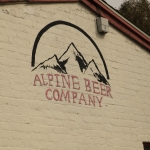 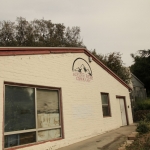 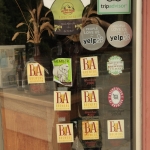 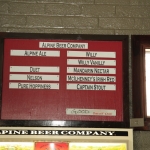 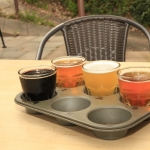 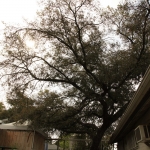 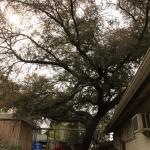 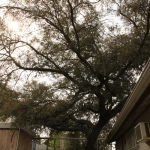 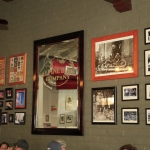 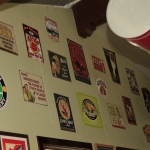 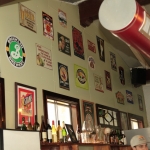 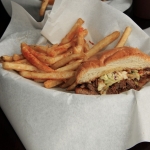 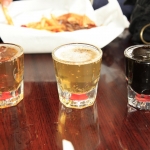 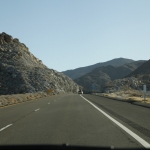 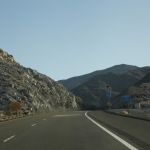 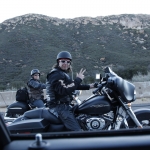 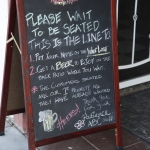 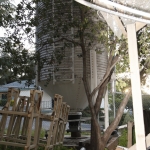 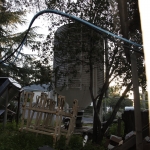 1 2 ►
Back to photos of Alpine Beer Company brewpub