Temecula: It isn’t just about the wine any more

While it may not be as well-known as the Napa-Sonoma wine region of California, the Temecula Valley area of the Inland Empire has at least 35 wineries and has gained considerable respectability with the wines they provide. Like Napa-Sonoma has exploded with craft breweries, the same can be said for Temecula and the Inland Empire; even if not to the same extent. This past weekend I headed out to Temecula and spent a little time checking out the craft breweries that have popped up since my last visit in 2012.

Wiens Brewing Company, as it turns out, opened a couple weeks before I did my 2012 brewery tour. My son lives in the area and he told me about a special anniversary ale that he had heard great things about. Unfortunately, by the time we got there it was all gone. I guess that is to be expected with a limited release. If the Wiens name sounds familiar, it could be because they also own Wiens Family Cellars, a Temecula Valley winery. Wiens had about 11 different beers on tap so we opted for a flight to do a major sampling. At $1.00 each for their flagship beers, it was a great deal. We sampled their Front Street Lager (nice maltiness), Far Post brown ale, Stout, Red Ale, Millennium Falconers IPA, Type 3 IPA (probably my favorite), Insomnia IPA and Descend Black IPA. For dessert we tried their Niflheim Russian Imperial Stout. All the beers were solid brews with the IPAs being my favorite. They offer a few other big beers so I am going to have to plan an overnight trip to Temecula so I can walk back to my hotel after experimenting more. Wiens does bottle many of their beers, so we did pick up one or two to try at home. Wiens Brewing Company is located at 27941 Diaz Road in Temecula.

When we were driving to Wiens some of the street names sounded familiar so I knew we had to be close to Black Market Brewing Company, which we had visited in late 2012. While we were looking for places we had never visited before we had such a good time the first time we were there I was okay with making a return visit. Besides, after a year and a half there had to be some brews we had not tried yet. Black Market Brewing is in a word, huge; they also appear to have a nice barrel aging program. The first time we visited them we had a room at the La Quinta across the street so we were able to take advantage by getting each of the 10 beers they had on tap. By take advantage I mean, they were giving six ounce pours for $1.00 so I could order one of each. This time I was driving, so we limited ourselves to a flight of four; Espionage on Nitro, Rotating IPA, Quadrophenia and Embargo. In my opinion, their big beers really show off Black Market’s brewing skills. Luckily, they bottle and can so we bought a couple bottles to bring home for later. Black Market Brewing Company is located at 41740 Enterprise Circle North in Temecula.

Literally right around the corner from Black Market Brewing is Ironfire Brewing Company. Ironfire is another Temecula production brewery that opened at the end of 2012; I guess I was not “in the know” as much back then as I do not recall trying anything from them until November of last year when I found their 51/50 IPA at Beachwood BBQ & Brewing. Even though they were busy brewing on Sunday, co-owner and assistant brewer Greg Webb took some time to talk to me. He and co-owner/head brewer John Maino met while working together at Ballast Point; so I knew their IPAs were going to be special and they were. In fact, there was not a beer on our flight that I would hesitate ordering again. Their flagship beers consist of Gunslinger Gold, Synner Pale Ale, 51/50 IPA, Six Killer Stout and Vicious Disposition Imperial Porter. We also tried their NüHELL IPL which was quite nice. They offer several specialty and barrel-aged beers but we will have to return to try them all. Since they are also selling bottles we brought home a couple of their barrel-aged brews that I will hopefully have enough restraint to allow a little more aging. Ironfire Brewing Company is located at 42095 Zevo Drive in Temecula.

All three of these production brewery tasting rooms are located within a couple miles of each other, so visiting all three in a day is easily doable. As it turns out, I have found out about a few more so I suspect another visit to Temecula cannot be too far away. Cheers!

Back to Temecula Craft Beer Tasting Rooms
[Show as slideshow] 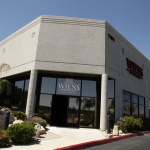 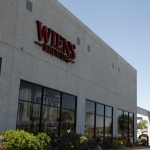 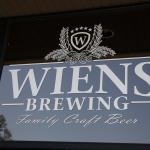 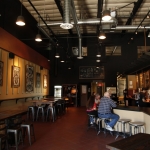 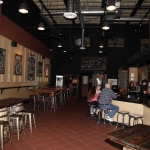 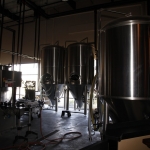 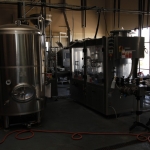 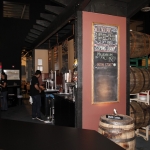 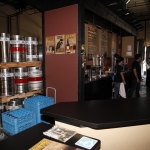 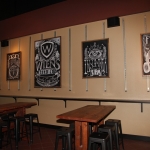 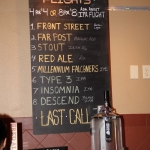 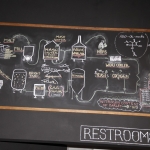 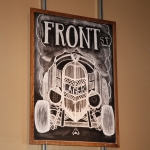 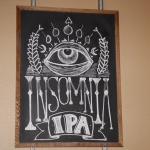 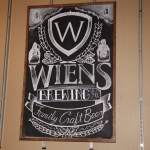 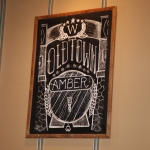 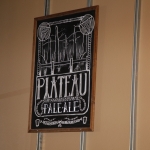 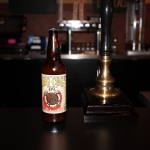 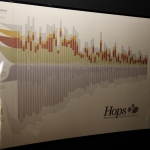