Saturday afternoon, Torrance production brewery Smog City Brewing held their second Battle of the Cask at their tasting room. Initially the competition was to be between the six Smog City employees, with each of them making their own little tweaks to the Amarilla Gorilla IPA that all used as the base for their cask recipes. As sometimes happens during fermentation, a couple of the casks “exploded” so they had to be disqualified. Luckily, they were able to put them on tap so we could at least try them. They were both amazing.

Anyway, we had five casks to sample and I have to say, this was a really tough decision and that was reflected in the final tally which was a mere five votes between the first and second place choices. Assistant brewer Chris Walowski, who won the Battle of the Casks in December, wowed the crowd again Saturday with his recipe consisting of Merlot Concentrate, Mosaic and Simcoe hops; narrowly edging out Smog City Brewing co-owner, Laurie Porter’s Mango and Muscat Oolong Tea, Peach Puree and Simcoe hops recipe. This made Walowski the undefeated holder of the coveted Budweiser Belt. All the entries were very good and I look forward to the third Battle of the Cask.

By the way, Smog City Brewing Company will be holding their first anniversary party on Saturday, May 17 from 12:00 PM – 8:00 PM. They will be releasing another new beer and they will have their first bottle release. You know there will be more surprises as the date draws closer, but you should probably mark it on your calendars. Cheers! 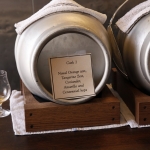 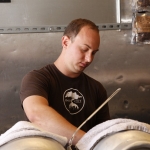 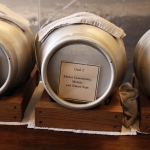 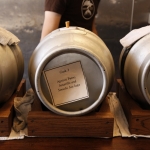 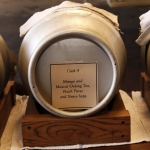 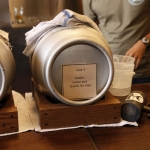 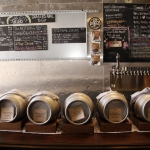 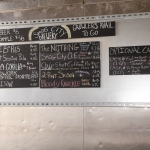 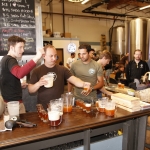 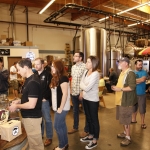 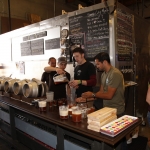 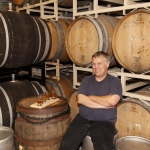 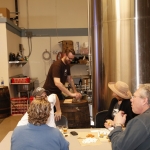 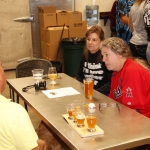 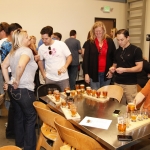 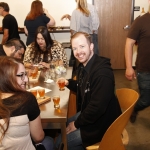 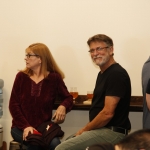 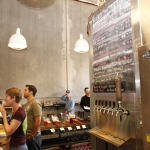 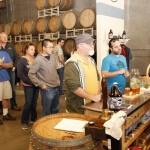 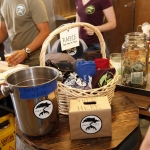