Wednesday was day three of the 9th Annual American Craft Beer Week and in keeping with my theme of visiting our local production breweries, brewpubs and gastropubs I decided that I would visit the two new tasting rooms that were not even in their construction phase last year at this time. Our first stop was at Absolution Brewing Company in Torrance.

Absolution Brewing opened their doors unofficially on March 1 with the official ribbon cutting taking place on April 25. Unlike most of the production breweries around here, Absolution brews in a more European style which really translates to lower carbonation. Some people that are only accustomed to “west coast” styles of craft beer like to suggest that the beer may be flat. If they ventured out of their comfort zone they would realize this is not the case at all. I have to think that Absolution Brewing has become very welcome as they are the one tasting room I visit that seems to constantly have a large number of customers. In the short time I was there they must have sold five kegs to go! I know some people complain that Absolution ran out of too many from their selection of 10 brews on the unofficial open but they do not realize that this was due primarily to Daily Breeze writer Nick Green being unable to stick to the facts and writing an article that appeared on the front page of the Breeze announcing that Absolution was opening two hours earlier than what it should have been. This resulted in a long line of people at the Absolution doors two and a half hours early. Naturally, they opened the doors and many brews were tapped out within minutes of when the actual opening time was supposed to be. I don’t know that the Absolution team realized just how popular their beers were going to be.

For American Craft Beer Week Absolution will begin phase two of their MUG Club, R U Feelin’ Wicked division. I joined the initial Founders division of the MUG Club and I have spoken with several other MUG Club members and I have yet to meet anyone that regretted their decision. The merchandise received, including t-shirts and a custom growler, combined with discounts and special events makes this a steal. You should stop by and sign up before they all sell out as there is a limit of 125 memberships. Absolution Brewing Company is located at 2878 Columbia Street in Torrance.

After dropping the car off at home we took advantage of the warm evening to walk over to King Harbor Brewing Company in Redondo Beach. King Harbor Brewing opened at the end of March this year and has made a pretty big impression locally as their taps are being found all around the South Bay area. While they currently have two main brews, The Quest Pale Ale and Abel Brown brown ale, they are now providing three variations of each. The Quest with either Rakau or El Dorado hops and Otis Simtennial which is The Quest with Simcoe and Centennial hops put through the hop rocket; and the Vanilla Abel which is Abe Brown with vanilla; and the Swirly which is Abel Brown with vanilla and lactose. It is a pretty tasty combination.

While we were there, Vella Pizza had their mobile brick oven going for those desiring food and the Geeks Who Drink were also there. Geeks Who Drink is a game of trivia that is pretty tough, but free beer is available to the winners, so if you are pretty smart you might want to check it out. They also had the LA Kings game on, and the Kings won, so Go Kings Go.

For American Craft Beer Week, King Harbor Brewing Company will be offering a Quest Flight on Thursday, which will be four versions of The Quest; the four varieties offered will be done with Rakau, El Dorado, Hallertau Blanc and Mosaic hops. It should be an interesting perspective on the difference different hop varieties can make. On Saturday they will be tapping their California Saison for the first time. I had the pleasure of trying this when it was a pilot batch many months ago; this should be good. King Harbor Brewing Company is located at 2907 182nd Street in Redondo Beach. Cheers! 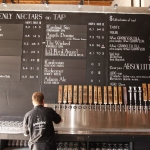 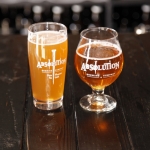 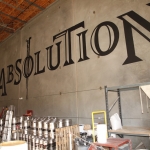 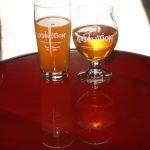 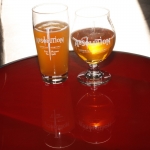 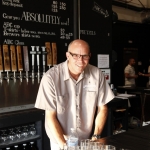 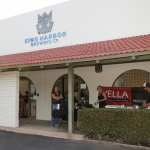 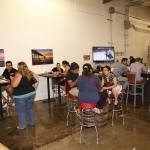 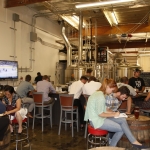 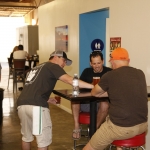 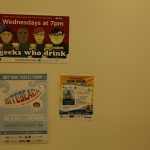 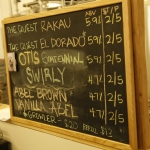 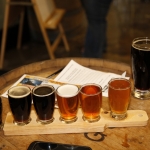 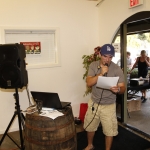 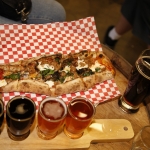 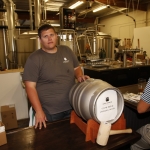 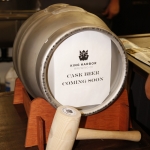 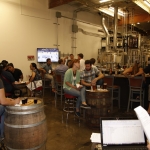 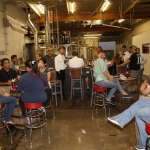