Tuesday was day two of the 9th Annual American Craft Beer Week and I really wanted an IPA. For those not in the know, we have been enduring a pretty bad heat wave and a couple cold beers were just what the doctor ordered. An IPA and some air conditioning would be even better. I decided to start off by heading to Long Beach for a visit to the Great American Beer Festival’s 2013 Mid-Size Brewpub of the Year, Beachwood BBQ & Brewing.

While Long Beach sounds like it would be cool, it was actually 105 degrees which was 10 more than home so the beer and air conditioning were quite welcome. When it comes to IPA’s, most locals would have to admit that it is pretty tough to beat the superb options provided by award winning head brewer Julian Shrago. Like I usually do, I opted for a flight consisting of three IPAs, Laurel, Pole Position and The Falcon which are all three fine examples of the West Coast IPA style. I finished the flight off with their Onyx Imperial Stout. In addition to their own fine brews and good food, Beachwood has a pretty amazing guest tap list. This just shows the confidence they have in their own beers. I decided to try the San Clemente IPA (Artifex Collaboration) from Pizza Port San Clemente and it was great. While Beachwood is not having any planned American Craft Beer Week events (because every week is American Craft Beer Week there) they were have a special bottle release for their Jean-Quad Van Damme Bourbon Barrel Aged Belgian-Style Dark Ale that was to be held Tuesday evening. They only bottled 100 so there was a limit of one bottle per customer. While 100 bottles would not usually last very long, Beachwood only announced it on the Instagram account and I mentioned it last night on the Craft Beer Guy Facebook page so there was limited exposure. I just called and there are still some bottles left so head over and grab one; or bring a friend and grab two. Be sure to tell them Craft Beer Guy sent you.

Later that evening I headed to El Segundo Brewing Company, another of the undeniably hop forward production breweries in the South Bay. They are also the only microbrewery in the South Bay with a tasting room that is open seven days a week. Up until very recently all of the tasting rooms in the South Bay were open Thursday through Sunday. When our new craft breweries decided they wanted to be open on Wednesday it started a trend and we now have three that are open Wednesday through Sunday; Smog City, Absolution Brewing and King Harbor Brewing. El Segundo has been open seven days a week for a couple months now and it is really nice to be able to grab a fresh pint or growler fill any day I want.

While there I noticed a new sign posted explaining their new growler rules. They are accepting blank growlers and growlers from other breweries but they do have rules; they are rather liberal but they are following the letter of the law so please take a look at the photo and read the rules thoroughly before attempting to bring in a gas can to get filled with a Hop Tanker.

One last thing; May 14, 2013 was the day that this website first launched and it has been a pretty fun ride so far. I have had the opportunity to meet a lot of really nice people as well as visiting many, many great breweries, brewpubs and gastropubs and sampling so many beers I needed an Untappd account to keep track of them all. I want to thank each of you for your support and for coming up and saying hello when we cross paths. I have just launched a mobile app that provides links to maps of all the South Bay breweries as well as the self-guided tours that I am putting together. In addition, the Events tab will show you which events I will be at because as one person told me at The Bruery’s event last weekend, “I know I am in the right place if you are here.” The app is free and can be downloaded at http://goo.gl/HpvYZx. Unfortunately, it is currently only available for Android devices but I will be including iPhone shortly. I hope you find it useful. Cheers! 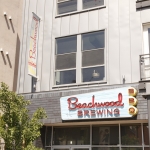 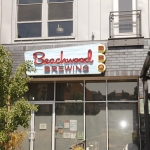 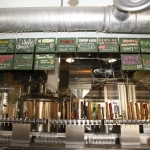 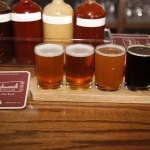 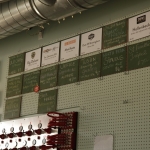 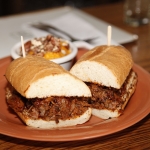 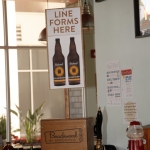 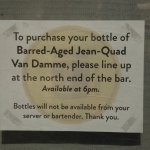 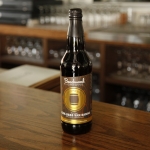 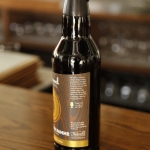 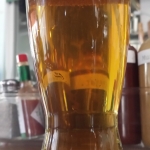 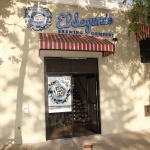 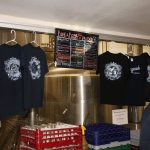 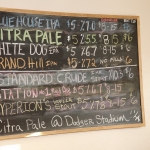 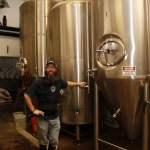 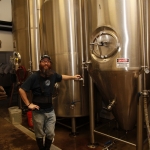 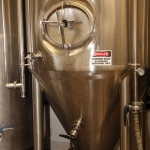 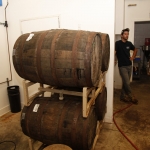 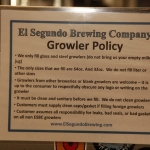 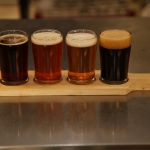 One Response to American Craft Beer Week 2014, Day 2: It was an IPA kind of day