These photos were taken Saturday, March 18, at the Absolution Brewing Company tasting room in Torrance, where they celebrated their three year anniversary.

Say what you will about Absolution Brewing, these guys know how to throw a party, and Saturday’s extravaganza was no exception. In addition to the 20+ beers that were on tap at the main bar of the tasting room, they had four special firkins and about 10 other special brews which were available in the front office. For those with an appetite for food, Bartz Barbecue was there with their brisket and pork sandwich options.

As this was a daylong event, I split my day up with two visits.

The day started with a VIP session that included the rock and blues sounds of local trio and Absolution Brewing Company favorite, Nasty Bad Habit. When I returned later that day, the tempo had definitely increased with the rocking sounds of Stephen Perkins and the Okai Sisters, also known as Tabitha.

One of the beers that was featured Saturday was Perkins Pale Ale, a collaboration that Absolution Brewing did with Temblor Brewing Company, a relatively new Bakersfield brewery.

My understanding is that Stephen Perkins, the former drummer from Jane’s Addiction, had arranged a meeting between Temblor and Absolution Brewing to do a collaboration; Perkins had a major influence in the choice of hops and grains used, and his drums were beating through a good portion of the brew day.

To help welcome Perkins Pale Ale, Perkins teamed up with the Okai Sisters to form the group, Tabitha. Let me just say that those girls absolutely slayed it.

I was talking to Cissy (Steve Farguson’s wife), who told me that she had met them at the door when they arrived; she said they seemed quite quiet and demure when they first met. Well, they may be very shy when they are not wailing on their axes, but plug them into their amplifiers and give them a drummer like Stephen Perkins and all that shyness dissipates. I would recommend doing a YouTube search it you are into heavy metal music.

Congratulations to Nigel, Steve, Bart and the entire Absolution Brewing Company team for a great three years and an off-the-hook party. I look forward to seeing what the next three years brings you. Cheers! 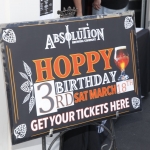 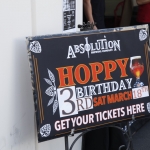 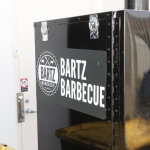 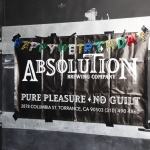 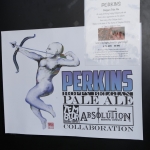 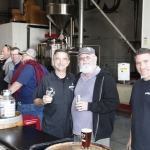 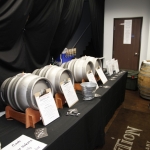 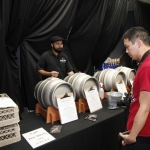 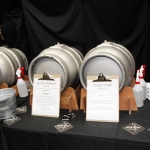 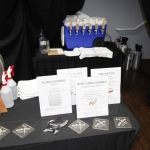 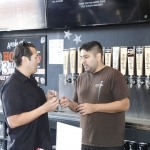 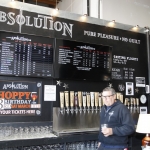 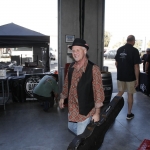 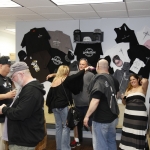 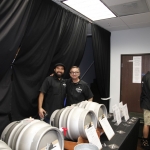 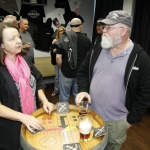 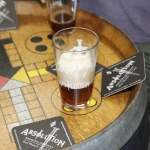 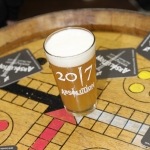 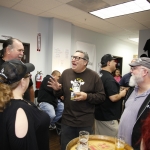 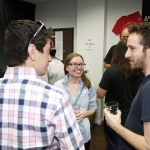