A Visit to Hermosa Brewing Company

These photos were taken Friday evening at Hermosa Brewing Company, a relatively new taproom in Hermosa Beach. It is literally around the corner from The Brewery at Abigaile, so I headed there after attending Abigaile’s Meet the Brewer event.

Regular readers may recall that in my review of 2018 I said that there were a couple breweries in the South Bay that I had yet to visit; one was Tortugo Brewing, which I took care of a few weeks ago, the second was Hermosa Brewing Company. While I had visited Hermosa Brewing back in August, it was pretty much to choose a couple of their beers for the 4th Annual South Bay Tap Takeover. This was my first visit with customers.

It was a cold and blustery evening at the beach, so I would not be too surprised if they were not very busy; however, as soon as I walked in I saw people I knew, and the place was packed.

I said Hermosa Brewing is a taproom, which may not be exactly accurate. They describe themselves as a pub on Facebook; what sets them apart from any other pub in Hermosa Beach is that they brew their own beer. They do not brew it on premises, or even in Hermosa Beach (yet), but they offer 12 taps of craft beer, all brewed by co-owner and head brewer Jorge Delgado. Their beers are quite nice.

I was immediately greeted by the other co-owner, Dave Davis, who almost immediately thrust a Hazy A.F. New England IPA into my hands. Those that know me know that is probably not going to be my first choice, but it was very good. I tried the As You Wish Double IPA and My Old Friend Porter on nitro to finish off the evening. My Old Friend was pure, velvety goodness.

The food menu is made up of various burgers, sandwiches, tacos and munchies; they even have a kids menu. I did not try any of the food, but from what I saw, it all looked delicious. The kitchen seemed pretty busy.

I mentioned above that Hermosa Brewing is relatively new; the fact of the matter is that they are preparing to celebrate their first anniversary next weekend, February 8 – 10, Friday through Sunday. There will be live music, along with beer and food specials. If you buy one of their anniversary Teku glasses, you will get $5.00 pours all weekend long. I hear they may be running low, so you might want to visit the taproom sometime beforehand and get your glassware before they are all gone.

Hermosa Brewing Company is located at 1342 Hermosa Avenue in Hermosa Beach. They are open every day except Mondays. Cheers! 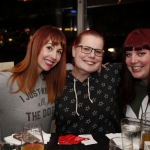 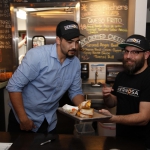 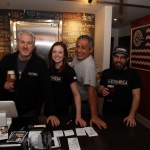 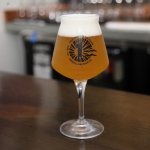 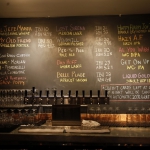 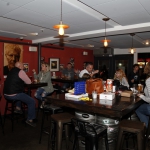 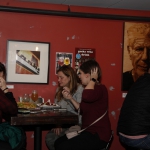 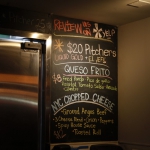 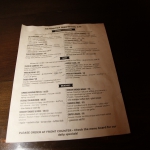 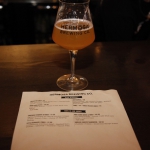 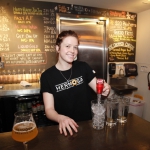 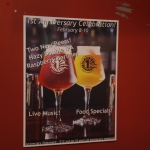 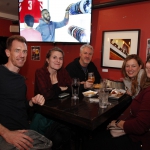 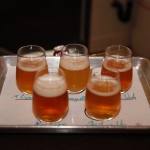 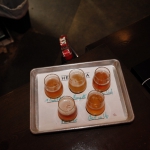 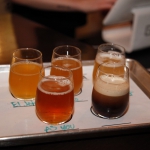 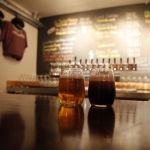 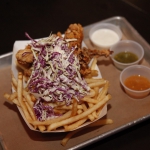