As much as I like to support local business; sometimes it just makes sense to shop at the major chains. This can hold true whether you are buying tires for your car or craft beer for your fridge. My last article about the local bottle shops was an article that I have been planning on writing for several months, but I wanted to give one of the locations a chance to finish some construction first. Initially I was going to compare two independent bottle shops to Total Wine, after I discovered that Costco had a wide selection of craft beer I decided that I would write two articles; the last one about the local independents, and another about the chains that carried craft beer. This article will visit Total Wine & More in Redondo Beach, Costco in Hawthorne and Whole Foods in El Segundo. You should probably know this going in, not all Costco or Whole Foods are created equal; not all locations are as good as those visited for this article.

Of any place I go to buy craft beer, Total Wine in Redondo Beach gets more of my business than probably everywhere else combined. The reasons for this are many, but the main reason is that it is basically across the street. It takes almost as much time to drive and park as it does to walk there. The convenience factor is strong with this one. The second thing is that they carry about 3,000 different varieties of beer and you can purchase individual bottles/cans so experimenting is a piece of cake. Not only do they carry American craft beers but their International beer selection is better than any place I have ever been. Their pricing is usually very good; I have found locally brewed beers being sold for significantly less that it would cost at the tap room it came from.

As a tip, if you visit Total Wine, feel free to walk into the cooler; there are lots of surprises to be found including Pliny and Blind Pig. Most of the time there will be bottle limits, so bring your friends and neighbors.

The downside of Total Wine is that with all those beers, not all of them are properly stored. It is not unusual to see an IPA sitting outside the cooler. I suspect it is not a big concern because their turnover is probably pretty quick on some of the popular brands, so I make a point of checking the bottled date of those not stored in a cooler. Total Wine & More is located at 1505 Hawthorne Boulevard in Redondo Beach.

When it comes to the chain stores, Costco really surprised me. I must admit, I hate going to Costco but Tanya, my fiancee, bought a membership in order to save on a car rental. The membership issue would have prevented Costco even being mentioned but you do not need to be a member to purchase alcohol at Costco! I am not sure why and no one could tell me, but there it is; you may have heard it here first. Anyway, back in July when Beer Camp was released I had heard a rumor that it was available at Costco so when Tanya needed something there anyway I tagged along. I was very surprised by what I found, and even more by the pricing.

For example, Beer Camp was selling for about $25 for a 12-pack at Total Wine; a very fair price when compared to other places [if you could find it]. A 24-pack at Costco was $38.00. I saw cases of local brews that were being sold at a fraction of the tap room price; it is safe to say that their profit margins on craft beer are minimal. If you think the pricing structure applied only to bulk purchases, guess again. They sell lots of bombers of many highly sought brews and their prices were all lower than I have seen anywhere, including Total Wine. I was surprised to find bombers of Sierra Nevada’s Beer Camp Invite IPA which I had not found anywhere else. If it wasn’t for Costco I probably would not have known it existed.

The downside of Costco, and this applies to any Costco I have visited, is that their parking always sucks and the line to checkout has frequently caused me to say, “Screw it” and just leave. My time holds more value than the couple dollars I would have saved. As I said above, not all Costco locations are created equal. We visited the Torrance location a couple weeks ago and their craft beer selection was almost nonexistent in comparison to the Hawthorne location. Costco is located at 14501 Hindry Avenue in Hawthorne.

I do not normally shop at Whole Foods, but every once in a while there is a craft beer event there, so I head over. To be honest, the best thing about the Whole Foods in El Segundo is not their craft beer selection, it is The Tapas Bar that they have sitting amid all the craft beers. Now, having visited Spain a few times, I think they are really stretching the description of “tapas” but they do offer crackers, cheeses, olives and sliced meats. The highlight of The Tapas Bar isn’t the tapas though, it is the 26 beers they have on tap. They carry local breweries as well as those not so local; El Segundo Brewing Company, La Trappe, Bear Republic and Firestone Walker are just a sample of what you are likely to find. Full pours range from $7.00 to $9.00 and will be 12 or 16 ounces; however, they also offer flights and almost seem to be encouraging you to experiment with their “760 Flight Plan” which offers any four of their beers on tap for a mere $5.00; that is a deal that is pretty tough to beat.

The downside of Whole Foods when it comes to their beer is not very obvious. Their pricing seems to be on par with everyone else. The last time I was there for the Parabola takeover, they had Firestone XV and XVII, 2014 Stickee Monkee, 2013 and 2014 Sucaba, 2013 and 2014 Parabola and 2013 Velvet Merkin available to take home all at retail prices; but don’t expect to find that on a daily basis. Not all of their IPAs are kept in the cooler, but they are in the cooler part of the store and turnover might make it a non-issue. Like Costco not all Whole Foods are created equal. While the Torrance location sells craft beer they do not offer beer on tap. Whole Foods is located at 760 South Sepulveda Boulevard in El Segundo. Cheers!

Back to Photos from Total Wine, Costco and Whole Foods
[Show as slideshow] 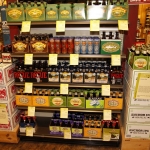 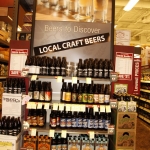 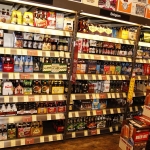 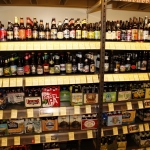 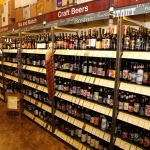 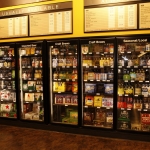 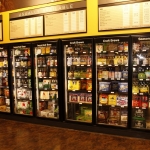 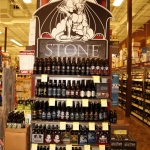 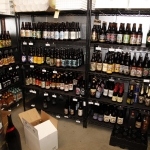 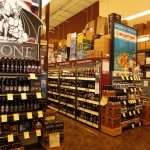 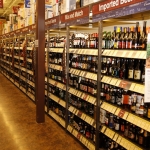 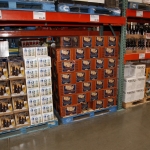 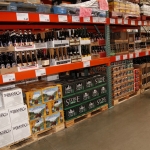 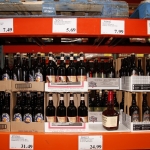 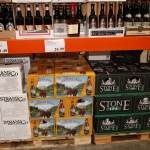 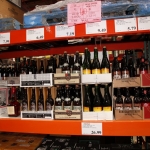 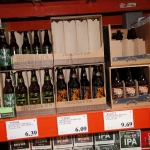 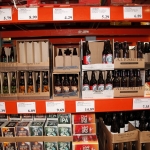 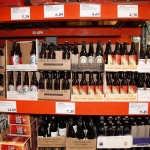 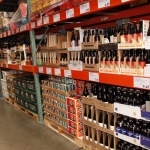 1 2 ►
Back to Photos from Total Wine, Costco and Whole Foods