The president of the newly formed Los Angeles County Brewers Guild, Jeremy Raub, said that the goal of this 6th Annual LA Beer Week is to “showcase the many diverse components” of the local craft beer scene. This includes the brewers, bar owners, distributors and journalists that help get fresh craft beer to you and make you aware of these brews. Since I usually spend my time promoting breweries, craft beer bars, home brew clubs and gastropubs, I thought I would do something a little different and discuss some of the local bottle shops that specialize in good beer; whether local or international as long as it is craft. It is nice to be able to walk into a tasting room whenever you like, but that just is not possible [around here] primarily due to the limited hours that tasting rooms are open. Besides, as much as I enjoy the beers that are brewed around here, when it comes to beer variety is definitely the spice of my life. Today I am going to introduce you to three locations in the South Bay that will likely provide many of the hard to find brews that are available to the person that doesn’t mind searching a little. The three bottle shops are Number 1 Liquor and Adam’s Fine Wines & Liquors in Redondo Beach; and 3Ten Liquor in Torrance.

Number 1 Liquor has been at the same location on the corner of Aviation and Grant Avenue since the 1970’s; although they did not start promoting craft beer until 2012. To be honest, the first time I heard about Number 1 I was told to not tell anyone about it. They were one of the only bottle shops in the South Bay that had a Russian River allocation, making it one of the few places around here that you could buy a bottle of Pliny the Elder, Blind Pig or any other Russian River beers. The downside to it was that you had to know that they had it in stock in order to get some. That was actually my main turn off to the place; it seemed like they had more beer in the back room than they had displayed and you had to know what to ask for otherwise it was a matter of telling them what style or brewery you preferred and they would bring out what they thought was close. It was less than ideal; but there was no doubt that they carried more varieties of hard to find craft beer than any other independent liquor store that I was aware of.

I have not been to Number 1 Liquor in a few months because I had told their Store Manager, John Dice, that I was going to write this article and he informed me that there was a lot of improvements being made; so I waited it out to see what they were doing. I have to admit, I was quite surprised at the improvements they have made. Now, instead of back room beers that you would never guess, they have a very nice walk-in cooler with automatic doors that welcome you to enter as soon as you draw near. As you can tell by the photos the selection is vast and includes craft beer from near and far. They have a wide selection of just about every variety with lots of sours and meads included in the mix. The prices seem to be all over the place; I thought some beers seemed priced a little high while others seemed lower than what I have seen elsewhere, so I guess it all works out in the end. One door consists of various beers that you can mix and match for your own $9.99 six pack; it is a nice way to experiment with beers you are not familiar with. When you are in the walk-in don’t hesitate to look on the bottom shelves; I found a Hop Zombie by Epic Brewing Company to bring home down there. As far as back room beers, there are still a few, like the Cantillon that you would have to ask for. So to be safe, if you don’t see it, ask for it.

While there has been a lot of work done to the store, they say they are about 75% done; we can expect more walk-ins and they will be selling kegs in the future. When asked what sets them apart from the other local bottle shops they say it is their connections. Apparently they have friends and family that enable them to get brews not normally available locally. Number 1 Liquor is located at 1520 Aviation Boulevard in Redondo Beach.

I met Kevin Olson, the owner of Adam’s Fine Wines & Liquors at a bottle share at Sophie’s Place a couple years ago. He opened Adam’s Liquor on April 1, 2011 and has spent a lot of time honing Adam’s into what it is today; in fact, as he puts it, “Three years later and we almost have it where we want it.”

There are lots of great, hard to find beers at Adam’s Fine Wines & Liquors, but that is probably a given or I would not have bothered to include them in this article; however, that is just the beginning. As someone that has been a marketer since I was in the 6th grade, it is easy for me to notice the cool little things, and Adam’s has several of them. The first is their beer club; for $29.99 a month you will receive at least 100 ounces of select, rare craft brews. The value is usually between $40 and $45 and if they get something super rare in, beer club members will find a bottle in their monthly allotment.

Some of the other niceties include home delivery and a loyalty program where customers receive discounts by building up points via other purchases. They also cater parties and if there are unopened bottles at the end of the event, you can return it; that’s a pretty cool option for non-profits. Olson can probably be described as a beer geek, and possibly a hoarder, and this works to your benefit. For instance, I was able to pick up a 2012 T.R.E.A.T by Midnight Sun Brewing, but I could have gotten a 2013 Trickster just as easy. In other words, you will find beers here you will not find elsewhere. Olson also has a habit of cellaring stuff so when there is a new release he can put an older release right next to it for those that would like to try them both. When I was there today I saw a 2013 Velvet Merkin sitting next to the 2014 bottle.

Adam’s Fine Wines & Liquors fills special orders (when possible) and can get kegs if available. Adam’s is located at 1306 S. Pacific Coast Highway in Redondo Beach.

3Ten Liquor is the newest of the three bottle shops, having opened at the end of March 2013. Owner Mark Zaky brought on his long time friend Brett Naylor as the beer buyer and together they proceeded to turn an old liquor store into a very nice craft beer supplier. As they are relatively new, they are still experimenting with their displays and have plans for expanding their displays. They currently have about five doors of their cooler devoted to craft beer and have an aisle of cellarable brews. When asked what sets 3Ten Liquor apart from the others, Naylor put it quite well; “as I have limited space I have to be more targeted with what we sell.” What that means for the consumer is that you will find beers from craft breweries that you might not expect; like Kern River Brewing Company and there seemed to be a lot from Lagunitas, Belching Beaver, Modern Times and Saint Archer. For a new liquor store to be able to provide some of these is not easy, so it shows 3Ten has gotten street cred in craft beer.

Zaky and Naylor can frequently be found visiting local tasting rooms and this networking has helped them score such deals as the collaboration between The Bruery and Smog City Brewing, Atomic Kangarue; of course I had to pick one up as I have heard nothing but good things about it. They have almost two cases of it, and since they are not as popular as some of the other bottle shops they do not sell out as quickly so it is easier to purchase these limited edition brews. I would recommend visiting or calling if you are seeking a rare beer, you never know; they just might still have some available. 3Ten Liquor is located at 22505 Crenshaw Boulevard in Torrance. Cheers!

Back to South Bay Bottle Shop Photos
[Show as slideshow] 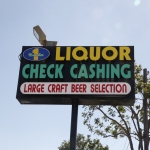 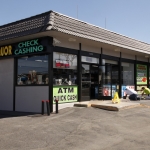 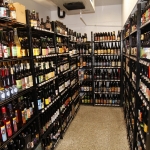 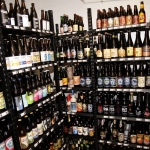 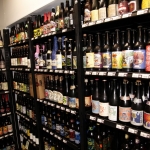 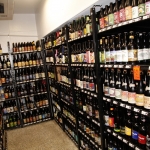 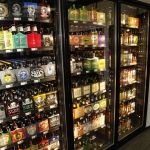 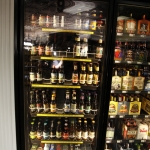 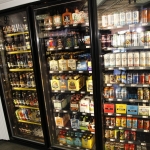 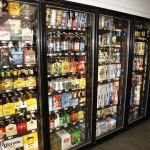 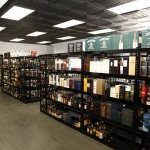 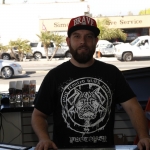 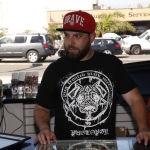 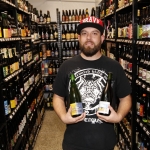 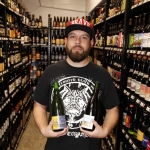 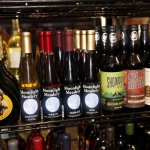 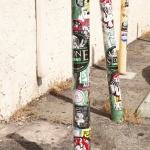 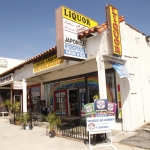 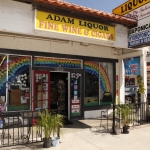 One Response to Bottle Shops: The South Bay’s Hidden Treasures