The Road to GABF: Day One

Thanks to the Brewers Association, I am attending my first Great American Beer Festival (GABF) in Denver, Colorado. As I have recently become the patriarch of my family, I decided that I would drive to Denver so I could use it as my jumping off point for my Craft Beer Tour 2017.

I left Monday morning, but got a later than planned start, which ended up messing with my scheduled craft beer stops; those being Zion Brewery and Moab Brewery. Because of my late start, Zion ended up being too far off I-15 for me to make the detour. After that, there just was nothing along the way in Utah. My advice is that if you are traveling through southern Utah, bring some craft beer with you; the drive is beautiful, but dry.

So, while the title of this article is The Road to GABF: Day One, the photos do not really begin until Tuesday, when I arrived in Grand Junction, Colorado and visited Kannah Creek Brewing Company.

Kannah Creek Brewing Company has three locations; two in Grand Junction and one in Fruita. All three are brewpubs; I visited the original one at 1960 N. 12th Street in Grand Junction. The other Grand Junction location, Edgewater, was their primary production facility, but they sold off the equipment to make room for expansion of the restaurant there, so the original location is carrying the load for the time being. This meant that fewer beers were available, but as I am flying solo this time, there were more than enough for me to do a small flight. My flight consisted of their Highside Hefeweizen, Standing Wave Pale Ale, Pigasus Porter, and Black’s Bridge Stout. All were well done, with the Highside Hefeweizen being the standout primarily because of the citrus finish. Unfortunately, it was a couple hour drive from my starting point of Green River, Utah and I was starving and I had stopped for a terrible fast food breakfast, so I did not try the food. The menu consists primarily of things like pizza, sandwiches, salads, calzones, and pastas.

Thank you to Ross, who gave me a tour of his brewhouse. Their 10 barrel system is turning out a great number of good brews. Just an FYI, they have an outdoor patio, but it is not dog friendly.

As is my custom, while at Kannah Creek I asked what I should look for east on I-70, and was told that Palisade was a must stop, with Palisade Brewing Company being described as “the best in the valley.” As I was not entirely sure what “the valley” consisted of, I jump on I-70 and continued east.

As I approached Palisade I saw the standard signs telling me what restaurants, gas stations and attractions were ahead, when I noticed one for Meadery of the Rockies. As there were several fruit and honey stands in the area, I knew I had to make a stop there.

As soon as I walked in the door I thought I had stumbled into a Cracker Barrel; and if you have ever been to one, you know exactly what I mean. The smell of warmed spices wafted through the air; and while they may not have sold old time sodas and nostalgic candies, there was a definite homey atmosphere about it.

As it turns out, Meadery of the Rockies is also associated with a couple wineries. As it turns out the spiced smell I noticed upon entering was warmed mead with one of their mixed spices offerings. It was quite tasty. They offer free tastings as well as full pours and bottles to go. The Chocolate Cherry Honey Wine was outstanding.

Palisade Brewing has a dog friendly patio and eight or nine beers on tap, including their seasonals. I opted for a small flight consisting of their Dirty Hippie Dark American Wheat, Hula Hoppie Session IPA, Off Belay IPA, and the Let It Grow, Fall DIPA. Palisade Brewing is located at 200 Peach Avenue in Palisade. I should probably mention that I was told that Palisade Colorado grows some amazing peaches, so if you are in the neighborhood, during peach season, you might want to check them out too.

I ended my day at Ironworks Brewery & Pub which is located at 12354 W Alameda Parkway in Lakewood. While Ironworks is a brewpub, you probably would not guess it judging by appearances. The outside has neon signs advertising Bud, and when you walk inside it comes across more as a very spacious bar complete with darts, pool and pinball machines. However, they did have nine of their beers on tap. As it turns out, Ironworks Brewery is Lakewood’s oldest brewery; and the second oldest brewery in Denver.

Since I was done driving for the day I went ahead and had a flight of all nine of their offerings. To be honest, I am not sure that anything wowed me, but I found their El Sancho-Roasted Hatch Chilli to be my favorite of the batch; the roasted chili came through very nicely.

Their food menu is made up of standard pub fare like tacos, french fries, pizza, burgers and nachos. It looks like a nice place to spend a Sunday afternoon watching the games. Cheers!

Back to the Road to GABF: Day One Photos
[Show as slideshow] 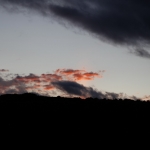 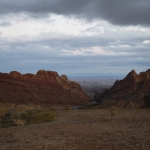 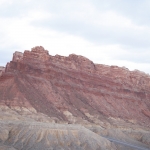 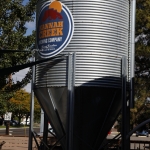 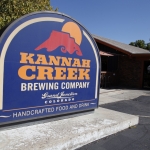 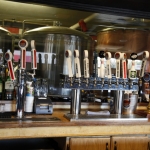 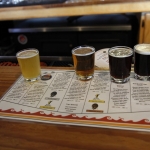 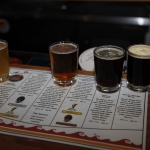 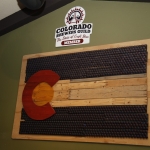 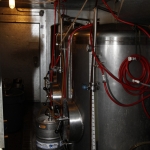 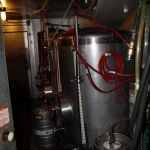 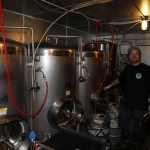 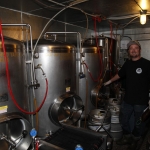 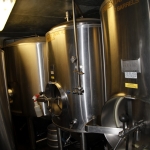 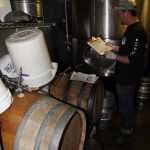 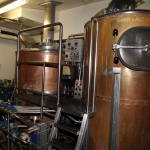 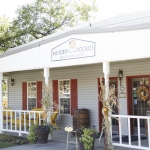 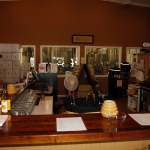 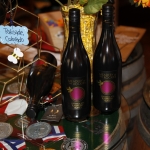 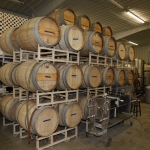 One Response to The Road to GABF: Day One