As frequently happens when a new brewery opens in the area, lots of people ask me, “how is the beer?” There are not a lot of breweries that open up trouble free, so that is usually a legitimate question. Unfortunately, I had only visited The Brews Hall once since their grand opening for a beer with a friend, and they were still new enough that they still relied on guest breweries to keep their taps flowing; so when the Vice President of Operations for the Zislis Group (owners of The Brews Hall) extended an offer for me to return and check things out, I put on my foul weather gear, grabbed a plastic bag for my camera, and headed over for a return visit.

Rain finally hit the South Bay on the day I decided to visit, and it hit in a big way; combined with COVID-19 concerns, the rain could not help attendance matters much, so I intentionally got there shortly before their Happy Hour began. As expected, the parking lot was very wet and pretty empty when I first arrived. This definitely changed as the Happy Hour began and the rain eased up.

The Brews Hall has a large outside, dog friendly, patio that is probably going to be very nice this summer; in the meantime, they have tarp walls and exterior propane heaters to help keep the patio warm. As Buddy didn’t feel like going out in the rain, I left him at home and limited my experience to sitting at the bar.

If you have not visited The Brews Hall yet, it is essentially two breweries, Buzzrock Brewing and George Lopez’s Ta Loco Brewing Company, that share a common brewhouse, with what comes across as a food court, separated by a dining area. The “food court” consists of four restaurants, Chicken TWILI, Colin Cowherd’s The Herd, George Lopez’s Chingon Kitchen, and Rock’n Fish Restaurant which is a Zislis Group property.

While The Brews Hall is self-described as a brewery and food hall, I think that needs to be clarified a bit. While the restaurant area might remind you of a food court in a mall, all four locations actually share the same kitchen and have an Executive Chef, Shaun Dry of Rock’n Fish, who runs it all and keeps things running smoothly.

After taking a few photos, I sat at the bar and was joined shortly by Assistant Brewer Alex Rodriguez. As I spent several months photographing the build of The Brews Hall, as a result, I met Alex soon after he was brought on to the team.

I recalled speaking with Alex at the ribbon cutting for The Brews Hall, when he mentioned that he really appreciated the work ethic of everyone from the cooks and servers to the busboys. I asked him if his thoughts had changed at all; if anything he seemed even more appreciative. He mentioned that every manager of every department was given a copy of the book Setting the Table by award-winning restaurateur Danny Meyer. Apparently it is basically the Bible for the Zislis Group, with “No” not being in their vocabulary when it comes to making the customer experience the best it can be.

When asked what his favorite thing about brewing at Buzzrock/Ta Loco, without hesitation he responded that it was the freedom they were given to experiment with their brews.

After a while we were joined by Head Brewer Justinian Caire. When I asked Justinian what his favorite thing was about brewing there, he pretty much gave to same response as Alex, the freedom to experiment with brews.

With a four-vessel, 20-barrel brewhouse, with 17 fermenters and 12 serving vessels there is plenty of room for more beer. They have recently acquired a couple hundred kegs so they can provide beers for other restaurants in the Zislis Group. The Brews Hall currently offers crowlers to go and they will soon be acquiring a canning line so people can bring even more beer home with them.

So, how is the beer? While there were 15 beers available on the menu, I started off with a couple beers that were not yet on the menu; their Agria Fresca, a tart Gose with hibiscus flowers and pink Himalayan salt, which was absolutely delicious. While it was not on the menu Thursday, it was released to the public the following day.

The second beer I had was a yet to be named West Coast IPA that I really enjoyed. The nose and flavor told you it was an old-school West Coast IPA, but the residual hoppy bitterness you would expect to finish with doesn’t really happen. West Coast flavor without the bitterness makes it very approachable even for the new to craft beer palate.

I revisited the Ta Loco Naranja Crema which now looks and tastes more like a creme ale than its original batch did. I also tried the Buzzrock Double IPA again, and all I can say is that if you enjoy coconut flavors in your beer you will enjoy this. The interesting thing is that the flavor is all from the hops; I have had numerous beers with actual coconut in it that did not match the coconut flavor in this brew.

For food, I opted for the Rock’n Fish fish and chips, based on Justinian’s recommendation; I was not disappointed.

Back to Photos from The Brews Hall, 100 Days Later
[Show as slideshow] 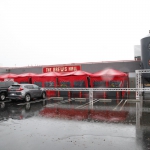 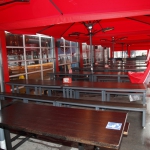 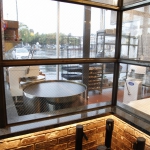 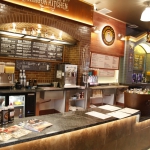 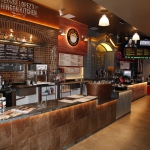 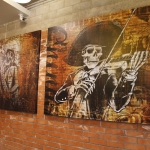 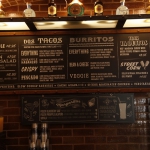 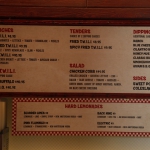 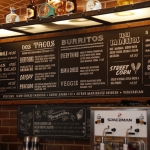 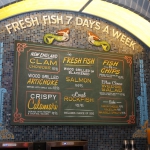 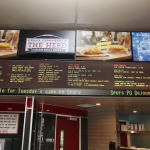 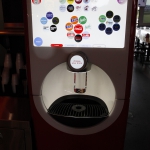 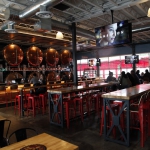 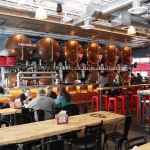 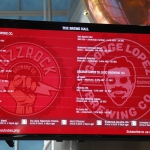 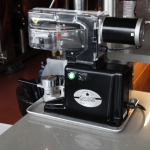 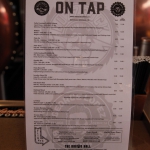 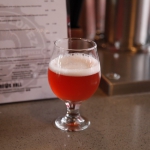 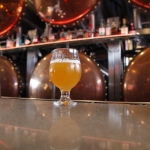 Back to Photos from The Brews Hall, 100 Days Later