When I left off, we had visited Coachella Valley Brewing and La Quinta Brewing in the Inland Empire and began our drive to Arizona. Unfortunately, there were not a lot of options available to us between the Palm Springs area and our final destination, Tempe. Since it was a Wednesday afternoon there were some breweries that were open in the Phoenix area but most would be closed before we arrived; besides, we needed food as well so a brewpub would be the preferred choice or a gastropub if no brewpubs were available.

Tanya got online with her iPhone and discovered that SunUp Brewing, a brewpub in Phoenix, would be open so I set our GPS for Camelback Road. SunUp Brewing has a fairly wide food selection, primarily made up of the kinds of foods you would expect to find in the Southwest like nachos and chili, but also offering several salads, sandwiches and burgers. I left the food choice up to Tanya which resulted in our having a spinach salad, some chili and peach cobbler. The salad and chili were good, but the peaches were a little crunchy. But I was there for the beer. Our server, Emily, provided us with a flight of all nine of the brews they had on tap that night. We started with their Horizon Hefeweizen and Light Rail Cream Ale which were both solid but a little light for me, although the cloves and banana flavor of the hefeweizen were nice. The Stinger Pale Ale, Amber, Trooper IPA, Amber (w/ Cascade), Falcon Red, Vanilla Porter and Coffee Oatmeal Stout were more my style and quite enjoyable. All of their beers could qualify as session beers, so feel free to order a flight or a couple pints; you should be able to walk a straight line later. SunUp Brewing is located at 322 E. Camelback Road in Phoenix.

The next few days I worked a trade show in Tempe, so I was pretty much tethered to the downtown Tempe area. I have been going to Tempe for several years now and last year I discovered that a World of Beer (WOB-Tempe) had opened a block from the hotel I stay at. While I am not sure that I would describe World of Beer as a gastropub, they do serve food, I just have never ordered any there. They describe it as “tavern fare” which is close enough for me. What they do have is about 54 taps and more than 500 bottles and cans of beers from around the world. Their tap list includes beers from many of the Arizona production breweries as well as popular brands from around the country. The available bottled beers are literally from around the world; if someone wanted to collect Untappd badges, World of Beer would be a good place to do that. To be honest, if I lived near one I would probably have to just start at the top of the list and work my way down. The owner JP, and all the staff, make WOB-Tempe a fun place to visit and as long as I am working in Tempe it will be my go-to location for craft beers from around the world. World of Beer-Tempe is located at 526 S. Mill Street in Tempe.

As I mentioned in my last article, I had asked my Facebook followers for suggestions of locations I should visit. One of the suggestions was Arizona Wilderness Brewing Company in Gilbert. While Gilbert was not exactly on the way home, it was only 30 minutes out of the way and since it is a brewpub we would be able to get some food before we started the five hour drive back to California. I had been told that Arizona Wilderness Brewing had been named top new brewery in the world for 2013 by RateBeer, so I figured a slight detour would be okay.

Arizona Wilderness Brewing opened in September of 2013 and while a small brewpub, they do turn out some pretty nice beers; their pretzels are good too. We got there when the doors opened and apparently they had noticed our dogs in the car as we were immediately informed that they had a dog friendly patio out back. Since it was a very nice morning, we took advantage of the weather and let the dogs hang out before their long drive home. I ordered a flight of their available brews which included The Refuge IPA, Oaked-N-Ordinary English Bitter, Pusch Ridge Porter, Estrella Extra Pale Ale and Gibraltar’s Gose. I do not know if it is an Arizona thing, but again all of their beers were pretty low ABV (under 5%) except for the Refuge IPA which was a very pleasant IPA weighing in at 6.8%. While we had a good time and the beers were solid, there was nothing really extraordinary about them that would make me think they were the best out of 2,600 new breweries. I did a little research and discovered that the award was based off beer ratings on the RateBeer site, as well as other social media interactions. The new guys out there should pay heed; social media can help you, a lot. Arizona Wilderness Brewing Company is located at 721 N. Arizona Avenue in Gilbert.

Another suggestion I received was The Perch Pub & Brewery in Chandler. Actually, a follower said a “friend” of theirs worked there and I should check it out. Later that “friend” said he no longer worked there and seemed to be pretty negative about his departure. I could not let a disgruntled former employee dissuade me from visiting, especially since it was only a few minutes down the street and in the same general direction as home anyway. As it turned out, The Perch is more of a gastropub than a brewery but they are in the process of assembling a brewhouse in the back of the restaurant. Brewer Andrew Bauman took me around to see their progress; word is they plan on brewing within the next month or two. I will be back in the area next April so I will try to make it back over then. It is a very family friendly environment with lots of exotic birds for the kids to observe while you sample a brew or two. The Perch Pub & Brewery is located at 232 S. Wall Street in Chandler. Cheers!

Back to Phoenix Area Craft Beer Locations
[Show as slideshow] 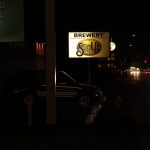 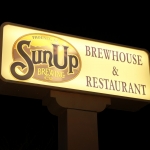 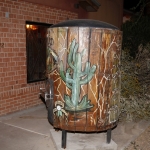 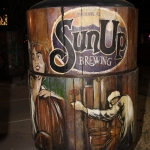 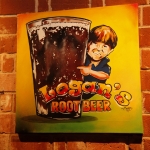 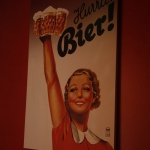 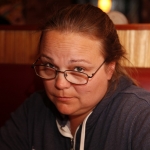 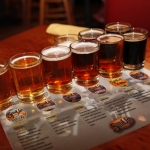 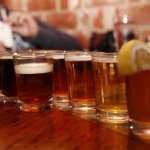 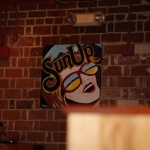 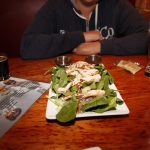 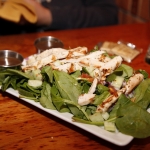 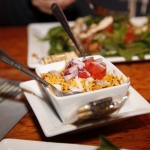 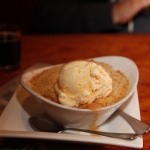 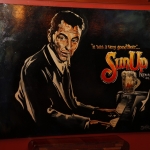 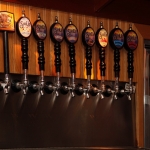 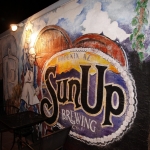 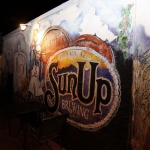 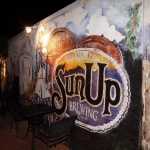 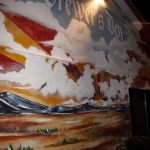