New breweries in the Inland Empire

Last week I made my annual pilgrimage to Tempe, AZ. For the past couple of years we made it a habit to leave the night before my scheduled arrival date and always found myself at Babe’s BBQ & Brewhouse in Rancho Mirage because they were the only place open by the time we got in the area. While they have a nice selection of in-house brewed beers, decent food and amazing peach pie, this year I wanted to try something new; and I just knew that there had to be a couple new production breweries in the Palm Springs area. As I am inclined to do, I asked my Facebook followers if they had any suggestions; once again they did not let me down.

The first location I was directed to was Coachella Valley Brewing Company in Thousand Palms, a production brewery that has been in business about six months. To be honest, I had planned to leave town a little earlier than I did so I could spend more time at my destinations, but fate was not on my side. Add to that an extreme dust storm that literally brought traffic to a dead stop on I-10 and I was definitely running behind. When we arrived at Coachella Valley Brewing the sand in the air was so bad that I had concerns taking my camera out of the car; it was pretty nasty.

Once we got in I was pretty impressed; the place is massive. When I heard they were only six months old I was even more impressed. They advertise that free tours come with every pint purchased but the beertender appeared to be the only one on duty so I settled for taking a few photos of their brew house and sampling a flight. They had about 12 different options available on the day we were there. Our flight consisted of their Desert Swarm, a witbier featuring locally produced honey; a Sessions IPA that I guess is a session beer because of the 4% ABV and the poor flavor. We continued with a Harvester IPA which was quite enjoyable and ended with another enjoyable beer, their Whopper Imperial Chocolate Milk Stout that reminded me that my son has a Whopper Stout fermenting as I write this. As I only tried four of at least 20 options I don’t know that I can really judge them, but I am positive I will be back when I have more time so I can try some of their other options. Coachella Valley Brewing Company is located at 30640 Gunther Street in Thousand Palms. They are open six days a week (closed Mondays) so if you find yourself stranded in a dust storm, head over as they are likely open.

The second recommendation I received was from Tom Dunbabin of King Harbor Brewing Company. Tom told me he had a friend that was working at La Quinta Brewing Company, a production brewery in Palm Desert. La Quinta Brewing is about three months old, but it was pretty obvious that Ryan Pearson, Brewmaster had some experience under his belt. I was told that he began his brewing career with Green Flash Brewing, so I had a feeling I was going to enjoy myself. La Quinta Brewing had six brews available and since they are predominantly low ABV beers, we opted to try a flight of all six; it was a great decision. The flight was made up of their Poolside Blonde, Windy Point Wheat, One Eleven Pale Ale, Brewers Reserve Amber Ale, Indian Canyon IPA and Koffi Porter. They were all truly delightful with the Indian Canyon IPA definitely showing the Green Flash background. I was told that King Harbor Brewing and La Quinta Brewing would be doing tap takeovers with the two of them each visiting the others stomping grounds. If you make it to one of them I suggest doing a side by side comparison between King Harbor’s Abel Brown and La Quinta’s Koffi Porter; one may be a brown ale and the other a porter but the coffee similarities will make it interesting. La Quinta Brewing Company is located at 77917 Wildcat Drive in Palm Desert and is definitely worth a stop by. Friendly staff and great beers; we will definitely return and I predict big things for these guys. Cheers! 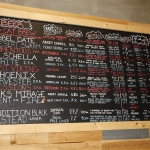 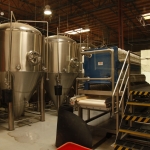 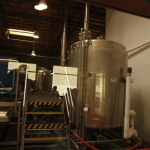 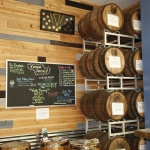 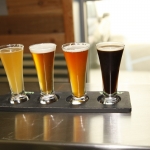 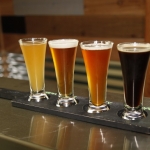 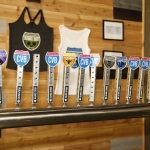 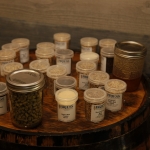 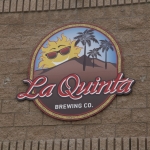 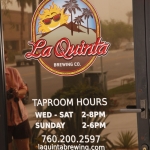 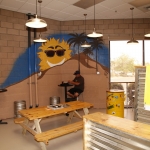 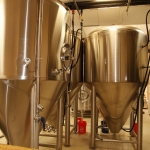 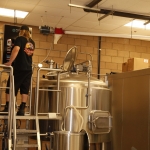 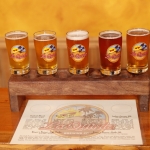 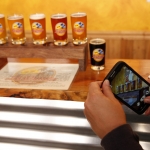 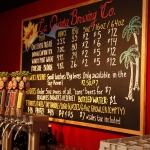 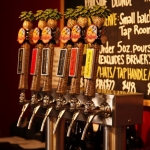 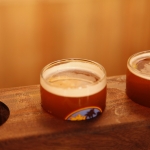 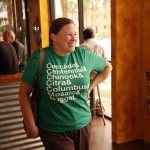 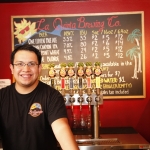 One Response to New breweries in the Inland Empire