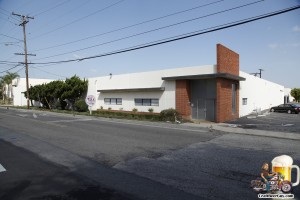 On Wednesday evening, Strand Brewing Company owners Joel Elliott and Rich Marcello appeared before the Torrance Planning Commission to request that their Conditional Use Permit, CUP15-00004 be approved. The gist of the request is that Strand Brewing Company wants to move to a bigger facility, be open longer and to be able to host special or private events on the days that they are not normally open. They also asked for the ability to bring in food trucks that comply with Torrance’s rules and have all the required permits.

Joel Elliott presented the request to the Planning Commission and addressed an email correspondence from one Torrance citizen that was very animate that she was against the idea of a “bar” moving into the neighborhood with its noisy drunks wandering into people’s homes by mistake. He agreed that if this was the case he would not want it either; but anyone that goes to Strand Brewing Company or any local tasting room, knows this is not the case. Fortunately, there were six letters in favor of approval from neighboring businesses, customers, a charitable organization and a mix of all of the above. In addition, there must have been 10-15 supporters in the audience, four of us who spoke in favor of approval including Monkish Brewery owner, Henry Nguyen. Smog City Brewing owner Porter was in the audience in support of Elliott and Marcello’s request.

After I gave my prepared speech, Planning Commission Chair Steven Polcari mentioned that three or four had been sitting on the commission when Strand Brewing first applied almost six years ago. It was Commissioner Steve Skoll that asked the question everyone in the room wanted to know; “When are you opening?” Elliott said that he hoped for the end of May 2015, to which Skoll said he would tell everyone June. Elliott smiled and thanked him. The Conditional Use Permit was approved unanimously.

The reason I said what everyone wanted to know was when and not where is because we all had our paperwork in front of us. The address of the new location will be 2201 Dominguez in Torrance. Now I know that there were rumors that it might be a little closer to the Ale Triangle made up of Monkish, Smog City and The Dudes’ but it is only a mile from The Dudes’ to the new location and a little less than that from Smog City to the new location. You can be sure that in the coming year we will be doing another of our brewery walks and adding them to the mix. The entire route is only 2 1/2 miles with one mile being the longest leg.

After I got home I was reading a friend’s Facebook page, Dan Thomas, who also happened to be one of the four that came up and voiced his support. I am sure he won’t mind if I quote part of what he wrote; “It was nice to see the owners of Smog City Brewing and Monkish Brewing at the Torrance Planning Commission meeting tonight in support of STRAND BREWING’s request for a C.U.P..” I frequently tell the story of an Allagash tasting I attended a few years ago at Rockefeller’s in Hermosa Beach. The guy that was pouring the event was actually a wine representative that had Allagash as an account but only really knew what he was told. However, as he was pouring the first beer he said, “I don’t know if it makes a difference of not, but the owner is a really nice guy.” At the time I had just started to really know Rich at Strand, Henry at Monkish and Rob at El Segundo and it made me think, “Yeah, it does seem to make a difference.” Ever since the beginning all of these guys have worked together to help each other succeed. I will never forget when I was covering a street fair up in Palos Verdes back in 2012. Strand, Monkish and Abigaile were pouring, but they had them all set at three different sessions. Rich Marcello told me that he did not know why they separated the beers into three different sessions as he would not have a problem pouring beers from their taps and he knew they would not have a problem pouring his beer.

To me, that is kind of what makes the South Bay craft beer scene unique, these guys all like and support each other; it might just be that South Bay love that makes these beers so tasty. Cheers!