For the past 12 years, at the end of March or beginning of April I have gone to Tempe to photograph an industry trade show. Last year I spent some time visiting Sun Up Brewing, Arizona Wilderness Brewing and The Perch Pub & Brewery. When I left LA I had full intentions of re-visiting Arizona Wilderness because I know a lot has happened in the past year; and I wanted to stop by The Perch because last year they had not begun brewing yet and I know they are now. But plans, like rules are frequently broken. By the time we arrived in Tempe the traffic in the area was so bad that I just did not have the willpower to head out to Gilbert or Chandler so I decided to visit breweries that I had not yet visited.

We started off at Four Peaks Brewing Company, a massive brewpub that opened in April of 1997. It is my understanding that they have three locations now; the brewpub in Tempe, another location in Tempe that brews for distribution only and a pub in Scottsdale. I would guess that their most well-known brew must be Kilt Lifter as it is found in almost every venue I visited in the area. The parking is pretty much non-existent but that did not keep them from being packed by 5:00 PM on a Wednesday; I suppose their proximity to ASU has something to do with that.

We split a flight which consisted of their Sunbru Kölsch, Kilt Lifter, Oatmeal Stout, 8th Street Pale Ale, Raj IPA, Hop Knot IPA, their Hefeweizen and Peach Ale; they gave me a taster of their Short Hop ISA which is their session IPA. Of the batch, Hop Knot was definitely my favorite. We also had a burger and fries which were okay, but the people sitting next to us had some very nice looking plates; since they were regulars I guess they knew the best meals to order.

Since the first event I had to photograph took place in Scottsdale we headed off in that direction. Before I left LA I had asked for some recommendations and was told to check out Papago Brewing, so we stopped there first. Apparently they are currently a contract brewer and only had one of their own beers on tap so we did not stick around. I was told that they are planning on expanding their brewing operations soon, so perhaps they will have more to offer next year when I return. Not to be deterred in my search for the source of local craft beer we headed over to Fate Brewing Company.

Fate Brewing Company, not to be confused with FATE Brewing Company in Boulder, has been open since 2012 and has become one of my favorite craft breweries in Arizona. Brewing with a seven barrel system they really turned out some solid beers. By now you know I do not rate individual beers on this site, but these guys almost caused me to change that policy.

Fate Brewing offered five of their own brews and a very nice guest tap list. We split a flight which was made up of their delicious Bamberg Hefeweizen, a very tasty Shift Pint Session, an almost tropical American Pale Ale, a Double Oatmeal IPA that is possibly the best beer brewed in Arizona and their American Stout. They serve food as well but did not try any as we had already eaten at Four Peaks. Since my visit to Fate Brewing I have spoken with a couple people that feel the same way about Fate as I do; I will definitely return. Fate Brewing Company is located at 7337 E. Shea Boulevard in Scottsdale. They are open Monday through Thursday from 3:00-10:00 PM; Friday and Saturday from 11:00 AM until 11:00 PM and Sunday from 11:00 AM until 10:00 PM. I highly recommend a visit there.

Thursday and Friday in Tempe were busy working days with occasional stops at World of Beer, but on Friday afternoon I was made aware of a new brewpub that was virtually across the street from our hotel, Blasted Barley Beer Company.

Blasted Barley opened at the end of 2014 but did not begin brewing beer until the beginning of 2015. Blasted Barley does not currently offer flights, but I was assured that they will begin serving them shortly. They currently offer four brews made in-house; a non-alcoholic ginger beer, their Strawberry Bottle Rocket, a Why P.A. and their Orange Bomb stout. The Why P.A. was my favorite, but it has a ways to go. As they are across the street from the hotel I stay at in Tempe I am sure I will be visiting them frequently in coming years.

What Blasted Barley lacks in their in-house brewed beers they make up for with their guest tap list and a really good food menu. When I say they have a good food menu, I mean really good food. Tanya declared it the best burger she has ever had; I am not sure I would quite that far but it was definitely a nice burger. Blasted Barley Beer Company is located at 404 S. Mill Avenue in Tempe by the Tempe Music Walk. They are open Monday through Friday from 11:00 AM until 2:00 AM and Saturday through Sunday from 10:00 AM until 2:00 AM.

I had an interesting conversation with Blasted Barley’s manager, Rob, and he said something that really describes how much craft beer has grown in that area. When we were talking about beer spots he made the observation that they were the only brewery on Mill Avenue. Think about it; he wasn’t suggesting they were the only brewery in Tempe, but they were the only ones on that street! I think it really says a lot. I know that there had to be at least a half dozen breweries/brewpubs in the area I have not visited yet and I heard of at least two or three new breweries that are scheduled to open in Scottsdale within the next month or two.

I have to give an honorable mention to a beer bar that we discovered on Wednesday evening, Boulders On Broadway. I did not get any photos because I was not expecting much; I will make up for that next year. Their tap selection included Night Cat by Two Brothers Brewing Company, Hooligan by Mike Hess Brewing, Desert Pale Ale by Cartel Brewery (Arizona), Hopsauce by Rubicon Brewing Co., Smuttlabs: Smoked Peach Short Weisse by Smuttynose Brewing Co., Samuel Adams 13th (Thirteenth) Hour Stout and many others. They are located at 530 W Broadway Road in Tempe and are open daily from 11:00 AM until 2:00 AM.

There is no doubt that the craft beer revolution/explosion is really leaving its mark on the Phoenix metropolitan area, so if you head there for spring training or any other reason, stop and check it out; there are some very interesting beers being brewed there. I look forward to my next visit. If you want my reviews on individual beers, please visit my Untappd page. Cheers! 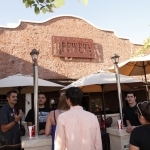 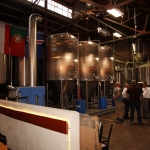 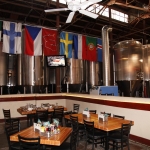 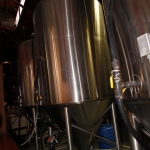 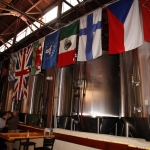 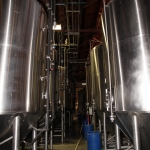 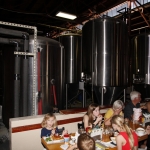 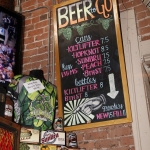 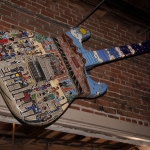 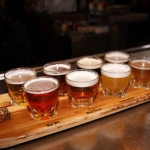 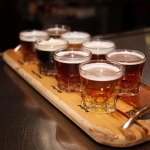 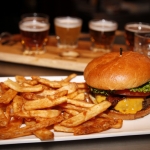 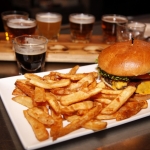 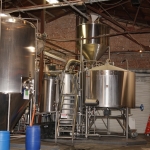 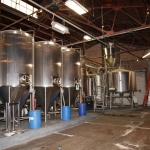 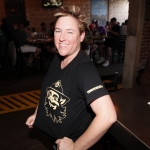 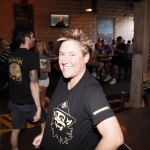 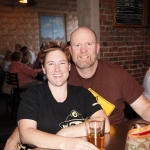 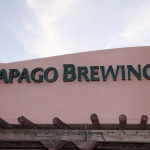 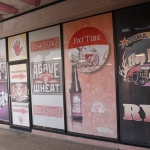