These photos were taken at the Smog City Beer Dinner which was held Wednesday evening at Jimmy’s Bar & Grill in Redondo Beach. I want to begin this by stating that over the past few years I have attended quite a few beer dinners but I am not sure that I have ever attended one that had such obvious thought put into the pairing of the food and beer as what we experienced last night at Jimmy’s. Marc Dix is the chef/partner at Jimmy’s and he is one of the owners of Barley Hops Grill, a popular food truck frequently seen at various tasting rooms. Regular readers have probably picked up on the fact that I don’t usually pay much attention to the food trucks I run across at various events, preferring to leave the food choices to Tanya. After experiencing our meal last night and speaking with attendees that assured me that Barley Hops Grill is one of the best food trucks in the area, I am sure I will give more input when Tanya asks what I want to eat.

I live around the corner from Jimmy’s and have been here for 30 years, so I have seen lots of businesses come and go from that location. A few years ago a sports bar, 20/20, opened there, but did not last long. We had checked them out as a possible location to have a Business & Beer gathering but were left unimpressed. It was not long before I noticed 20/20 was closed and a lot of remodeling was being done. A short time later, Jimmy’s Bar & Grill was opened. I suppose I was misled by the “bar & grill” portion of Jimmy’s name as I had a preconceived idea that burgers and fries would be the main fare but last night’s menu definitely cleared up any misconceptions I may have had.

The menu consisted of four courses and five Smog City beers. We started off with a pint of Hoptonic IPA in order to wake everyone’s taste buds up; it was a great start. Our first course was a Roasted Pork Carnitas on a bed of smoky collard greens. The pork was slightly spicy and sweet at the same time which was complemented quite well with a malty and hoppy Sabre-Toothed Squirrel.

Our second course consisted of Fried Calamari on a bed of lemon tahini slaw, paired with Smoochin’ Capuchin Session IPA. To be honest, calamari is not one of my favorite seafood dishes; in fact, prior to last night I had only had it one time that I even liked it a little. Jimmy’s does it quite well and the slaw was excellent when paired with the Smoochin’ Capuchin.

The third course consisted of harissa marinated and grilled lamb chops on a bed of sweet potato paired with Smog City’s collaboration with 21st Amendment Brewery, California Love Imperial Red. As Wednesday was the State of California’s 165th birthday, it was also the release date for this latest batch of California Love. If you have had Saber-Toothed Squirrel, just think of a bigger version and you will be close. It was another great pairing.

Dessert was an admitted “gimme” for Dix, but he did a great job pairing a cinnamon espresso brownie with vanilla bean ice cream with Smog’s award winning Coffee Porter. The brownie and ice cream were good on their own, but the cinnamon really complimented the Coffee Porter very well.

As you can tell be the description and photos that “bar & grill” may be a misnomer as the food more closely resembled a gastropub than a bar and grill. Jimmy’s Bar & Grill is located at 2701 190th Street in Redondo Beach and they are open seven days a week. Jimmy’s Beer Dinner Series is held on the second Wednesday of every month. Apparently last night’s event was the fifth or sixth time they have held this and many of last night’s attendees have attended prior events; this has resulted in new friendships being made, because that is what craft beer and good food does. Please consult Jimmy’s Bar & Grill Facebook page for information on upcoming events. Cheers! 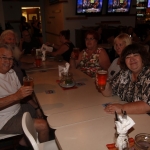 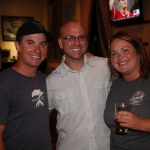 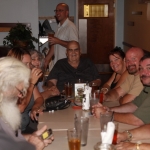 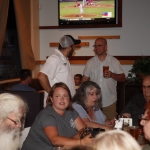 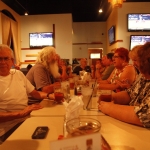 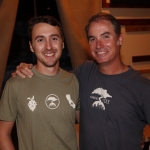 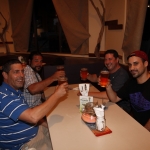 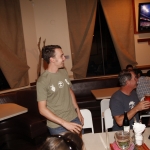 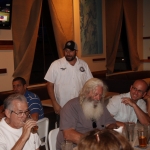 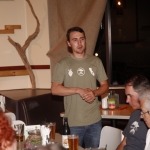 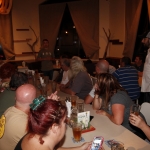 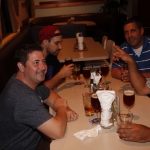 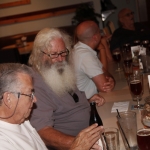 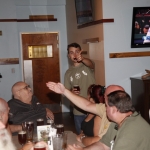 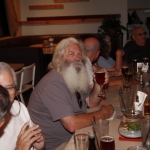 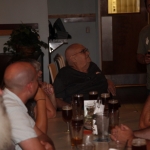 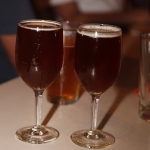 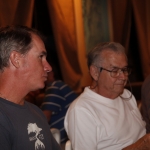 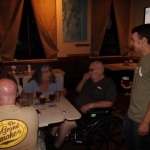 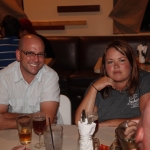