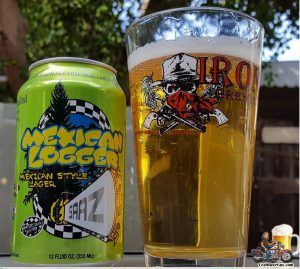 Mexican Logger was Ska’s first session beer when the recipe debuted in 1999. It became Colorado’s first craft lager in a can in 2011, and then won back-to-back Great American Beer Festival® awards in the International Style Pilsner category in 2015 and 2016.

Ska Mexican Logger is crisp, clean, and refreshing — made for hot afternoons with a side of lime. The beer is a crushable 5 percent ABV, and brewed with a lager yeast strain from Mexico City. That same yeast strain now ferments Ska’s Rue B. Soho Grapefruit Lager as well.

For more information about Ska Brewing or its beloved Mexican Logger, contact Emily Hutto at coop@radcraftbeer.com.

Based in Durango, Colorado, Ska Brewing was founded in 1995 and produces more than a dozen award- winning beers fueled with Ska music, and lots of it. Pioneers in the canned craft beer movement, Ska Brewing is known for an array of styles in 12 oz cans that include Mexican Logger, Modus Hoperandi, and Rue B. Soho. For information (a lot of it), more music, and a good time, visit www.skabrewing.com.