I had been given a last minute invitation to Brew & Chew, so I did not really have any idea of what to expect; but it was a very nice event. The breweries came from the Chino Valley area, which encompassed parts of San Bernardino County, Riverside County and Orange County. It was a nice mix of breweries I have not visited since before I started CraftBeerGuy.com, breweries I have been meaning to get to, a few I never heard of, and one or two that have not even opened yet.

It was a fairly toasty day in Chino, but the venue at the fairgrounds was set up nicely with a large tent in the center of the grounds that was positioned to enhance the pleasant breeze that existed most of the day. Those on the outside of the tented area took advantage of the copious shade that the surrounding trees provided.

The event was very well attended, with several hundred people being there at the high-point, but there were no lines that were longer than a few minutes. The event was well done; with the only issue I noticed being the lack of water. I guess some of the food trucks sold water, but they seemed to take advantage of the fact that they were the only ones with water. Designated drivers did receive one very small bottle of water included in their price of admission.

All in all, it was a nice event. On the way home, my buddy said he had a great time and is looking forward to next year’s event; I guess that means I may be back for the 2020 Chino Brew & Chew. Cheers!

Back to Photos from Chino Brew & Chew 2019
[Show as slideshow] 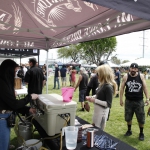 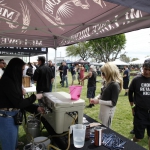 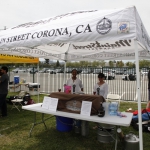 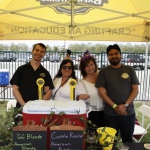 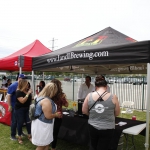 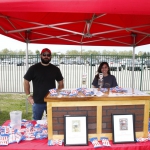 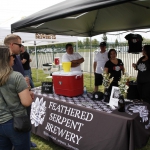 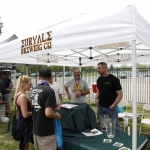 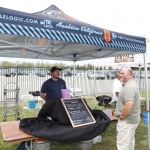 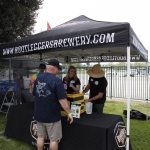 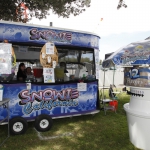 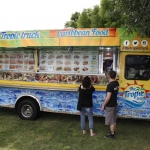 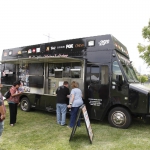 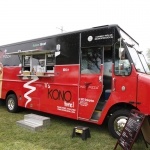 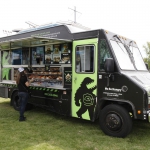 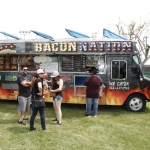 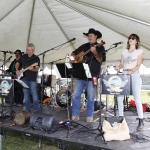 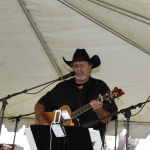 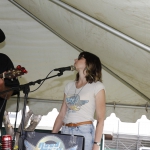 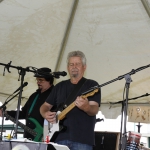