These photos were taken Thursday afternoon at Humphry Slocombe in Venice, and Firestone Walker’s The Propagator in Marina del Rel. Humphry Slocombe is an ice cream shop that opened in Venice this past August; it is the fourth in a chain of ice cream shops that has two locations in San Francisco where it was founded, and one in Oakland. The Propagator, if you were unaware, is Firestone Walker’s Los Angeles area brewpub; but you probably already knew that.

I frequently mention that I am not a foodie, I said that in my last article, so why am I visiting and writing about an ice cream shop? Well, as I mentioned above, Humphry Slocombe was founded in San Francisco, and it is currently SF Beer Week (it runs from February 1 – 10). In honor of the event, Humphry Slocombe joined forces with a few of its favorite Bay Area breweries to launch a series of one-time-only, beer-infused ice creams. As I was invited to try out some of these creations, I accepted the invitation and brought my friend Jaymes, of King Harbor Brewing and formerly AJ’s BBQ. Jaymes is a foodie the way I am a beer guy; maybe more. He plans vacations around the food he will find there, so I figured he would enjoy this adventure; I was right.

I find it amazing that I have been using the word adventure a lot today when discussing Humphry Slocombe, but I doubt anyone that has tried their ice creams would argue with the description.

We arrived shortly after they opened and were greeted by Kinsale who would be our guide through the most adventurous ice cream either of us had ever had. As they just opened in August, and they apparently change their menu of a monthly basis, I got the feeling that parts of the journey were just as exciting for her.

We started off with the reason we made the 30 minute drive, a tasting of the limited-run beer flavors. They had five options available, which are available at the Venice location through February 10. The flavors included were:

As it was readily apparent that we were enjoying the samples, Kinsale decided to bring out some flavors I never would have considered for ice cream. For example they had an ice cream infused with mushroom caps that will blow your mind. If you were not told that there were mushrooms in it, you would have never guessed. This is one way to get your kids to eat their vegetables; the mushrooms tasted like caramel. Care to get a little more adventurous? How about ice cream infused with foie gras? Yes, it has real foie gras in it. As I am not really sure what foie gras is supposed to taste like, I will rely on Jaymes’ opinion; he said it was perfect. All I know is I have never had ice cream that tasted like meat before today.

Humphry Slocombe is located at 1653B Abbot Kinney Boulevard in Venice. They are open seven days a week and offer scoops, housemade waffle cones, and packed pints to go.

As The Propagator was less than a mile away, and I had to drive by there to get home, and Jaymes had never visited before, I was pretty much obligated to stop by. I have to admit, I always have little pangs of jealousy when I am with someone that is experiencing place like The Propagator for the first time. Jaymes created a lovely flight and we shared a plate of tater tots. I have a feeling Jaymes will be bringing his wife by before too long. After a little nourishment we went across the parking lot to visit the Firestone Walker store to get some beers to bring home. The big news there is that they plan on having tap offerings on that side of the parking lot in the very near future.

The Propagator is located at 3205 Washington Boulevard in Marina Del Rey. They are open seven days a week and offer growlers, crowlers, bottles and cans to go. Cheers! 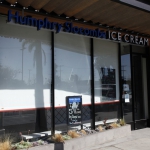 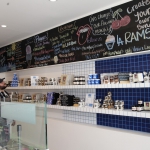 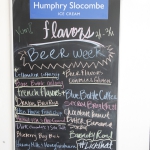 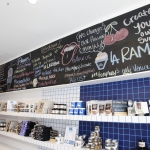 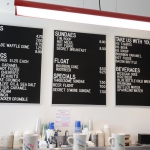 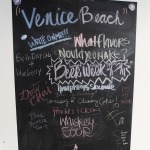 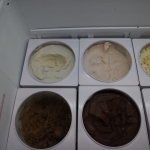 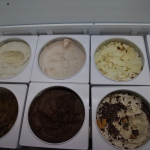 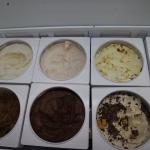 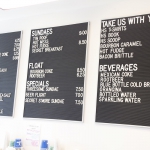 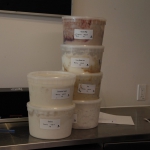 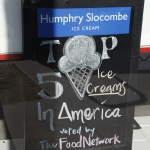 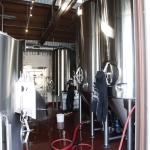 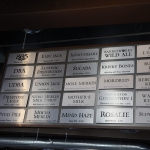 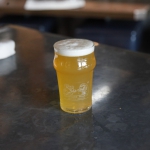 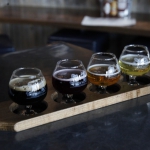 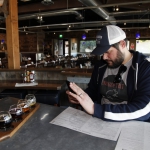 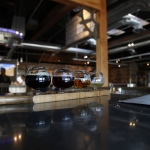 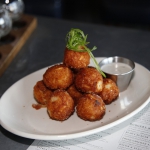 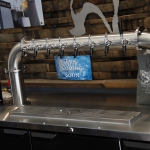