When I agreed to go up to Santa Rosa for Drew at Decoding the Craft, I really did not know or realize just how many events were going on at the same time as the Pliny the Younger release at Russian River Brewing. There was the Double IPA Festival and the San Francisco Beer Week 2014 (SF Beer Week 2014) started on Friday, the day of the Pliny release. I would have liked to go into The City to check out some events, but it was always raining and it would not be fair to the dogs to deal with city life in the rain. It was decided that we would do our own SF Beer Week 2014 tour; we just stayed on the other side of the bridge.

Since we wanted to start off with a destination that included food, we started off at Marin Brewing Company, a brewpub in Larkspur. I will admit, I was a little apprehensive at first because my limited experience with them wasn’t very positive; but when Tanya read the menu from their website we decided to head over there. I do not know if it is because it was raining or the weekend or it is just always like that, but parking was pretty difficult. I saw a sign for free valet, but with the dogs I did not think it would go over well. They are located in what I would describe as a boutique shopping center; as it was raining, I did not exactly look around, so just my first wet impressions.

The place itself is huge and looks pretty upscale. We got a flight to share and I was immediately glad we made this stop; their flights offered a wide selection from their Broken Cherry sour ale and E.S. Chi spiced beer to their San Quentin’s Breakout Stout and Brass Knuckle Double IPA. They all ranked from good to amazing; the food was not bad either. We should have ordered more chili.

When I was at Russian River Brewing Thursday night some friends told me that they had stopped by Faction Brewing and that the view alone would make the stop worthwhile for me. I had never tried any of their brews but I had heard good things about them, so we headed to Alameda and the Faction Brewing tasting room. It can be a little difficult to locate, but as one patron mentioned, “It’s an island, you will eventually find it.” They have only had the tasting room open for a month or so, and it is huge. Their six beers currently available are all solid with the 2 Hop Collab being my personal favorite. As I recall it was a beer they created for SF Beer Week 2014. I suspect we will be seeing a lot more from them in the future.

We headed south to Los Gatos Brewing Company, a brewpub located in downtown Los Gatos. Established in 1991, they are kind of hidden out of the way, but when you get inside you find a very large facility. Even though they are a brewpub it seemed wine was more their thing, to be honest. We were not ready for food yet so just shared a flight. The beers were decent with Cougar Town IPA and Wicked Pissah Imperial Porter being the standouts for sure.

Our next stop was Santa Cruz Mountain Brewing, a microbrewery in Santa Cruz. This was a cool little spot, but it definitely had a locals only vibe coming from patrons, the beertender was friendly and very busy. It was dog friendly, so if that is important to you, fell free to bring Rover. There must have been 10 dogs there when we were there. As far as the beer is concerned, they are all about being organic. The flights consisted of two ounce pours, and since we were sharing there really wasn’t enough to give an honest impression. They have 11 different varieties so I am sure they will have something you will like.

We decided to spend the night in Santa Cruz, so we found a motel within walking distance of our final destination, Seabright Brewery, a brewpub close to where the San Lorenzo River meets the Pacific Ocean. While I may have been personally unfamiliar with Seabright, they have won 13 medals at GABF since 1991. They have several nice beers with the Sacrilicious Ale being my personal favorite. The food was okay but the service leaved a little to be desired. I guess coming in an hour before the kitchen closed was not appreciated. I would not let that discourage you from trying them out yourself if you are in the area; the beer itself was good and the owner/brewer was friendly. Cheers! 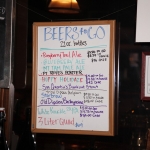 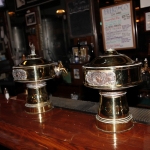 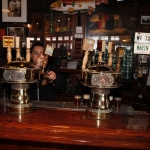 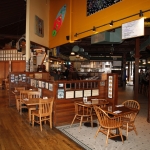 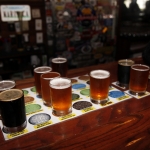 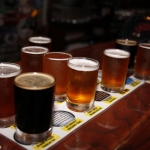 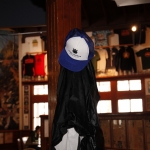 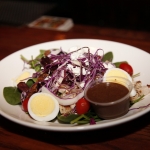 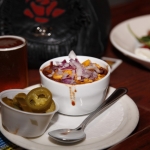 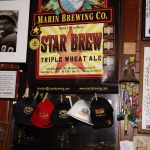 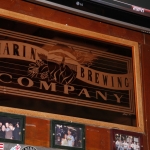 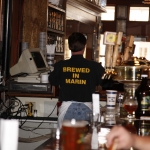 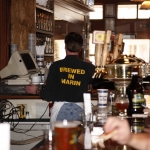 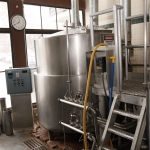 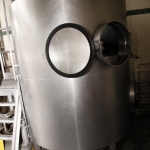 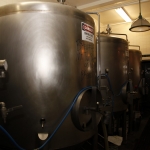 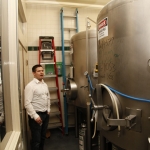 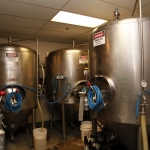 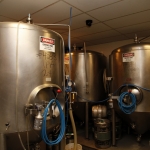 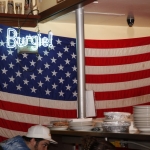