Sunday we arose to another drizzly morning and a desire to get home by day’s end. Since it was a Sunday the availability of brewpubs in the immediate area was limited and we did not feel like waiting around for them to open so we headed south. There were a lot of breweries to choose from in the area and we decided to check out BarrelHouse Brewing Company, a microbrewery in Paso Robles. I have to say, of the 19 breweries and brewpubs we visited over the course of five days, BarrelHouse was the nicest aesthetically; and they had some wonderful brews.

BarrelHouse Brewing is getting ready to celebrate their first year of business, but the quality of their brews certainly seems to indicate that they have had lots of practice. We ordered a flight of all eight beers, ranging from their BarrelHouse Templeton Session Style Ale Kölsch to their BarrelHouse Harvest Ale Spiced Brown Porter. I have to say, all of their beers were well done with their unfiltered IPA being my personal favorite. Tanya liked them all so much that she purchased bottles of everything they had available. When I looked at the information about their upcoming one year celebration I am tempted to head back up there. We had a very nice time there.

After loading the beers in the trunk and the dogs in the car we headed off to Dunbar Brewing, a microbrewery in Santa Margarita. One of my cousins has a nephew that works there and I was looking forward to trying out their brews. As it turns out, Dunbar Brewing recently went through some renovation and they had none of their brews available. Luckily, they had a pretty nice guest tap list in the interim so I got a Matt’s Burning Rosids, an Imperial Saison created by Stone Brewing Company in honor of Matt Courtright, an employee that recently died due to an accident at the brewery. It was quite tasty, I am sure Matt would have enjoyed it. Everyone at Dunbar seemed quite friendly, but this trip was about sampling beers brewed at the brewery itself, so we will have to return later.

Based on the suggestion of our beertender at Dunbar Brewing, we found ourselves at Central Coast Brewing, a microbrewery in San Luis Obispo. Central Coast has about 12 beers currently on tap, and even more in bottles and cans. We created a small flight to share made up of their Original Chai Ale, an American Blonde Ale; as well as a pale ale and IPA. Their 15th Anniversary Smoked Beer was definitely my favorite, but I cannot say there was one I did not like. As they had far more beers than I could sit and enjoy, we picked up a stash to bring home and try later. The beertender, Skyler, helped make it a very enjoyable visit.

As the day was rapidly drawing to a close and we still had some distance to cover we set our sights on Buellton and the Firestone Walker taproom. When it comes to Firestone Walker I am not sure what I can say that has not already been said thousands of times over. Their tasting room had about 11 beers on tap to offer. Because it was the end of the day I stuck to the low ABV varieties of their award winning beer to pair with our dinner of a burger and fries.

Connected to Firestone Walker, but legally considered a separate entity is Barrelworks, the Firestone Walker tasting room for their barrel aged and sour brews. Unfortunately, or possibly it is a good thing, they were getting ready to close so we grabbed a few bottles to bring home and enjoyed a taster of Velvet Merkin while Bob prepared to close up. It was a great ending to a wonderful road trip, or beercation as many people described it, but I would definitely like to spend more time there. I suspect another road trip will be coming along shortly.

I would like to thank everyone we met along the way; we had a fantastic time and I look forward to seeing 99.9% of you again over a beer somewhere. Cheers!

Back to Breweries of the California Central Coast
[Show as slideshow] 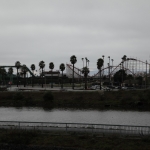 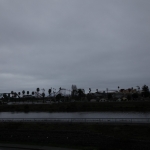 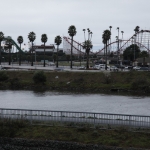 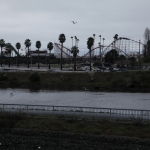 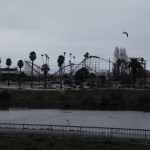 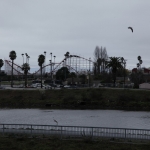 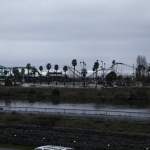 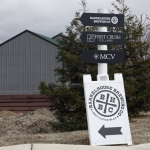 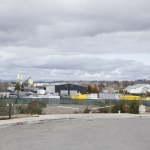 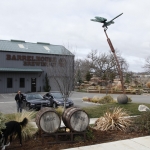 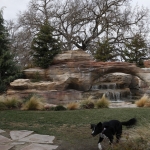 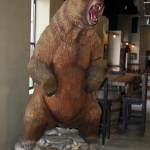