San Fernando Brewing Company is definitely a family operation with brothers Vic (the brewer) and Joe Chouchanian heading up things but you could tell that there were lots of family members involved, including mom. The tasting room was quite welcoming, not only in its clean appearance and setup, but they are one of the only brewery tasting rooms I can remember visiting that actually has air conditioning. Considering it was well over 100 yesterday, and even hotter the day before when one of the A/C units failed and had to be replaced.

San Fernando Brewing has had a soft open for the past six weeks, but used their grand opening to release the latest of their five brews, Sonora Wheat, which was definitely a crowd favorite while I was there and was probably my favorite as well. Sonora wheat was used in this beer because it used to be one of the natural crops in the San Fernando Valley. The other four included their Wolfskill IPA, O’Melveny Red Ale, Royal Road Pale Ale and Stoney Point Stout. One advantage San Fernando Brewing has that is rather unusual is that the city of San Fernando gets their water from a well; this water really brings out the flavor in the Stoney Point Stout.

I spoke with the Chouchanian brothers about the challenges of opening a craft brewery in a predominantly Hispanic/Latino neighborhood. The response was that they did not really see it as a challenge, but rather an opportunity to educate the community about craft beer. It begins with simple things like having glasses chilled to 38 degrees (same as the beer), so they can show the difference it makes and explaining how a chilled glass might be hiding some flavor. Judging by the turnout, San Fernando Brewing is doing something right as they had a very respectable size group there to help them celebrate the grand opening. One thing that both Chouchanian brothers were adamant about was how appreciative they were of the cooperation they got from all levels of the city government.

San Fernando Brewing Company is located at 425 Park Avenue in San Fernando. They are currently open noon until 10:00 PM Thursday through Saturday and noon until 7:00 PM on Sundays. They have growlers available for to-go purchases.

After leaving San Fernando Brewing Company we made the two mile drive over to Pac City Brewery in Pacoima. I had not been to Pac City in about a year, primarily because of their location, but I do follow their progress on Facebook. I had made arrangements with owner Robert Cortez to stop by and see what is happening.

While Pac City has gone out of their way to try and be involved in local fundraisers, the love just has not followed. On top of that, there have been issues with local residents that have attempted to extort money from Pac City and have even tried breaking in. This has resulted in very limited hours for the tasting room, but even with limited hours, one of the biggest challenges is keeping beer in stock.

They are currently open only on Fridays and Saturdays but “make the rent” in one night. The beer styles are not what you will likely find at a brewery creating “West Coast styles” because their typical demographic is more accustomed to Coors Light. I sampled a Blood Orange ale that was a good example of a brew that was created for the neighborhood. Apparently the Latino community prefers a perfume nose as opposed to what might come from a beer with an intense hop profile, so a blood orange extract is included in the brew.

Pac City Brewery has a new brewer now so it will be interesting to see what changes, if any, are made. Pac City Brewery is located at 12780 Pierce Street in Pacoima. The hours are 5:00-10:00 PM on Friday and 4:00-11:00 PM on Saturdays. They just got their first pallet of growlers in, so they will have them available for purchase shortly.

In my world, for a location to be a craft beer destination there has to be a minimum of three craft beer tasting rooms in the area; the third on this particular craft beer tour is MacLeod Ale Brewing Company in Van Nuys. While I knew MacLeod’s was not going to be open, I had hoped that perhaps someone would be there brewing or something; it was not to be.

If there is one thing you can say about the San Fernando Valley craft beer scene, it is that it is quite diverse. While San Fernando Brewing and Pac City Brewery are creating beers that will satisfy the palate of the ethnic neighborhoods they reside in, MacLeod Ales is doing something completely different with each of their brews being cask-conditioned and serving them at the traditional cellar temperature of 54°; so more English than Latino. MacLeod Ale Brewing Company is open Monday through Friday from 5:00-10:00 PM, Saturday noon until 10:00 PM and Sunday noon until 5:00 PM. They have growlers and are bottling, but since they were closed when I got there I am not sure if you can purchase bottles at the tasting room or not. MacLeod Ale Brewing Company is located at 14741 Calvert Street in Van Nuys.

I am including a map at the end of this article so you can visit all three breweries in one day, without bouncing back and forth around town. Cheers! 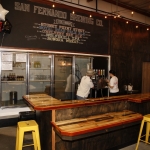 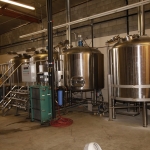 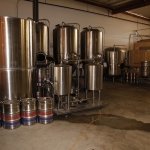 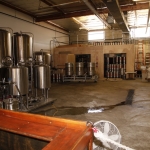 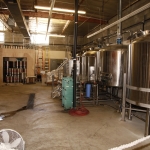 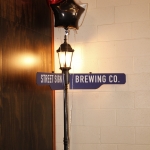 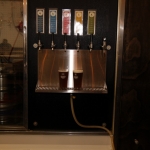 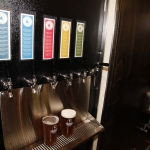 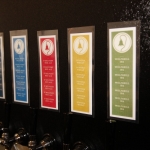 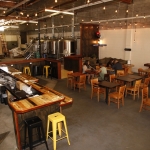 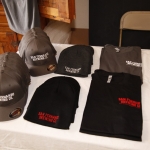 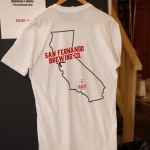 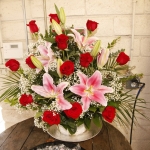 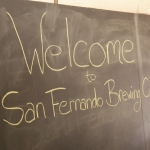 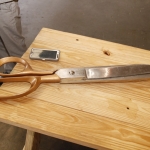 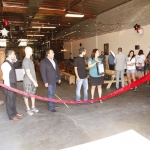 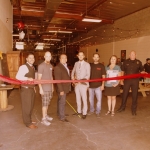