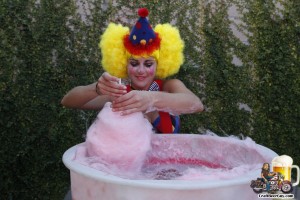 Fun for the entire family

On Sunday September 14, Rock & Brews in El Segundo will hold their Rock & Brews 4th Annual Local Craft Beer Fest from noon until 5:00 PM. This is a truly family friendly event with 15 local breweries pouring beer for the adults; and plenty of carnival games, popcorn, ice cream, sodas and Rock & Brews food for the kids and designated drivers. I attended this event last year and saw nothing but smiling faces; from the beer drinkers to the kids, even the dogs seemed to be grinning from ear to ear. 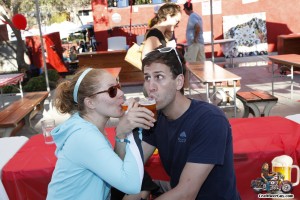 Enjoy craft beer with the one you love

While you may be familiar with many of these breweries, you never know what they may bring with them. Last year, El Segundo Brewing Company used the event to introduce their Casa Azul Pale Lager, so I look forward to seeing what might show up at the 4th Annual Local Craft Beer Fest. Two of the breweries, Absolution Brewing Company and King Harbor Brewing Company, were still in the planning stages last year at this time; so if you have not had an opportunity to try their brews yet this will be a great opportunity. This year’s event will include a brewer panel where representatives from a few of the local breweries will discuss the local craft beer scene, the origins of their brand and field questions from the audience.

Rock & Brews is located at 145 Main Street in El Segundo; I hope to see you there. Cheers!