A visit to REV Brewing and Alosta Brewing Company – Covina

On Saturday I had a couple of events to photograph out in Irwindale so I decided to use the opportunity to visit two new craft breweries in neighboring Covina; REV Brewing Company and Alosta Brewing Company.

Our first stop was REV Brewing Company, a production brewery that opened the doors to their tasting room a week ago. REV Brewing is a craft brewery that grew from their original REV Winery, so this tasting room offers beer and wine and provides lots of wine barrels that will be used later in the brewery’s upcoming barrel program.

REV’s Brew Master is Erick “Riggz” Villar, a home brewer for 10 years and most recently was the head brewer at Ohana Brewing Company. Since Riggz is an old friend of wine maker and owner Eddie Romero it did not take much for Riggz to come on board with REV Brewing.

REV Brewing had nine beers on tap when we were there, with styles ranging from their El Heffecito, which is like a hefeweizen/wheat ale, to their Chocomil Choc-Porter. They also offer a couple pale ales, a saison and stout. Riggz is doing some interesting things with his use of Munich Malts and various spices. Probably the most memorable brew is the AK Manganero which combines mango and Habanero; it was quite tasty.

REV Brewing Company is located at 1580 W. San Bernardino Road in Covina and is open Tuesday through Sunday from noon until about 7:00 PM, depending on how many people are in the tasting room. If you visit on the weekend or after 6:00 PM on weekdays, there is a gate at the front of the industrial complex. REV Brewing has added a sign with a telephone number to call, at which point they will open the gate for you. Whenever you decide to visit them be sure to mention that you heard about them on Craft Beer Guy; your first pint could be free or discounted between 50-80% depending how long it takes you to get there.

A mere three miles away is Alosta Brewing Company. Alosta Brewing has been open a little more than a year and have a very nice tasting room. During our visit they had 10 different brews available including their Pepo, a fruit beer that is loaded with watermelon; and their Annum 2014, a wheat wine aged with vanilla beans in brandy barrels for nine months and is dangerously good with a fairly well-hidden 10.3 ABV. They also have a blonde, a couple pale ales and saisons, a tripel, an ESB and an American Porter. Their Batch 1 Redux American Pale Ale was my favorite while Tanya really enjoyed the Annum 2014.

Alosta Brewing has a few things going on including an oil painting night that gives you an opportunity to get artistic while drinking craft beer. Memberships to the 2015 Growler Club are currently available until December 21 and includes a nice ceramic growler that sells for $90, so this is a pretty good deal for those that live or work in the area.

Alosta Brewing Company is located at 692 Arrow Grand Circle in Covina and has typical tasting room hours, Thursday through Sunday. I think you will enjoy yourself if you stop at either or both of these craft breweries. Cheers!

Back to REV Brewing and Alosta Brewing Photos
[Show as slideshow] 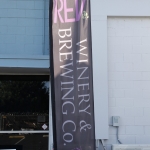 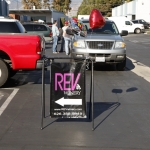 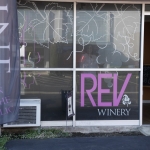 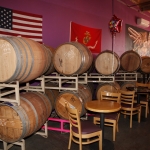 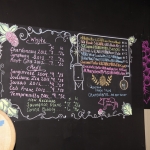 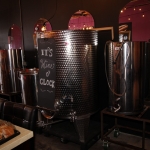 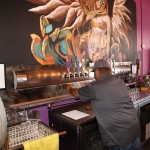 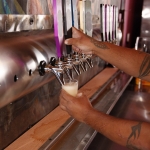 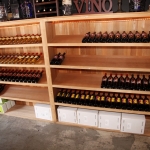 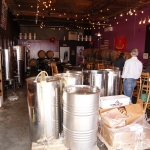 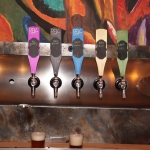 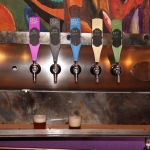 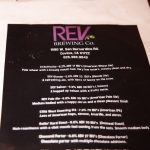 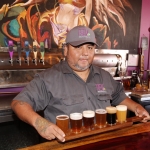 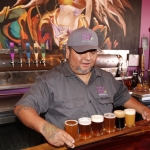 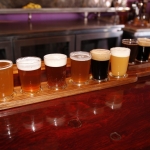 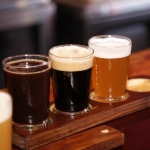 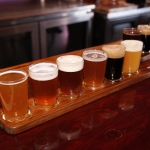 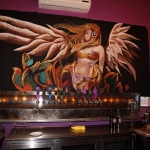 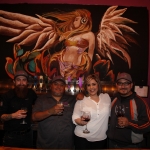 1 2 3 ►
Back to REV Brewing and Alosta Brewing Photos