These photos were taken Saturday afternoon at Yorkshire Square Brewery in Torrance, where the South Bay’s only brewery specializing in cask-conditioned ales celebrated their second anniversary. The day-long, free to attend event featured an LA Galaxy vs. NY Red Bulls watch party, followed by another match after that ended, a bottle release, a free drawing that coincided with the Kentucky Derby, two food trucks, an artist selling his wares, and lots of Yorkshire Square ales.

Saturday had lots of competing events, such as the BeachLife Festival and the Southern California Homebrewers Festival, which probably accounted for why Yorkshire Square did not opt for another parking lot event, which means extra permit fees. Nonetheless, it was a nicely attended event and everyone seemed to have a good time.

Yorkshire had about 15 of their ales on cask, including their anniversary beer, Burton Pilgrimage, an Export Pale Ale that was done in collaboration with El Segundo Brewing Company. They also had a couple beer cocktails for those that are into that sort of thing.

Food was made available by Vegan Hooligans and Market Burgers. Limitless Mediums Gallery, a local artist, was there displaying and selling his artwork.

While there I was able to talk to Yorkshire Square founder Gary Croft about the progress of their kitchen; remember, Yorkshire Square initially was going to be a brewpub. Well, it appears that the kitchen should be opening very soon; as in they will likely be cooking within a couple weeks. The beginning days will be devoted to learning the intricacies of the new equipment, but they will be serving food shortly. Look for a seasonal, locally sourced menu of traditional British foods, including fish and chips done right.

Yorkshire Square Brewery is located at 1109 Van Ness in Torrance and are open Wednesday through Sunday until 11:00 PM. They are dog and family friendly, usually have food trucks (for the time being), and have limited growlers and bottles to go. Cheers! 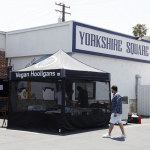 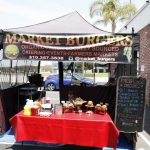 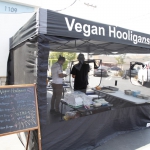 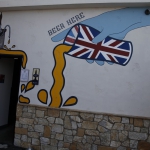 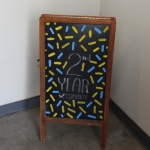 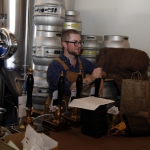 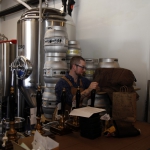 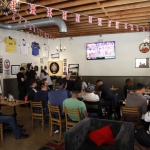 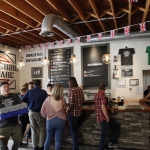 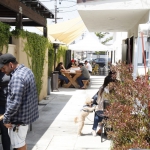 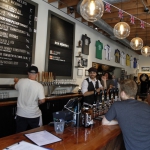 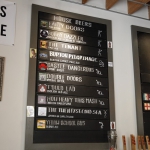 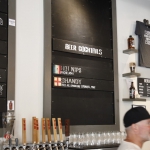 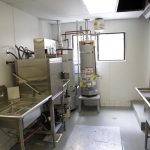 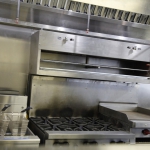 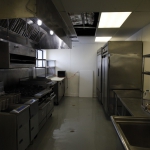 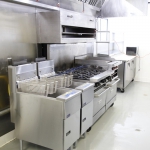 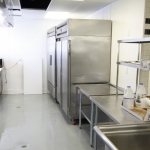 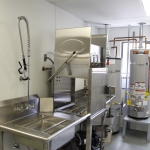 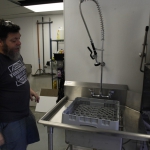