The event was to announce the launch of Brooklyn Brewery’s distribution in California, and as Garrett Oliver put it, they go where their beer goes. Apparently this was one of the few times that Hindy and Garrett has shared the stage together but, to this observer, the discussion ran so smoothly you might have thought it was entirely scripted; it was not.

The event started off with Beelman’s closing their doors to the public and clearing their taps of everything except three featured Brooklyn Brewery brews; this included their Brooklyn Lager, Bel Air Sour, and their Sorachi Ace Saison. After a short meet and greet, Hindy and Oliver told us the story of Brooklyn Brewery as well as how they met. It was a very interesting and entertaining story.

In a nutshell, Steve Hindy was a war correspondent for the Associated Press in the Middle East back in the late 1970’s and early 1980’s. The Middle East was not a very safe place back then (think Iran Hostage Crisis, Beirut) and alcohol was forbidden. Because of this, some foreign diplomats stationed in Saudi Arabia would homebrew in their basements. One sent a recipe to Steve and he developed a taste for home brewing.

After a few years of being kidnapped, bombed, and other hair-raising episodes, Steve’s wife decided they had had enough, and they returned to Brooklyn, which at the time seemed to resemble Beirut a little. The beer was pretty much all big beer lagers, and Steve decided to do something about it.

Garrett Oliver got into homebrewing after spending a few years in Europe, drinking Belgian and German brews. After returning home in 1983, Oliver started brewing beer not to sale, but to drink. He just was not satisfied with what “big beer” was providing at the time. Hindy spotted Oliver from across the room at an event Hindy was speaking at in 1993; apparently it was Oliver’s “cape” that caught Hindy’s attention. They ended up spending the evening drinking and arguing and a friendship was born.

I don’t know that I know of any brewery that has had the same Brewmaster for more than 20 years, so I think it is safe to say that they have a special relationship.

Some interesting tidbits about Oliver and Brooklyn Brewery include the fact that they not only had the first craft beer collaboration, they had the first seven or eight collaborations. Oliver was also brewing session IPAs before anyone else did. Unfortunately, as the session IPA had the same price as their standard IPA and their DIPA, customers were young and had not learned that a lower ABV beer might be easier on your liver than a higher ABV brew. 20 years later, Brooklyn Brewery is brewing a session IPA along with everyone else.

I chatted with Hindy a little and asked him why it took so long to get Brooklyn Brewery to California when their distribution already includes Europe and Asia; apparently it is actually cheaper to deliver beer by boat to Europe than it is to put it in trucks and drive it to California; as in significantly cheaper. This put them in a quandary; do they raise the price to us in California, or do they eat the cost? I guess right now they are eating the cost, but they are going to be working with 21st Amendment Brewery to contract brew some of Brooklyn’s brews, thus cutting back on distribution costs.

If you would like a more in-depth and entertaining rendition of their story, I recommend watching this short YouTube video, narrated by Garrett Oliver. By the way, it was not a cape Oliver was wearing; it was a French lieutenant’s greatcoat from the late 1800s.

Brooklyn Brewery beers are now available in California on draft as well as bottles and cans. You can use their Beer Finder to find a location near you. 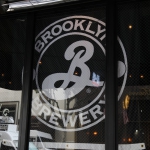 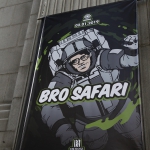 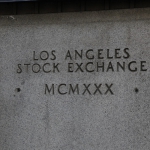 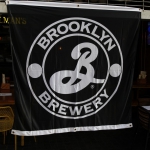 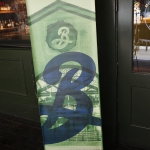 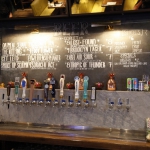 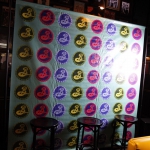 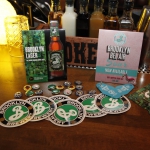 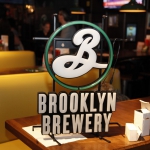 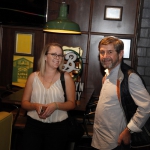 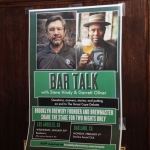 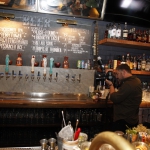 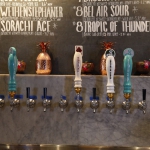 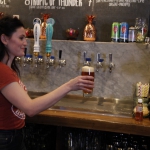 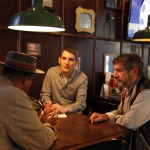 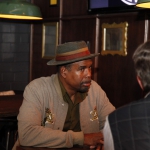 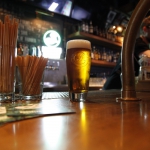 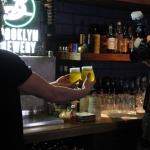 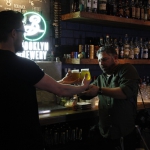 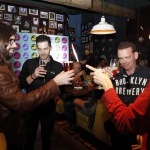