On Saturday afternoon I decided to stop by Phantom Carriage to see how much has changed since my last visit in the middle of December for their industry/media soft-open. I have been watching the numerous updates Phantom has made on their Facebook page and it was obvious that progress was being made and I want to be sure you are kept in the loop.

The first thing that should be mentioned is that Phantom Carriage is now officially open. When asked when the grand opening would be held, I was informed that the grand opening is “now until early March.” Their hours are currently Thursday and Friday from 11:30 – 10:00 PM, Saturday from noon until 10:00 PM and Sundays are noon until 8:00 PM. The plan is be open six days a week and that should happen within the next few weeks.

The beer tap list has definitely changed since my first visit when they were offering five of their brews and three guest taps that seemed to be thanking local breweries Smog City, El Segundo Brewing and Monkish Brewing for helping them get their start in the days before Phantom Carriage found a location to call their own. When we stopped by yesterday they were offering four of their beers but their guest tap list had increased to eight and definitely reflected the type of establishment it is. Included were selections from Almanac, Firestone Walker, Cismontane and a collaboration between Ommegang and Boulevard among others. The selections complimented the saisons and sours brewed and blended by Phantom Carriage. For those that want something entirely different, there is a wide selection of bottled beers available with everything from a $6.00 Go To IPA to a $42.00 Eclipse. All bottles must be consumed on the premises.

Although I can’t be positive, it appears that the food menu has been modified slightly with more selections. Their prices are fair and everything we have tried there has been very good; I am partial to the brisket, it was delicious. If you are not a vegetarian you should try it.

Phantom Carriage is located at 18525 S. Main Street in Carson. There is street parking and there is a parking lot in the back of the building. The entrance is on the side along the driveway, they have plenty of signage so it is tough to miss; the front entrance is for another business. If you like sours, wild ales, saisons and beers of these styles you owe it to yourself to stop by. Cheers!

Back to Phantom Carriage Photos
[Show as slideshow] 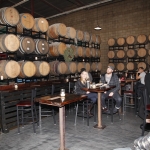 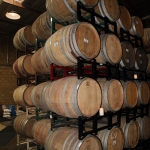 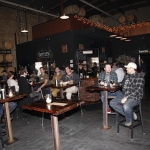 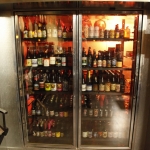 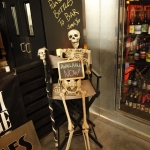 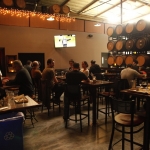 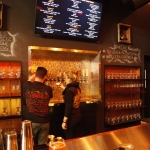 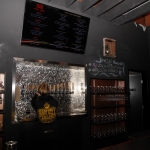 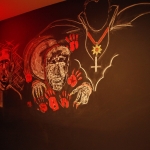 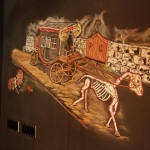 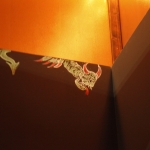 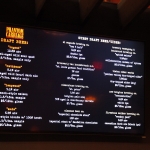 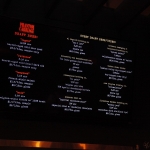 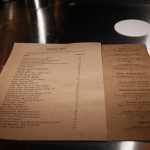 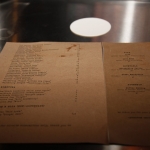 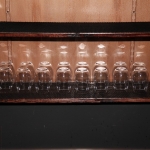 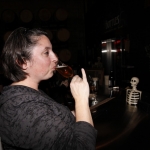 Back to Phantom Carriage Photos