Sunday was day two of the 6th Annual LA Beer Week and I decided to start the day off by visiting a couple of the Torrance tasting rooms since they were not around last year. The afternoon began at Torrance’s oldest production brewery, Strand Brewing Company. It was not particularly crowded, but they did have a nice group in there; due in part to LA Craft Beer Tours bringing a group in. I had the opportunity to visit with a few people and wish Nikki good luck as she will be leaving us soon to take on a new job with Drake’s Brewing. Congratulations, Nikki. Strand Brewing Company is located at 23520 Telo Avenue in Torrance.

I then headed over to The Dudes’ Brewing Company to see what has been going on there since their grand opening last week. The first thing I noticed was that they now have ample seating for everyone; to celebrate LA Beer Week The Dudes’ held raffles for beer, shirts, hats and other swag over the weekend. In addition to eight or nine beers on tap they also offered one on nitro and one on cask. It looks like The Dudes’ have gotten the hang of the tasting room and they should be quite successful as time goes on. The Dudes’ Brewing Company is located at 1840 W. 208th Street in Torrance.

For my final production brewery stop, I paid a visit to Absolution Brewing Company. It has been a few weeks since I was there and again, one of the first things I noticed was that they rearranged their pews to make it easier for people to sit together and talk while enjoying a guilt free Absolution brew. Judging by all the new kegs that were waiting to be filled it would be safe to presume that their distribution to bars and restaurants must be doing pretty well. Absolution Brewing Company is located at 2878 Columbia Street in Torrance.

I then headed out to Long Beach to visit Beachwood BBQ & Brewing where they were holding their LA Beer Week flagship event, Caskforce. In addition to the amazing beers that can always be found at Beachwood, for Caskforce they offered five unique cask brews: Udder Love Milk Stout with Coconut, Cacao, and Vanilla Bean added (unfortunately they were out by the time I got there); Full Malted Jacket Scotch Ale with Scotch Oak; Amalgamator IPA Cask and two variations of the Beachwood / Drakes Collaboration, Vulcanizer IPA. One was done with tangelo zest and the other with Citra flowers; the tangelo really came through and was great. Beachwood BBQ & Brewing is located at 210 E 3rd Street in Long Beach.

LA Beer Week (LABW6) officially runs from September 20 through September 28. There are events happening all over the Los Angeles area; you can find the most up to date schedule of events on the LA Beer Week website. Cheers!

Back to photos from Strand Brewing, The Dudes’ Brewing, Absolution Brewing and Caskforce at Beachwood BBQ & Brewing
[Show as slideshow] 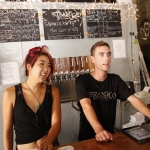 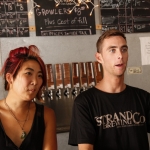 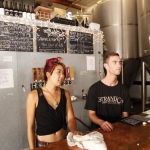 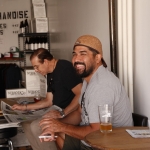 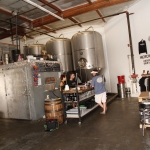 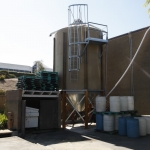 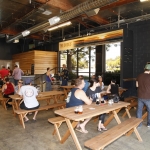 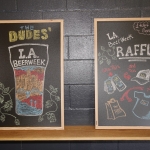 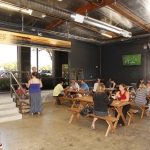 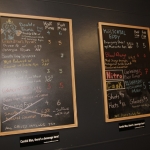 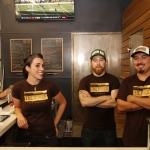 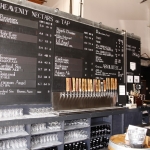 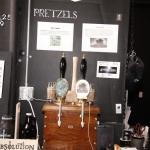 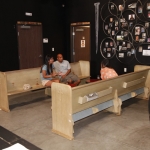 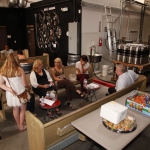 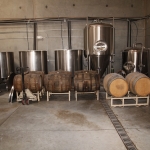 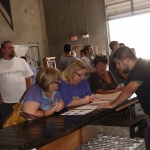 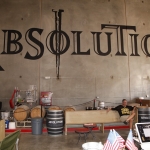 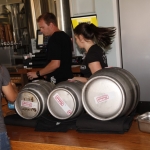 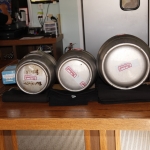 1 2 ►
Back to photos from Strand Brewing, The Dudes’ Brewing, Absolution Brewing and Caskforce at Beachwood BBQ & Brewing