If I have said it once, I have said it a thousand times; timing is everything. It was Friday morning; day six of Craft Beer Tour 2016, day eight on the road and Tanya wanted Cracker Barrel. The closest one was pretty far out of the way and backtracking from whence we came; but it was what she wanted. The point being that we got a pretty late start out of Denver; and we were starting off deeper than when we had ended the prior day.

We took I-76 eastbound which landed us about 100 miles into Nebraska when it connected to I-80; Tanya was not having much luck finding anything around us on her iPhone, so I asked her to text a friend of mine that lives in northern Nebraska for some assistance. Cliff suggested we continue east to North Platte, where we would turn off and go down the road to Loop Brewing Company. Cliff knew nothing of the brewery, but it was the closest thing happening; so we headed that way.

As we were traveling eastward on I-80 I saw a billboard for the Golden Spike Tower. I immediately thought “Transcontinental Railroad” but could have sworn the “golden spike” had been driven significantly further west than North Platte; but it has been a long time since I was in school. Either way, I figured it would be a good place to stop and investigate more about Loop Brewing.

The first thing I saw was that Loop was 66 miles down the highway, which meant a potential 132 additional miles for one brewery; that was not happening. Of course, Golden Spike Tower was just down the road and it might be a good place to let the dogs run around while we stretched our legs.

As we followed the signs to Golden Spike Tower I could not help but notice in the flat Nebraska fields that there was a tower up ahead; it was not gold or shaped like a spike but I figured we could use our imaginations.

When we arrived, we discovered that it was an eight story building with an observation deck looking over Union Pacific’s Bailey Yard; which, in a nutshell, is where east and west bound freight trains meet to switch cars to different engines. Pretty cool if you are into trains, but that is not today’s topic.

Tanya had read some Yelp reviews that suggested they had “nice views” and we were there; so I might as well go up and take some photos. As I approached the tower I saw a sign notifying me that there was a charged admission.

I asked the girl at the counter how much the admission was, to which she responded; “Did you just want to go up the tower or are you here for our craft beer and wine tasting?”

You can probably imagine my surprise; we had arrived just as it was beginning. The Nebraska Beer and Wine Tasting featured six Nebraska production breweries, several wineries and a meadery. As it turns out the third weekend of every September is North Platte Rail Days. The North Platte Rail Days have been going on for many years, and they have had beer tastings there before; but the guy that used to run things stopped doing it, so this was the first time for the new organizers.

For an inaugural event, they did pretty good considering that part of Nebraska is not a bustling metropolis. The Nebraska Beer and Wine Tasting could only feature breweries that bottled or canned, but they still had a nice representation with Empyrean, Kinkaider, Zipline, Thunderhead, and Nebraska Brewing companies all represented.

We had a great time, and the price of admission included the ability to go up to the observation deck on the tower. If you are going through North Platte, it is a nice stop; if you happen to be going through on the third Friday in September you definitely want to stop by for the Nebraska Beer and Wine Tasting that should be happening. If you live in that portion of the country and you enjoy craft beer, the North Platte Rail Days is worth checking out.

After a few samples and a great burger from the BunkHouse Creations food truck, we continued east on I-80 with the names of a few of the breweries we might run into while in Nebraska. One of those was Thunderhead Brewing Company in Kearney.

I had not been in Kearney since the very early 90’s when I was on assignment for a week or two, so I was planning on spending the night there anyway; having Thunderhead Brewing there was icing on the cake.

Thunderhead Brewing is a brewpub in that they have appetizers, salads and pizza available, but I guess we arrived just as the kitchen had closed. I remember Tanya commenting on how good someone’s dish smelled as we walked by. Since there was no food available, we shared a couple flights before deciding what we each wanted for a full pour. The Grapefruit IPA and Cropduster IPA were my favorites, while Tanya enjoyed the Doby Town Apple Wheat.

Thunderhead Brewing Company is located at 18 E. 21st Street in Kearney. It is a fun place with usually at least 15 of their beers on tap. It is definitely worth the stop.

Saturday morning, after doing a little sightseeing in Kearney, we continued east a couple hours to Lincoln and Ploughshare Brewing Company, another brewpub.

When we arrived in Lincoln I was quickly reminded that this was the home of the University of Nebraska – Lincoln Cornhuskers (think Big Red) as they were having a home game that day and Ploughshare Brewing was located right around the corner from the stadium. Luckily, we were in Nebraska and not Los Angeles as parking was still available right out front of Ploughshare.

Ploughshare has an outside, dog friendly patio that we took advantage of while enjoying a couple flights along with a Bavarian Brat and their tomato soup which was the “Big Red” special of the day; I got the impression that [at least] on home game day, everyone has a special that is red.

While we were there I had the pleasure of meeting Ploughshare Brewing’s owner, Matt Stinchfield, who took me on a tour of the facility. Lest you think you are not going to find great beer in Nebraska, Ploughshare Brewing won a silver medal at this year’s World Beer Cup in the German-style bock or maibock category for its Pivo Bublina maibock. In fact, Stinchfield clued me in that his beers are pretty much tailored for those that enjoy European style brews, because many of the Lincoln settlers that came from farming regions of Europe stuck around.

Ploughshare Brewing Company is located at 1630 P Street in Lincoln. They have very good food that is one of the many farm-to-table places you can find in that part of the country. They had several good beers available, with the standouts being Lemon Loves Peach (for very hot days), Schoolmaster Session Hoppy Ale and Tailgate Red.

We easily could have stayed longer, but we had miles to go; so it was onward to Iowa. Cheers!

Back to Photos of Nebraska Beer & Wine Tasting, Thunderhead Brewing and Ploughshare Brewing
[Show as slideshow] 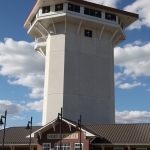 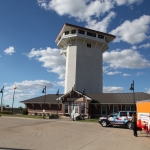 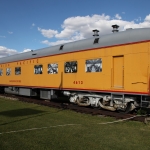 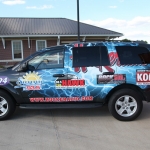 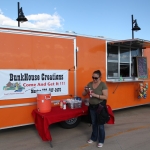 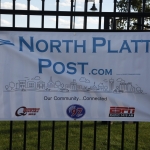 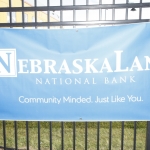 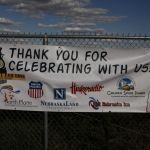 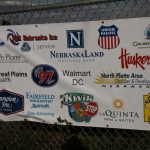 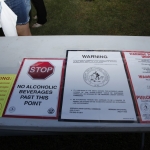 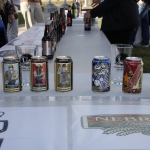 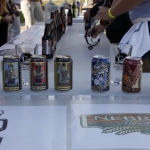 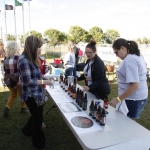 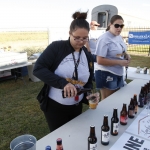 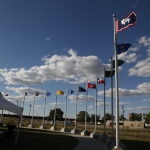 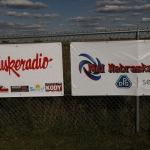 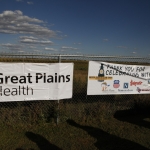 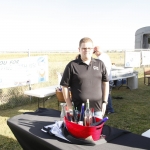 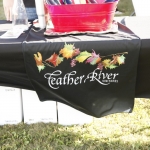 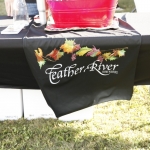 1 2 ... 12 ►
Back to Photos of Nebraska Beer & Wine Tasting, Thunderhead Brewing and Ploughshare Brewing