After having lunch in Lincoln, Nebraska we found our way back to I-80 and set our sights on Des Moines, Iowa.

I am not entirely sure how Granite City Food & Brewery got the nod for our final destination of the evening as in retrospect there seems to be a lot happening there; I suspect because it was the closest brewpub to the interstate, it was getting late and Tanya was hungry. Whatever the reason, it was a good stop.

The Granite City Food & Brewery location we stopped at was in the Clive section of Des Moines; I am still not exactly sure what that means, but if you are in Des Moines asking for directions, I am sure that will help out.

Granite City Food & Brewery is a chain, with Granite City being the nickname of chain’s home base of St. Cloud, Minnesota. Because of weird laws, like not being able to transport alcohol across certain state’s lines (sorry about that, chief), Granite City has a patented method of providing their beers to several states; this method is called Fermentus Interruptus. What it is in practice is that the wort is made in St. Cloud, loaded onto a tanker truck and delivered to their locations around the country. After the wort is pumped into the receiving location, the yeast is pitched and it becomes beer in each location’s fermentation tanks.

When we arrived they had at least eight house brews on tap along with several guest taps; and Tanya got the steak she had been craving. They had some nice brews and even did a couple blends, with The Blarney, a combination of The Bennie (bock) and Broad Axe Stout (stout) being a tasty dessert. The entire Fermentus Interruptus concept is pretty interesting and really makes me want to do a side-by-side comparison to see if every location’s brews end up tasting exactly the same.

The Granite City Food & Brewery location we visited can be found at 12801 University Avenue in Clive.

With Indiana just a few hundred miles away, our Craft Beer Tour 2016 continued Sunday morning as we proceeded east on I-80 towards Munster; with Three Floyds Brewing being our goal for the evening.

A couple hours east of Des Moines is Iowa City, and 20 minutes north of Iowa City was where we found the town of Solon and Big Grove Brewery; another brewpub.

I guess when it comes to locations it is tough to be more Americana than the corner of S. Iowa and Main Street in Solon, Iowa. The whitewashed exterior and watching a couple that had to be at least 90 walk in before us; I just knew this was going to be a good experience.

While waiting to be seated, it was pretty easy for my trained eye to spot Doug Goettsch as a likely owner; he also reminded me of how big the bikers in Iowa are. I don’t know if he is a biker or not, but after meeting many from Iowa memories of Sturgis immediately came to me. Goettsch took time out of his day to show me around the brewhouse while giving me some background and history behind Big Grove.

Big Grove Brewery is definitely one of those farm-to-table places; but what would you expect in the middle of Iowa? We enjoyed their pastrami sandwich and their Doug’s Mac ‘N Cheese along with a flight consisting of their Harvest Ale, 3rd Anniversary Plan A, Ingresso Sour Ale, and Quantum (Un)Finish(ed) DIPA. I don’t know that Ingresso was exactly what I have become accustomed to when it comes to sours, but “you have to brew for your demographic” was a mantra I repeated frequently on this journey.

There was nothing I did not enjoy about our Big Grove Brewery experience; from the quaint town, to the building itself to the beer, food and people that make Big Grove what it is. If you are traveling through Iowa, I highly recommend stopping in.

Big Grove Brewery is located at 101 W Main Street in Solon, Iowa. It doesn’t get much more home-grown America than this. Cheers! 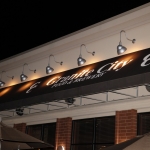 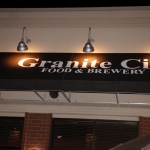 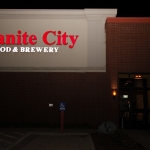 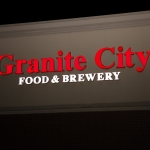 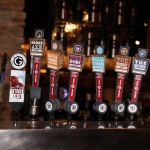 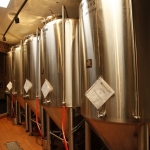 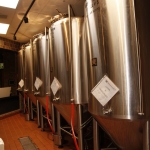 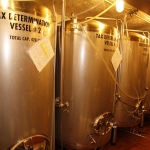 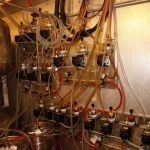 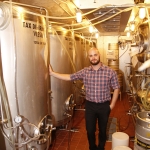 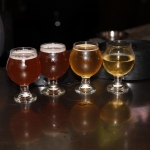 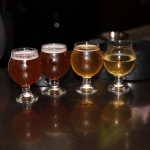 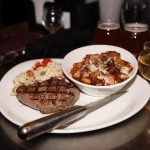 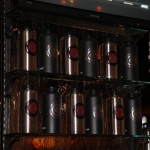 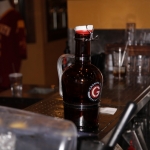 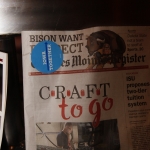 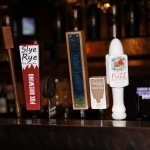 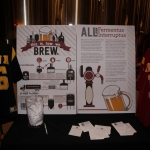 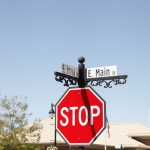 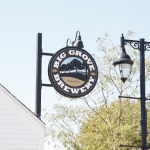 1 2 ►
Back to Photos from Granite City & Big Grove Brewery