Tuesday, April 7 is National Beer Day which commemorates when prohibition on beer was lifted on April 7, 1933. To commemorate this milestone event, I accepted an invitation from the Yard House in Long Beach to attend an event they were having in conjunction with Firestone Walker. Firestone Walker had a very limited release of their Traveling Oak which is Parabola aged in oak barrels that originally aged Old Rip Van Winkle Bourbon for over 10 years and then were used to age Del Maguey Mezcal. After that, Firestone Walker’s Master Brewer, Matt Brynildson got a hold of them. The Parabola was added and aged for a year. To say it was different would be an understatement; pretty much everyone said they really enjoyed it.

Now, I visit Yard House at various times, usually because they are somewhere close that I know is going to have something I like. If I go to Staples, there is a pretty good chance I am stopping at Yard House. What I did not understand was why a limited release beer, that they say will never be made again, would only be made available at six locations in the country (Boston (Fenway), Denver (Downtown), Long Beach, CA, Portland, OR and Seattle), and they are all Yard House locations. Well, Yard House, in addition to having what must be a couple hundred taps of craft beers from around the world, also have a few house brews. While they are currently contract brewing with Uinta Brewing Company out of Salt Lake City, Firestone Walker brewed their beers beforehand.

To help welcome the Traveling Oak, Firestone Walker Master Brewer, Matt Brynildson was spotted serving snifters to customers while such beerlebrities as Firestone’s VP of Sales and Marketing, Dave Macon and Regional Sales Manager, Shane Kral chatted to the fans that showed up. As there is just a small amount of Traveling Oak available for each location, I do not know if they blew the keg or not; but I would not expect it to last past Wednesday if it makes it through the night. Like I said, they have a couple hundred taps so if it is gone, do not despair; I am sure they will have something you like. If you live in one of the cities I named above, check out your local Yard House to see when Traveling Oak is traveling there.

If you think you have had everything Yard House has to offer, they are adding 1,400 new tap handles nationwide, so they might have something new. We did something we never did there before and ordered some food. It was just an egg roll appetizer of some sort, but it was pretty tasty; Moo Shu Egg Roll was the name. Chicken and stuff, it was good.

Yard House Long Beach is located at 401 Shoreline Village Drive in Long Beach. They are open every day and you can bring kids in. Hope you had a good National Beer Day. Cheers! 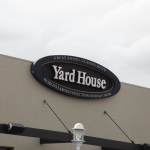 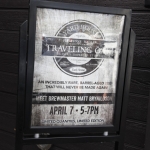 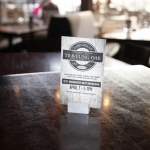 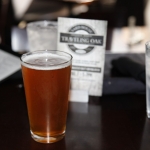 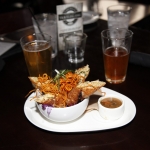 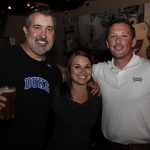 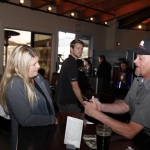 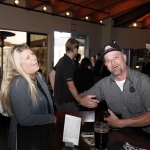 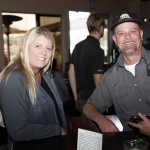 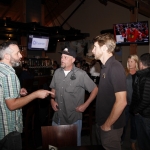 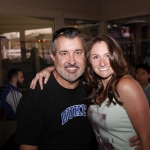 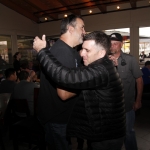 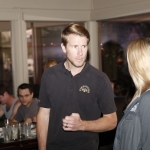 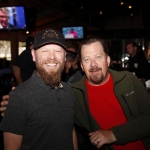 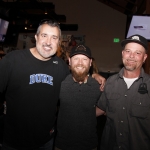 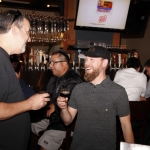 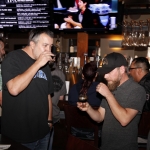 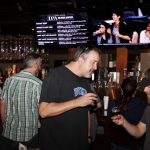 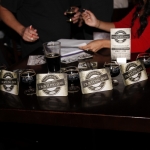 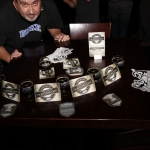