These photos are from Smog City Brewing Company’s Bourbon O.E. Barleywine and Goldie Golden Ale bottle release that was held Saturday afternoon at the Smog City tasting room. I got a somewhat late start, not arriving until a couple hours after they opened, but photos I saw on my Facebook feed indicated that there was a line of Smog City fans waiting outside when they opened. By the time I got there the tasting room was still pretty crowded but the lines moved quickly for those that came for bottles to go, and for those that wanted to try the new releases.

To be honest, my main concern with my late arrival was that the bottles might be sold out; luckily, they bottled about 500 more of each than the last time and there were still bottles of both left when I left. Since Smog City is closed today, Easter Sunday, there might be some bottles available if you show up when they open their doors next Wednesday; I highly doubt they will last much longer than that.

If you do show up at Smog and they are out of bottles, do not despair as there is plenty on tap. They are not selling growlers but a bourbon barrel-aged flight would be highly recommended. They brought out last year’s Goldie to compare to the newest release and the difference is pretty noticeable right from the start with the nose revealing that the bourbon is going to be pretty forward. I believe Belgian Bourbon Candy was the phrase I heard most often.

The Bourbon O.E. is a barleywine that has always been a crowd favorite, but the barrel-aging took it to a new level. For a little variety, they offered pours of the Bourbon O.E. which was aged in multiple bourbon barrels and a single barrel Bourbon O.E. done with Jim Beam barrels. Both of these were quite tasty and I am not a huge barleywine fan.

When I think back to when Smog City first opened and how big and empty their brewery space was, then compare it to today with all the barrels stacked wherever they can fit them it is pretty amazing. When I get to taste what is coming from those barrels, well, I am just really glad that Smog City Brewing is so close to home. Cheers! 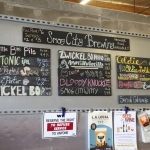 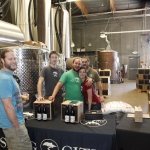 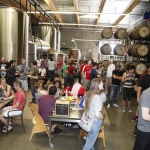 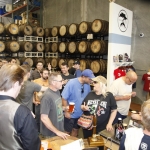 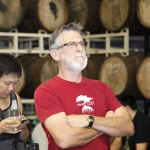 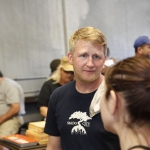 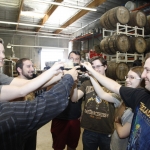 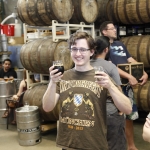 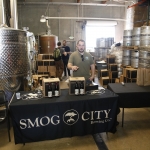 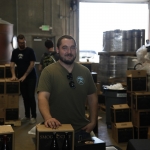 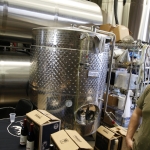 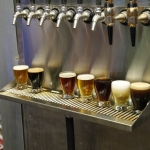 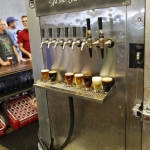 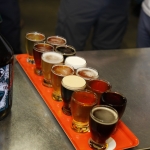 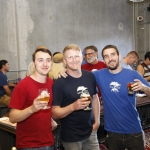 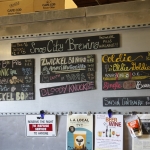 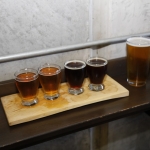 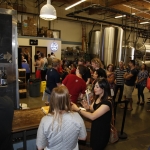 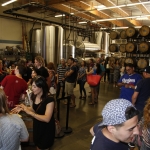