I had an appointment of sorts in Long Beach at around 5:30, and traffic from the South Bay to Long beach just sucks at that hour, so I figured I could visit a few of the newer Long Beach craft breweries beforehand thus beating traffic. The main problem I had was the expectation that since it was a Friday, most of the breweries would be open around noon. It turned out that the only one in the neighborhood that did was Long Beach Beer Lab, so that is where I started.

I had actually visited Long Beach Beer Lab back in August 2016 when they were beginning construction; that is when the first two photos were taken. I had planned on stopping by regularly to photograph the progress of the build, but things just never really went anywhere with that.

Long Beach Beer Lab is a brewpub; I had mistakenly thought that they were going to be using their spent grains to make the various breads the bake on premises, but Head Baker and Co-owner Harmony Sage quickly set me straight. As a classically trained French pastry chef, Harmony is all about the yeast. And as we all know, yeast is a major factor when it comes to brewing beer.

Their food menu featured eight different bread loaves, eight different pizzas, four sandwiches, fermented veggies and a few other side dishes. I started off with a flight and was given a small basket of different breads and butter to sample while cleansing my palate. They were all pretty tasty; if I knew ahead of time, I probably would have brought some virgin olive oil and balsamic vinegar with me.

Long Beach Beer Lab had about 15 of their own brews and a couple guest taps to choose from. Beer Lab’s choices ranged from a 2.8% Sourdough Ale (Pass the Kvassia), to a 12% Imperial Stout (Mother’s Helper). Since I was by myself, and not really sure how the day would play out, I created relatively mellow flight consisting of their The Wrigs Lager, LB Haze IPA, and Dad Beer German Pilsner. Of the three, Dad Beer was my favorite. It was about then that Harmony came over to talk to me about the beer.

I told her my thoughts on The Wrigs (named after the Wrigley neighborhood of Long Beach), and she explained that it was brewed for the ever common visitor that is more accustomed to American lagers like Bud, Coors, and Miller. It is a low 3.5% ABV and is a nice lager but not really my thing; that is when Harmony introduced me to Big Wrigs, a 7.1% Festbier which was definitely more my style.

Since Harmony is all about the yeast and yeast is definitely my weak point when it comes to beer we started talking about Norwegian kveik strains which have become all the rage recently. She told me that they were using it for their darker beers and brought over tasters of the Wasted Degrees Baltic Porter and Mother’s Helper Imperial Stout. While I am not entirely sure what difference the kveik yeast made (although the Wasted Degrees was done with a nine hour boil, so there is that), they were both very nice brews.

Long Beach Beer Lab is more than just a name, it pretty much is a laboratory for beer, thus everything is done in smaller batches.

Long Beach Beer Lab is located at 518 W Willow Street in Long Beach; they are open Wednesday through Monday, are dog friendly, and offer 32oz crowlers to go. They occasionally have bottles available, but you pretty much have to follow their social media pages to hear about them; or just ask when you pay them a visit.

After leaving the Beer Lab, I headed over to Ten Mile Brewing; primarily because it was closest to my final destination combined with the fact that I have enjoyed every beer I have had from them.

The first time I visited Ten Mile Brewing was last year after Festival Obscura. A year ago they had 11 taps pouring, on my most recent visit they had 15; with an even wider variety than my first visit.

As I did not have time for a flight, I opted for the Hidden Hollow Traditional Ale/Kentucky Common; it was a pleasant, true-to-style brew. As I was preparing to leave, they tapped their Hop Exposure DIPA; I made time for a half pour, which I did not regret. It was pretty hoppy but balanced at the same time.

Ten Mile Brewing is located at 1136 E Willow Street in Signal Hill. They are open Wednesday through Sunday, are dog friendly, and have food trucks just about every day. On the day of our visit (I was with Buddy) food was being prepared by Anarchy Seafood, Buddy’s favorite of all food trucks; he highly recommends the salmon. Ten Mile Brewing offers crowlers, growlers and some bottles to go. Cheers! 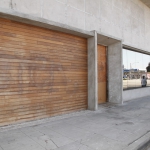 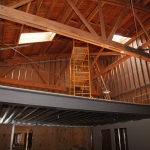 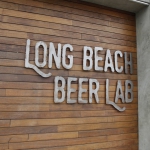 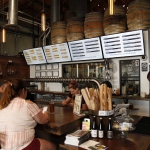 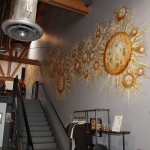 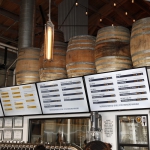 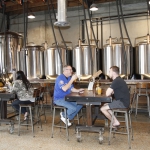 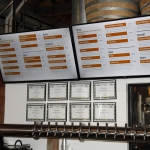 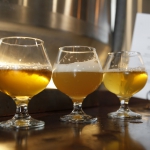 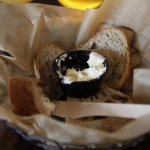 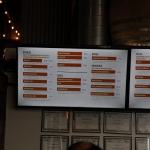 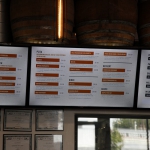 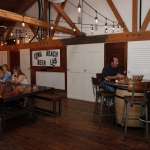 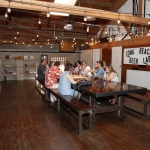 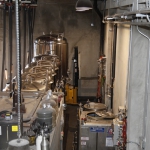 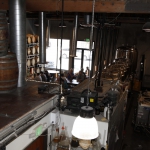 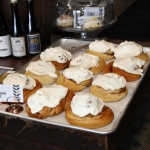 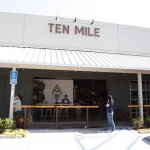