When I first started writing about craft breweries, it was pretty easy to keep up and even stay on top of things. Heck, you used to be able to visit all the Torrance breweries in one day without making it almost a chore. But the times are definitely changing and it has become difficult for me to stay current with the craft beer growth happening with our neighbors to the south of me, the Long Beach area.

Last Saturday I was in Signal Hill, a close neighbor of Long Beach, for the Festival Obscura at Sunnyside Cemetery. As I was talking to the guys manning the taps at the Ten Mile Brewing booth I learned that the craft brewery and tasting room were literally across the street from the cemetery; you could see the sign through the trees. I decided I would make one more stop after I finished up at the festival.

Apparently I was not the only one that had the same idea, as I noticed many festival wristbands and a line to the restroom that was reminiscent of the line for the toilets at Festival Obscura. That did not bother me as I was there for the beer and that line moved quickly.

I guess the first time I encountered Ten Mile was last September at the inaugural Craft Beer LB Fest, which was a week or so after they opened. Since the tasting room was so busy, I did not get a lot of information, but I was given access to the stairs so I could get a nice shot, and those photos are helping me piece some of this together.

It looks like they are brewing with a 10bbl system and four or five fermenters that I am guessing are made up of a combination of 10bbl and 20bbl, but that is a guess. What I can tell you for sure is that on the day of my visit they had 11 taps open consisting of a Kentucky Common, a milk stout, a lager, a Schwarzbier, and a couple IPAs and pale ales; in other words, they had a wide variety. Since I knew I would be a one and done, I opted for the Trail Marker IPA, primarily because it was the only beer that was not available for growler or crowler fills. I was not disappointed. It was a delicious, clean, West Coast IPA that I could actually see through! I will have to return when I can spend some time over a couple flights.

Ten Mile Brewing Company is located at 1136 E Willow Street in Signal Hill. They are currently open Wednesday through Sunday, are family and dog friendly, and they have growlers and crowlers to take home. They had a food truck the day I was there but I did not notice a schedule, so I cannot say how often they are there. Cheers!

Back to Photos from Ten Mile Brewing Company
[Show as slideshow] 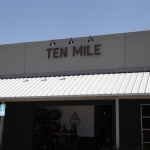 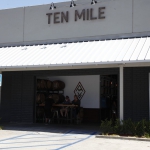 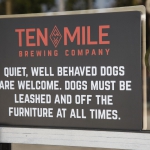 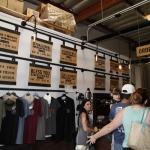 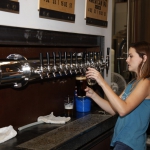 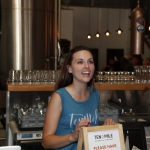 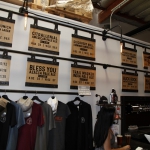 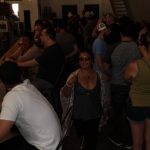 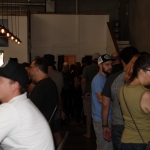 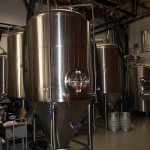 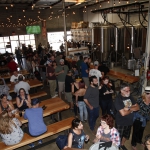 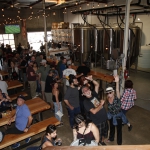 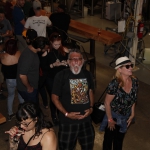 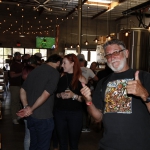 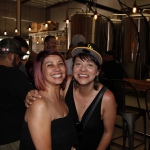 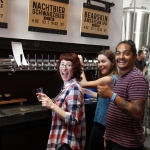 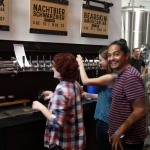 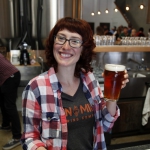 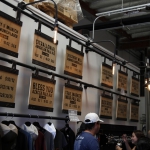 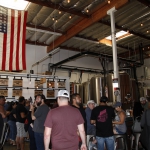 1 2 ►
Back to Photos from Ten Mile Brewing Company