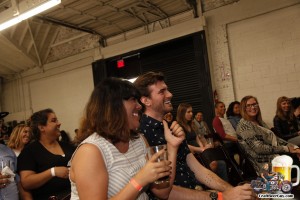 Tickets for Laughs By Volume III are $30.00 at the door or $25.00 if you purchase them online. Naturally, I have a discount for you; use Promo Code CBG23 to save 10%. Included in the price of admission you get a souvenir PINT glass, unlimited pours and a gift bag containing coupons, products and special offers from their participating sponsors valued at $300.

Once again, LYFT is providing free rides to and from Laughs By Volume for those within 7 miles of the venue; if you live further then you will receive a discounted ride. To get the discount, simply enter code PARTYCAR after clicking payment.

This venue has limited capacity, so only 150 tickets will be sold; do not delay, buy your tickets today! I hope to see you there. Cheers!