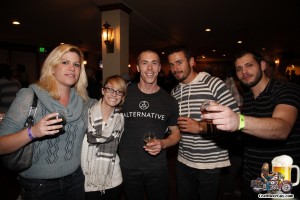 As home to the biggest and longest running (almost 50 years) Oktoberfest this side of the Mississippi River, there is no doubt that Alpine Village has long been known as having one of the South Bay’s best selections of German and Czech biers; what has not been realized is what an outstanding selection of American craft beers they have. After their 2012 Alpine Bier Fest, which had almost as many craft beers to choose from as attendees, Alpine Village General Manager Otto Radtke confided to me that his intention was to make his craft beer festival grow into an internationally recognized beer festival. To that end he has had two more American craft beer festivals and last July they had their first Euro Bierfest. The L.A. Local Craft Beer & Artisanal Food Fest will feature Los Angeles area craft breweries and local artisanal food vendors. 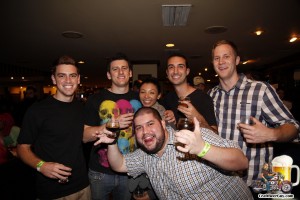 There is always fun at Alpine Village’s beer festivals

The L.A. Local Craft Beer & Artisanal Food Fest will be held at the Alpine Inn Restaurant in Torrance on April 18, 2015 from noon until 4:00 PM. General admission is $40 at the door with significant discounts for those that purchase their tickets early online. If you purchase your ticket online before April 1 you will automatically get a $7.50 discount; if you use PROMO CODE: LALOCCB by the end of the day on March 31 you will receive an additional $2.50 off for a total savings of $10.00! You can purchase your tickets through Admit One Products or Eventbrite; be advised that Eventbrite has a little higher service fees so you might want to use Admit One Products.

Included in the price of admission is a glass taster glass, unlimited beer tastings and 15 tickets for food tasting. One thing you should know ahead of time is that while many local beer festivals are charity fundraisers, and as such the beers are normally donated. This usually results in the breweries bringing their flagship brews. This is not a fundraiser and Alpine Village buys the beer rather than looking for donations; this usually means that you will see special brews being poured by the breweries.

Alpine Village really goes all out on their beer festivals and you can be sure that the same will hold true with the L.A. Local Craft Beer & Artisanal Food Fest. Don’t forget to get your tickets early and save $10 per ticket over the price at the door. You will not regret it and I look forward to seeing you there. Alpine Village Inn Restaurant is located at 833 W. Torrance Boulevard in Torrance. Cheers!